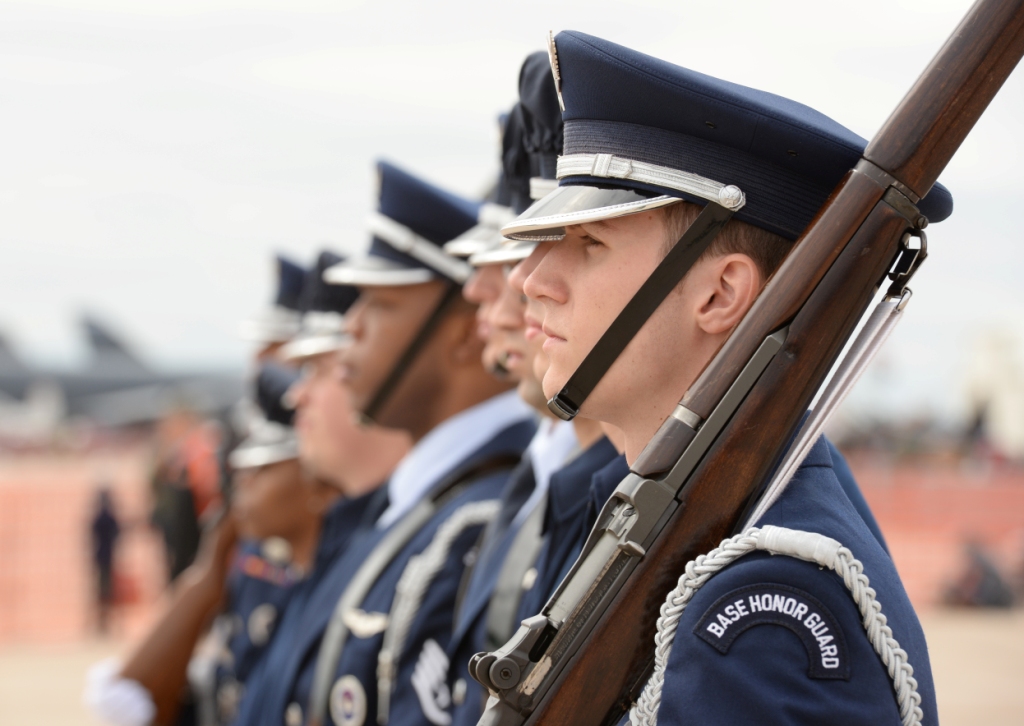 Altus, Oklahoma, U.S.A. Altus AFB has deep roots in the history of military aviation and continues to be at the forefront of aviation training. Indeed, the city of Altus is known throughout the Air Force for its enthusiastic support for our servicemen and women. The City of Altus is one of Oklahoma's fastest-growing, most prosperous and progressive cities. Altus offers a good family life and some of the finest game lands in the country. Military Retires find Altus' cost of living an important factor for picking Altus to spend their retirement years. The base operator's phone number is 580-482-8100 or DSN 312-866-1110. No live operators on duty - fully automated system.

Altus Army Air Field began training pilots to fly twin-engine aircraft in 1943. Most of the 5,377 graduates served in Europe in World War II. The Army stopped using the field in 1945. The Air Force activated Altus Air Force Base in 1953. A Tactical Air Command troop carrier wing operated from Altus for ten months, and then the Strategic Air Command assumed control of the base. It operated bomber and tanker aircraft and maintained 12 Inter-Continental Ballistic Missile sites around southwestern Oklahoma. Military Airlift Command assumed operations in 1968, making Altus the formal training base for C-5s and C-141s. These large airplanes necessitated a major construction effort including a fuel doc, avionic repair shops, a flight simulator, and alteration of the hangers. The 443rd Military Airlift Wing trained crews at Altus until 1992. Then the Air Force inactivated the 443rd and activated the 97th Air Mobility Wing. In 1993, Military Airlift Command turned the wing and base over to Air Education and Training Command. Soon after that the KC-135 Combat Crew Training School moved to Altus from Castle AFB, California. The 97th Air Mobility Wing is new to the airlift mission, but has a long bomber/tanker history. The Wing dates back to 1947, when the Air Force activated Mile 26 Air Field, later Eielson AFB, Alaska. The 97th has operated several B-29 and B-47 variants, but flew B-52s for over 30 years. It also pioneered the use of boom-equipped tanker aircraft for the air refueling mission. The Wing has participated in many contingencies and wartime operations. A B-52 from the 97th flew the last bombing mission over Cambodia during the Southeast Asia Conflict. Members of the 97th formed a provisional wing in England in 1991, and flew bombing missions during Desert Storm. For more of Altus' history visit the installation's homepage.

Over the years Altus' role has evolved into four distinct missions. Our primary mission, as the nation's C-17, and KC-135 Strategic Airlift and Air Refueling Training School, is to provide quality training to produce the finest combat-ready aircrew members--ensuring global reach for America. In with our training mission, our instructor force maintains operation currency so that they, as highly-qualified, combat-ready aircrew members, can deploy to augment worldwide contingencies. We maintain approximately 550 mobility positions available for immediate worldwide deployment. Finally, we act as the wartime aerial port of embarkation for over 27,000 soldiers, and their associated equipment, from the U.S. Army, Fort Sill, Oklahoma, located 50 miles east of Altus.

If you are in need of a sponsor contact your unit Intro Monitor or the Airman and Family Readiness Center's relocation manager for assistance in obtaining a sponsor. The 24-hour arrival point to Altus Air Force base is the Red River Inn, Building 82. The front desk will be able to answer any questions you may have on TLF. Maintain contact with your sponsor during all phases of your PCS, contact sponsor upon your arrival and/or make arrangements for you sponsor to meet you upon arrival. If your family is traveling with you, have your sponsor make reservations at the billeting office at least four weeks in advance, 580-481-7356 or DSN 312-866-7356.