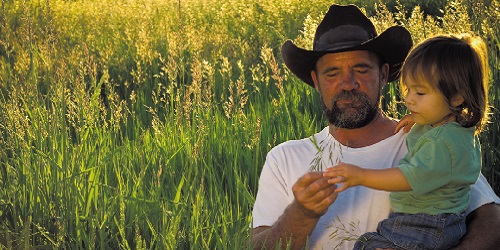 Taylor County was established in 1858. Named after brothers Edward, James and George Taylor — defenders of the Alamo — the county was created from former areas of Bexar and Travis counties. Largely unsettled until the U.S. Army defeated the area’s Penateka Indians, European settlers did not arrive until the 1870s. Early settlers consisted of buffalo hunters and bone gatherers. In 1878, a small settlement near the center of the county, Buffalo Gap, became the seat of government. However, when the Texas and Pacific Railway bypassed Buffalo Gap its population began to decline. The railroad promoted Abilene as the “future great city of West Texas,” and it became the county seat in 1883.

While ranching had dominated the local economy, crop farming significantly increased throughout the 1890s. Hundreds of farmers moved to the area, and cotton cultivation expanded rapidly. By 1910, there were more than 2,400 farms and the population had risen to more than 26,000. Droughts in the 1910s and the Great Depression wiped out many cotton farmers, and the sharp decrease in cattle prices hurt ranchers as well. In the years after World War II, the local economy diversified. Oil, which had been discovered in the county in 1929, became an important part of the local economy in the early 1940s. Along with oil production, the completion of Dyess Air Force Base in 1956 helped boost the local economy.

A decline in petroleum production in the 1970s and 1980s encouraged industrialization. In 1985, 145 industrial plants employed 5,800 workers. Though a large part of county’s land and economy was still in farms and ranches, the county’s industries included meat packing, soft-drink bottling, men’s clothing manufacturing, plumbing fittings, watches, clocks and aircraft equipment.

The climate in Taylor County is semi-arid. Average temperatures range from a low of 31 degrees in January to a high of 96 degrees in July. Taylor County receives an average annual rainfall of 23.59 inches. On average, residents can enjoy 244 sunny days a year.

However, because of Taylor County’s location in Texas, residents should be prepared for the possibility of floods, storms and tornadoes.

If you are outdoors during a rainstorm, seek higher ground. Avoid walking through any floodwaters — even water six inches deep can sweep you off your feet. If you are driving, avoid flooded areas. The majority of deaths in a flash flood occur when people drive through flooded areas. Roads concealed by water may not be intact. Water only a foot deep can displace a vehicle. If your vehicle stalls, leave it immediately and seek higher ground. Rapidly rising water can engulf a vehicle and sweep it away.

Pay close attention to storm warnings and always follow the instructions of local officials. Head indoors when thunder and lightning hits, avoiding electrical appliances and plumbing fixtures. Unplug desktop computers and other electronics, or use a surge protector. The National Weather Service recommends following the 30/30 Rule, which states that people should seek shelter if the “flash-to-bang” delay (length in time in seconds from the sight of lightning to the arrival of thunder) is 30 seconds or less and should remain under cover for 30 minutes after the final thunder clap. For more information, visit the National Weather Service at www.lightningsafety.noaa.gov.

Tornadoes
Partly due to its size, Texas has more tornadoes than any other state. Taylor County is in the southern part of “Tornado Alley.” Tornadoes usually form during a thunderstorm, and occasionally accompany tropical storms and hurricanes that move over land.

Tornadoes can develop quickly, with minimal warning, so it is important to have a plan in place before they occur. Know where the safest place of shelter is in your home — a basement, or an inside room on the lowest floor (like a closet or bathroom) if your home does not have a basement. Avoid windows and get under something sturdy, like a heavy table, and cover your body with a blanket or mattress to protect yourself from flying debris.

For more information on tornado preparedness, visit the Centers for Disease Control and Prevention (CDC) website at www.emergency.cdc.gov/disasters/tornadoes.

Located in west central Texas, Taylor County covers nearly 920 square miles of Texas. Taylor County has a population of approximately 133,000, the majority of which resides in Abilene, with a population of more than 117,000. Abilene is the center of a 22-county area commonly referred to as the “Big Country.” It also serves as the county seat. Other communities in the county include Merkel, Tye, Tuscola, Buffalo Gap and Lawn.

The county is mainly a prairie, with brushland and some wooded areas. The Callahan Divide, a 26-mile range of hills that separates the Brazos and Colorado rivers, crosses through the county from east to west.

Taylor County offers many attractions, along with plenty of history, culture and modern amenities. In addition to its numerous parks and lakes, there are museums, theaters and a zoo. Outdoor activities abound, including golfing, camping, horseback riding, fishing and hunting. Those interested in the county’s history can visit any of the 65 historical markers, which chronicle the area’s rich Western heritage.

There are also many shopping, dining and nightlife opportunities for residents to explore. A number of annual events and festivals celebrate everything from Texas’ history to its music and art.