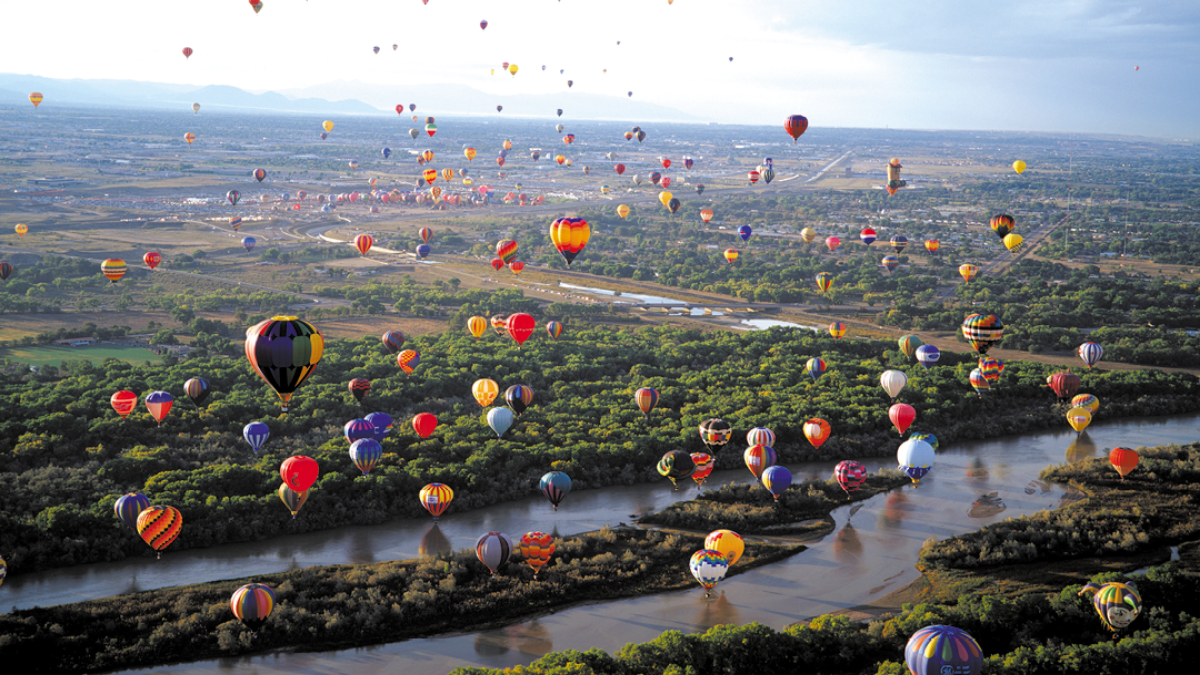 There are plenty of entertaining activities in the Bernalillo County area — music, theater, museums, sports, parks and shopping. Make a splash in the Big Flush Water Coaster at Cliff’s Amusement Park, for instance, or tee off at one of the many 18-hole golf courses in Albuquerque. Don’t miss the New Mexico State Fair in Albuquerque or the hundreds of hot air balloons floating in the International Balloon Fiesta. And be sure to check out the American International Rattlesnake Museum.

Residents of Bernalillo County will enjoy a variety of annual events, festivals and community gatherings.

ABQ CiQlovía (pronunciation: see-clo-vee-a) is the Albuquerque version of the global phenomenon known as ciclovía or open streets. The word refers to events where specific city streets are temporarily closed to cars and opened up for people to walk, ride, play and reimagine our largest public space: streets. The October event also serves as a stage for demonstration projects to improve bicycle and pedestrian infrastructure in downtown Albuquerque. Other activities include bicycle rodeos to teach kids how to ride safely, a climbing wall, yoga and art.

Albuquerque Comic Con, New Mexico’s comics and comics-in-film convention, will feature media and comic guests that are second to none. There will be vendors, media and panels, gaming and celebrity autographs as well as photo ops. The event is held at the Albuquerque Convention Center over a weekend in January.

The International Balloon Fiesta takes place over nine days in the beginning of October with hundreds of hot air balloons taking flight from the 78-acre launch field. This event has been around for more than 40 years and fills the sky with colorful balloons in addition to providing entertainment in the form of flamenco dancers, mariachis, drummers and live music.

Come celebrate the Fourth of July with the city of Albuquerque at the Balloon Fiesta Park. This free, all-ages event hosts one of the largest firework shows in the state. Taste food from more than 25 vendors, cool off with a drink at the microbrew garden and walk through a car show. There are also activities for the kids.

The largest gathering of Native Americans in the nation takes place in Albuquerque during the last weekend of April. The powwow is held at the University of New Mexico basketball stadium (The Pit) and includes drumming and dancing by some 500 tribes in traditional garb, concerts and the Miss Indian World pageant.

The Lantern Fest in October is an opportunity for thousands of revelers to join together as a community and create an unforgettable spectacle of light. After an afternoon of live music, dancing and s’mores, when the sun sets we light the sky with lanterns. Historically, lanterns were used to symbolize good fortune, request favorable weather or celebrate the life of a loved one. Families and friends can dance to music, roast marshmallows and munch on snacks provided by local vendors, all before watching the lanterns float away in an unforgettable release.

The New Mexico State Fair is held in September at Tingley Coliseum in Albuquerque. The fair features free concerts, a rodeo, livestock shows, a challenging haze maze, the green chile cheeseburger challenge and the Reithoffer Midway Carnival which includes the standard fair offerings of carnival rides, games and attractions.

The Santa Fe Wine and Chile Fiesta brings together 90 wineries, 75 of the city’s best restaurants and a history of culinary excellence to bring you a food-lovers mini-paradise. The festival takes place over five days in September and includes cooking demonstrations, seminars, tastings, lunches and dinners.