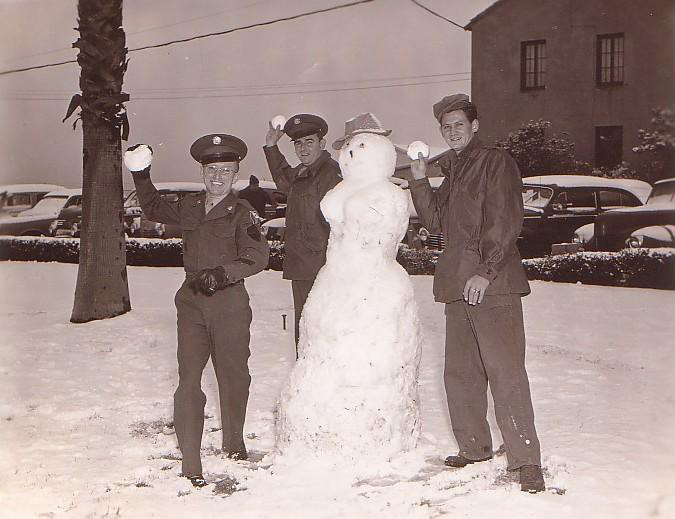 On March 20, 1918, Alessandro Flying Training Field became March Field, named in honor of Second Lieutenant Peyton C. March, Jr., son of the Army Chief of Staff, who had been killed in a flying accident in Texas the previous month. In April 1923, March Field closed its doors and was reopened in March 1927. In the months ahead many Air Force leaders completed their initial flight training at March Field. From 1949 to 1953, the B-29 Superfortresses dominated the flightline at March Air Force Base and in 1960, the first Reserve unit was assigned flying C-119s. The first B-52B bomber, "The City of Riverside" came to March in September 1963, and the first KC-135, "The Mission Bell" arrived on October 4, 1963. For the next twenty years this venerable team would dominate the skies over what had come to be called the Inland Empire as the 22d Bombardment Wing played a feature role in the Strategic Air Command's mission. In 1982, the 22d became an air refueling wing with the new KC-10 tanker and the California Air National Guard arrived, bringing with them the F-4C's. In 1993, March Air Force Base was selected for realignment. As part of the Air Force's realignment and transition, March's two Reserve units, the 445th Airlift Wing and the 452d Air Refueling Wing were deactivated and their personnel and equipment joined under the 452d Air Mobility Wing on April 1, 1994. On April 1, 1996, March officially became March Air Reserve Base. For more details about the history of March Field visit the March ARB homepage.