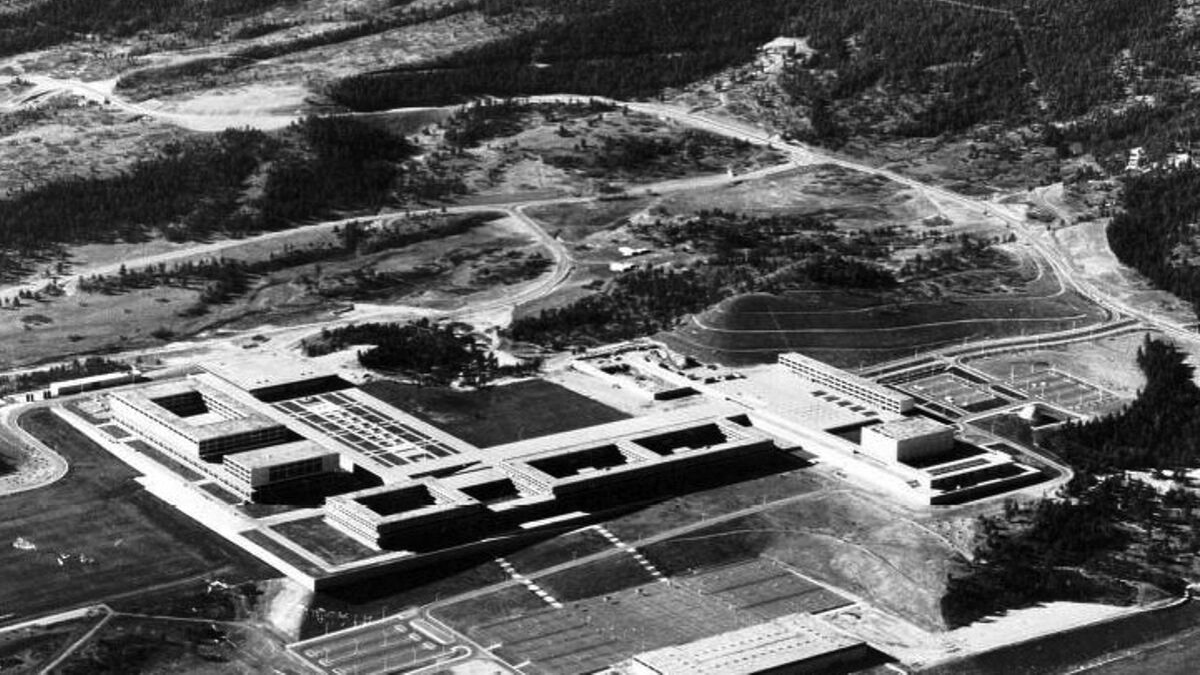 Honor our past, focus on our future.

AT THE U.S. AIR FORCE ACADEMY, WE TAKE A TREMENDOUS AMOUNT OF PRIDE IN OUR RICH AND STORIED HISTORY.

From the very foundations of our institution, the legacy of the Long Blue Line has been the development of leaders of character. We build on that by tirelessly pursuing innovation, elevating standards for leadership and holding steadfast in our commitment to service and sacrifice. We recognize that each and every individual is an integral member of the Academy community and pushes us forward into building upon our proud history and into the next generation of the Air Force Academy.

As aviation advanced after the Wright Brothers’ first flight, the nation’s military aviation service followed a constantly growing lineage from 1907 to 1947. Officials discussed the establishment of an aeronautical academy for decades, and when the Air Force became a separate service in 1947 under the National Security Act, plans for an Air Force Academy officially got underway.

The plan made little progress until 1949, when Secretary of Defense James Forrestal appointed a board of military and civilian educators. The board, headed by Dwight D. Eisenhower (then Columbia University president) and Robert L. Stearns (University of Colorado president), was tasked to recommend a general system of education for the Army, Navy and Air Force.

Congress finally authorized creation of the U.S. Air Force Academy in 1954. Harold E. Talbot, the secretary of the Air Force at that time, appointed a commission to assist him in selecting a permanent site. After traveling 21,000 miles and considering 580 proposed sites in 45 states, the commission recommended three locations — Alton, Illinois; Lake Geneva, Wisconsin; and Colorado Springs, Colorado.

Members of the committee bore in mind the advice of West Point and Annapolis representatives who suggested the Academy have an area large enough to accommodate cadet training and future expansion. Other criteria for the site included natural beauty, a variety of local educational, religious, cultural and recreational facilities, and proximity to large cities.

The main concern regarding the Colorado location was whether the Rocky Mountains or wind currents would affect flight training. Famous aviator Charles Lindbergh flew over the proposed site and declared it fit for flying. Shortly after, Talbot selected the Colorado Springs site, and the state of Colorado contributed $1 million toward the purchase of the property.

On July 11, 1955, the same year construction began, the first class of 306 men swore in at a temporary site at Lowry Air Force Base in Denver, Colorado. Lt. Gen. Hubert R. Harmon, a key figure in the development of the Academy, was recalled from retirement to become the first superintendent.

The first class to enter the Academy chose the falcon as the mascot because it possessed characteristics that typify the U.S. Air Force — speed, graceful flight, courage, alertness and noble carriage. The first class also established the honor code, which is a vital segment of cadet life today.

It was the intent of the Air Force to create a landmark equal to that of West Point, Annapolis or any other highly visible national asset. To accomplish this goal, the best design talent was commissioned to plan and design the campus. This talent included the architectural firm of Skidmore, Owings and Merrill, photographer Ansel Adams, industrial designer Walter Dorwin Teague, landscape architect Dan Kiley and noted graphic designer Herbert Bayer. The result is one of the largest assemblages of modern architecture, and today, the Academy’s cadet area is recognized as a National Historic Landmark by the U.S. Department of the Interior.

The move from the temporary site at Lowry to the permanent site took place in fall 1958, as members of the cadet wing marched through the North Gate to the cadet area. Amid the construction, education and training, the first class of 207 cadets graduated and was commissioned June 3, 1959.

In 1961, the U.S. Air Force Academy Preparatory School was founded and is currently housed approximately 6 miles from the cadet area.

The most sweeping change since the Academy’s formation was the admission of women in 1976. The change was officially brought about by Public Law 94-106, and signed by President Gerald Ford on Oct. 7, 1975, although preparation had begun years before. On May 28, 1980, 97 of the original 157 female cadets completed the program and graduated.

The space shuttle program formally launched Jan. 5, 1972, as President Nixon announced that NASA would proceed with the development of a reusable space shuttle system. As early as 1965, the school offered a major in astronautical engineering — one of the few accredited undergraduate astronautics programs in the nation — as well as a space physics focus and an interdisciplinary space operations major.

Col. Karol Bobko, class of 1959, was the first graduate in space, piloting the space shuttle Challenger in April 1983. Maj. Susan J. Helms, class of 1980, was the first female graduate to fly in space as a mission specialist aboard Endeavor in 1993. To date, 39 Academy graduates have become astronauts for NASA, producing the second highest number of astronauts next to the Naval Academy.

In 2006, the Academy began a $1 billion, multiyear construction plan to update several areas of the campus’ 50-year-old infrastructure. Energy efficiency and sustainability are at the foundation of the “Fix USAFA” renovations. The 2008 Academy Energy Strategic Plan details a vision to improve the Academy’s stewardship of fiscal and natural resources by becoming a leader in the world of renewable energy — this vision also includes a goal for the Academy to be a “net-zero” electricity installation (to produce 100 percent of its own electricity needs) and a carbon-neutral installation.

As our world changes, the Academy continues an impressive track record of innovation. The school remains a leader in developing air, space and, most recently, cyberspace officers for the No. 1 air force in the world.