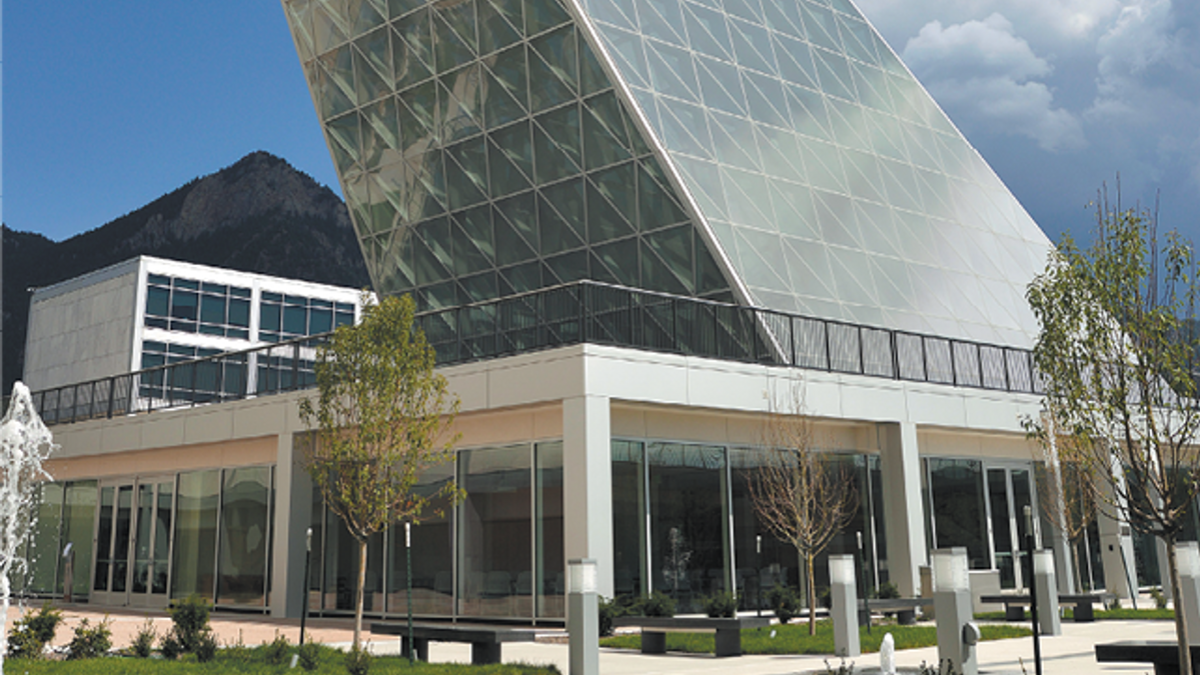 Get to know your U.S. Air Force Academy.

FROM OUR MODERN-DESIGNED HALLS TO OUR UNIQUE ORGANIZATIONAL STRUCTURE, WE INVITE YOU TO GET TO KNOW YOUR ACADEMY.

A cadet’s life is centered around eight major buildings, many of which were named after officers who are vital to the history of the U.S. Air Force Academy.

McDermott Library is on the north end of Fairchild Hall and boasts more than 1.8 million items, including nearly 1,000 research journals and more than 50 online subscription databases. The library is named after Brig. Gen. Robert F. McDermott, dean of the faculty from August 1956 to July 1968.

The Cadet Chapel serves as an all-faith center of worship for cadets and includes Protestant, Catholic, Jewish and Buddhist chapels, an All-Faiths Room and Falcon Circle, each with its own entrance. The Cadet Chapel is both the most recognizable building at the Academy and the most visited man-made tourist attraction in Colorado.

Welcome to Polaris Hall, the newest structure at the Academy and home to the Center for Character & Leadership Development.

Crowned with an intricate framework of glass and steel, Polaris Hall features over 43,000 square feet that’s comprised of a large, centrally located lecture hall, state-of-the-art meeting and collaboration rooms, and the Honor Board Room.

The 105-foot tower is positioned to face the North Star, Polaris, and symbolizes the core values of the Academy. It’s here that cadets, instructors, military leaders, and public and private officials come together to instill in Academy cadets the integrity and moral compass that will guide them for years to come.

The CCLD supports all eight competencies of the Academy essence, in particular, developing character and leadership. The center’s activities and initiatives are firmly grounded in its conceptual framework for character and leadership development, creating an environment where cadets and faculty alike “own, engage and practice” the habits of honorable thoughts and actions in line with an identity of a leader of character. CCLD’s objective is to graduate officers who: live honorably, consistently practicing the virtues embodied in the Air Force core values, lift others to be their best possible selves, and elevate performance toward a common and noble purpose.

Today and for years to come, the impact of the public-private partnership that supported the construction of Polaris Hall will enable the integration of character and leadership education programs for the 4,400 students at the Academy and beyond. What takes place in the CCLD will challenge and change the way cadets think and learn.

Fairchild Hall and Fairchild Annex are home to academic classrooms, including state-of-the-art science labs, departmental offices and an expanded cadet medical and dental clinic. The academic building is named after the
first commander of Air University, Gen. Muir S. Fairchild.

Arnold Hall, the cadet social center, has a large ballroom, a 2,804-seat theater, a food court and recreation areas. The building is named after the first general of the Air Force, Gen. Henry H. “Hap” Arnold, chief of the Army Air Forces during World War II.

Vandenberg and Sijan Halls are the cadet dormitories and contain living quarters, a store, barbershops, supply and counseling offices, and rooms for professional activities and recreational clubs. Vandenberg Hall is the second-largest university dormitory in the country, after the United States Naval Academy’s Bancroft Hall. The dorms are named after Gen. Hoyt S. Vandenberg, the second Air Force chief of staff, and Capt. Lance P. Sijan, the only Academy graduate to receive the Medal of Honor. 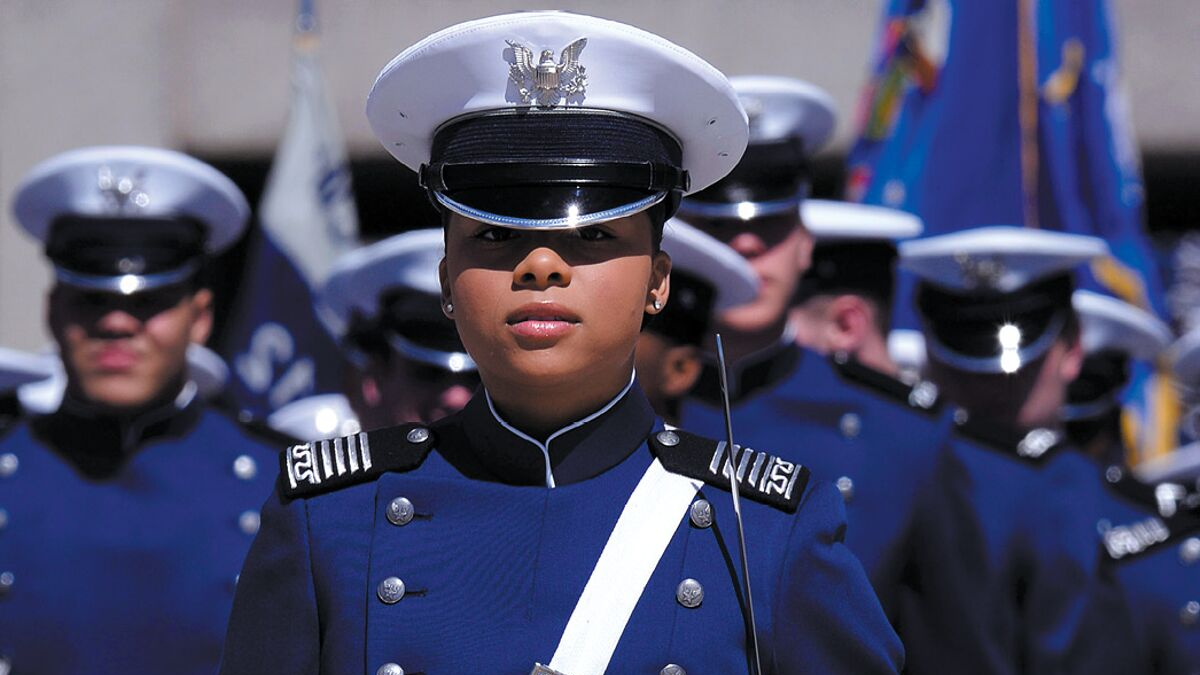 The Association of Graduates is the alumni association of the U.S. Air Force Academy. It is a nonprofit organization devoted to serving its members, improving the Academy by enriching the cadet experience and funding programs not supported by appropriated funds.

The DOD Medical Examination Review Board schedules and evaluates more than 30,000 medical examinations annually. The board determines the physical qualification or disqualification status on all applicants applying for appointment to the five U.S. service academies, four Reserve Officer Training Corps scholarship programs and the Uniformed Services University of Health Sciences. The board also provides an option for direct Army commission applicants for the Army Medical Department, Judge Advocate General Corps and the Chaplain Corps for the active, reserve and National Guard components.

The Dean of Faculty consists of more than 750 military and civilian personnel and oversees the academic development of cadets. It is home to 20 academic departments, five staff agencies, the McDermott Library, the Office of the Registrar and Directorate of Education, and numerous research centers and working groups.

With 27 men’s and women’s Division I intercollegiate sports teams, the objective of the Academy athletic program is to provide all cadets a realistic leadership experience in a mentally and physically challenging environment. The teams are members of the highly competitive Mountain West Conference, Atlantic Hockey Association, Big 12, Western Athletic Conference, Mountain Pacific Sports Federation and Western Water Polo Association.

The 10th Air Base Wing provides quality support to enhance the education and development of future Air Force leaders. As the largest organization at the Academy, the 10th Air Base Wing is responsible for ensuring medical, engineering, logistics, communications, personnel, services, security and other key support for close to 10,000 military, civilian and family members on base.

The mission of the Academy endowment is to provide efficient and perpetual stewardship of donated gifts. While the Academy attracts the best young men and women and provides the best academic experience, the endowment upholds the permanency and efficacy of donations in accordance with the donor’s intent.

The United States Air Force Academy Preparatory School’s mission is to motivate, prepare and evaluate selected candidates in an academic, military, moral and physical environment to perform successfully and enhance diversity at the Academy.

Through a rigorous 10-month schedule of academics, military training and athletic conditioning, cadet candidates are instilled with the skills and character necessary for success at the Academy and in the Air Force.