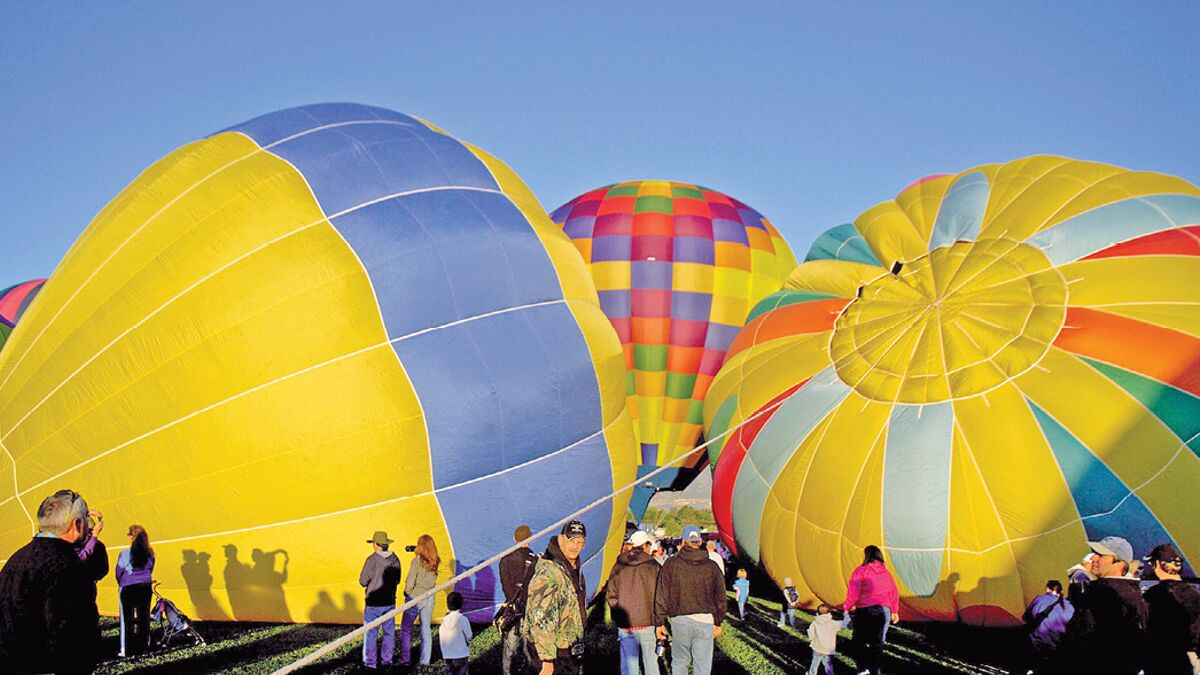 FROM THE AWE-INSPIRING ROCK FORMATIONS IN THE GARDEN OF THE GODS AND TOWERING VISTAS OF PIKES PEAK, TO THE LEGACY OF ATHLETIC EXCELLENCE AT THE U.S. OLYMPIC HEADQUARTERS AND OLYMPIC TRAINING CENTER, THERE IS MUCH TO SEE AND DO IN THE COLORADO SPRINGS AREA. GET TO KNOW YOUR COMMUNITY, SHARE IN ITS RICH HISTORY AND MAKE YOUR OWN MARK IN THIS SPECIAL REGION OF COLORADO’S FRONT RANGE.

When Capt. Zebulon Pike sighted Pikes Peak in 1806, “Pikes Peak or Bust” became a rallying cry for miners headed west to find their fortunes. A group of prospectors chose the Colorado Springs site as the center for mountain mining activity, and this town became known as El Paso City.

Combining scenic beauty, pleasant residential areas, modern industry, attractive military installations and cultural activities to satisfy every taste, Colorado Springs is a well-rounded community. The city offers a variety of recreational activities. You can hike in the morning, golf in the afternoon and, in the evening, take in a chuck wagon dinner, a graduate-level class or even attend the symphony.

The city is situated on a gently rolling plateau 6,035 feet above sea level, sheltered by the towering 14,110-foot-high Pikes Peak. This locale assures cool, dry summers and comfortable, mild winters with the low humidity tempering the extremes of the respective seasons.

Colorado Springs is one of the most educated urban areas in the nation. Public, private and parochial schools alike enjoy a favorable student-to-teacher ratio.

The Academy is just one of the military installations near Colorado Springs. To the southeast of the city is Schriever Air Force Base, to the east (next to the city airport) is Peterson Air Force Base, to the southwest is Cheyenne Mountain Air Force Station, and to the south is the Army’s Fort Carson. Some Academy employees who live in Colorado Springs take advantage of base exchange, commissary and recreational facilities at these other installations.

Castle Rock is situated 30 miles north of Colorado Springs. With a population of 62,000, this Douglas County area has several retail districts, including historic Wilcox Square, the Outlets at Castle Rock and other areas featuring unique shops, antiques and restaurants.

Castle Rock also offers a variety of community annual events, including Tri the Rock, a youth triathlon in May; a summer concert series; the Western Heritage Welcome and WineFest in July; the Douglas County Fair & Rodeo in August; and Artfest in September, a juried art festival of more than 170 artists. The community kicks off the holiday season with the Starlighting in November, the lighting of the star atop the city’s namesake, Castle Rock.

Founded in 1859, Fountain is the oldest community in the Pikes Peak region. It is a growing city just a few miles south of Colorado Springs on Interstate 25, with a population of nearly 30,000. To the west, the city is bordered by Fort Carson, an Army post employing more than 40,000 people and under major expansion. To the east and south of it lay great grasslands and ranches. The Colorado Springs Airport is on the northern border.

Fountain is a family town with a relatively young population who enjoy its trails and parks. With fabulous views of Pikes Peak, the city retains its small-town atmosphere, historic downtown and Rocky Mountain Front Range frontier spirit. The Riding and Roping Club is decades old and still holds regular events in their arena in Metcalfe Park. The city is linked to the county trail system along Fountain Creek.

Manitou Springs, on the western boundary of Colorado Springs, derives its name from the many mineral springs in the area. The area was once marked off as a sanctuary by the local Indian tribes, who attributed supernatural powers to the waters of these mineral springs (Manitou is the Ute Indian word for “great spirit”). Today, Manitou thrives as a tourist resort and boasts eight restored drinking springs.

North of Colorado Springs on Interstate 25, and only about 5 miles north of the Academy, is the small community of Monument. This historic town is slightly higher in elevation than Colorado Springs and receives a heavier snowfall.

The town of Palmer Lake, founded by Gen. William Jackson Palmer in 1871, is a growing community on the Front Range of the Rocky Mountains just north of the Academy. Palmer Lake sits on the Palmer-Divide, a geological ridge running from Palmer Lake eastward, which creates its own weather patterns and separates the Arkansas River drainage to the south and the Platte River Drainage to the north. The highest point of the divide is about 7,700 feet, at Vollmer Hill, which is in the area known as the Black Forest. Monument Hill, in the Tri-Lakes area, is about 7,352 feet in elevation.

One of the four “Ute Pass” communities (the others are Green Mountain Falls, Cascade and Chipita Park), Woodland Park is 25 miles west of Colorado Springs on U.S. 24, in Teller County. Year-round residents commute daily to Colorado Springs on a wide, well-paved (though mountainous and twisting) road. This area is rapidly becoming a popular mountain resort community. 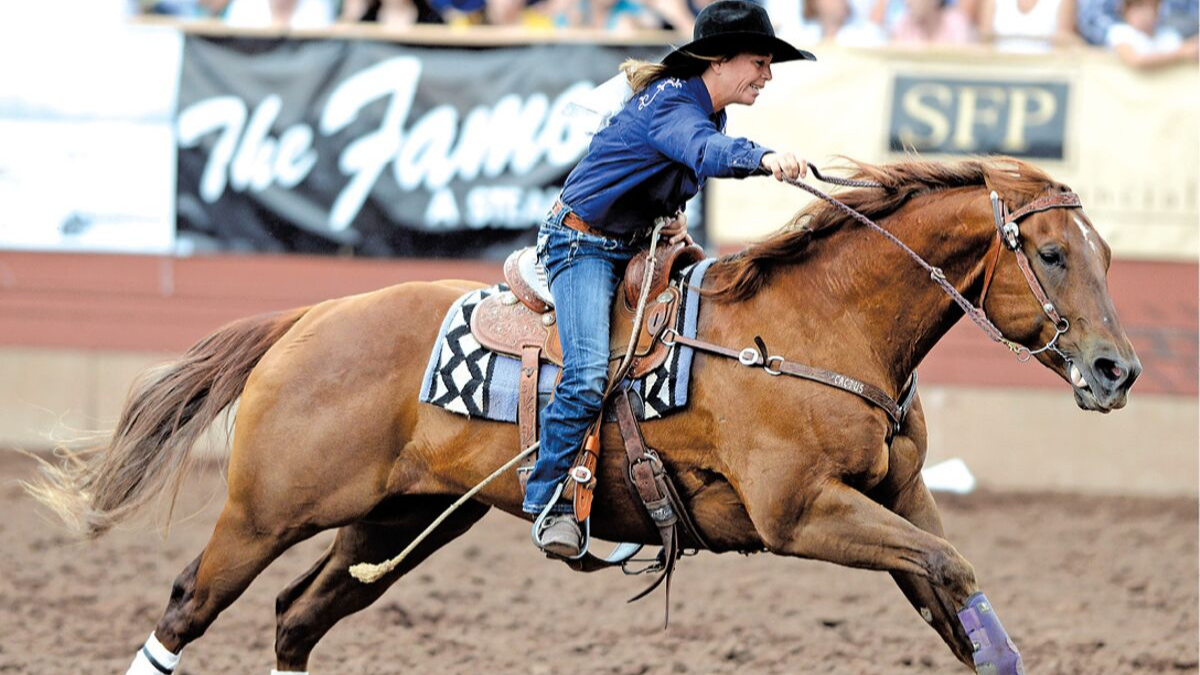 Colorado is home to some of the world’s best skiing and snowboarding, and there are over a dozen popular skiing resorts within a two- to three-hour drive of Colorado Springs. The season lasts from November to March, and ski trips can be affordable by taking advantage of the equipment and discount tickets offered by the Academy’s Outdoor Recreation Centers.

Rising to 14,110 feet, Pikes Peak provides some of the most breathtaking scenery in the world. It was after visiting the summit that Katherine Lee Bates wrote the words to the song “America the Beautiful.”

The Pikes Peak Highway is a 19-mile paved and gravel journey to the top that begins in Cascade, only 15 minutes from downtown Colorado Springs, on U.S. Highway 24. A round-trip excursion can easily take two to three hours. The highway is open year-round, but hours vary throughout the seasons. For the adventurous, the challenging 13-mile (one-way) Barr Trail offers the opportunity to hike to the summit.

This clear mountain stream plunges nearly 200 feet over seven separate falls. It has been called the “grandest mile of scenery” in Colorado. Adjacent to the falls is a 224-step stairway that leads to hiking trails and a panoramic overlook of Colorado Springs. At night, the falls are illuminated with spectacular light. Seven Falls is open year-round and is only five minutes from the Broadmoor hotel.

Garden of the Gods Park is a 1,323-acre registered National Natural Landmark of both scenic splendor and recreational opportunities. The park’s dramatic views feature 300-foot sandstone rock formations against a backdrop of snow-capped Pikes Peak and blue skies. Stop by the Visitor & Nature Center for information about the park, maps, guided nature walks, interactive exhibits, the Geo-Trekker theater, a gift shop and a cafe.

Cave of the Winds, the highest cave in the world open to the public, is one of America’s most spectacular prehistoric natural wonders. The caverns started forming more than 200 million years ago. Tours of the cave are available year-round. During the summer, a spectacular laser light show is held after dark. The show uses the cliff faces as a screen to project upon. Cave of the Winds is 4 miles west of Colorado Springs on U.S. Highway 24.

The Pro Rodeo Hall of Fame highlights the sport of rodeo and the men and women who have made it a world-class sporting event. The history of the cowboy from his origin to the modern rodeo cowboy is presented in multimedia displays and exhibits. The museum also features an outdoor garden with rodeo livestock. The hall is open year-round and is off Interstate 25 at Exit 148.