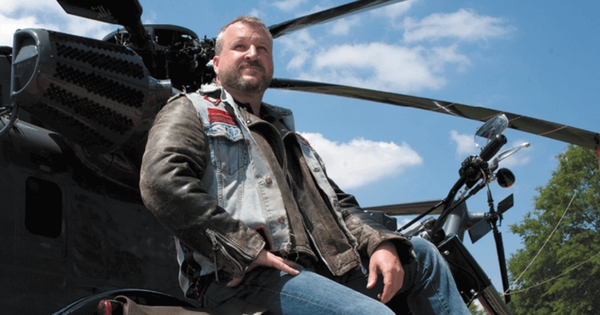 Interstate 65 is a north-south freeway through the city of Montgomery. It leads to Mobile in the south, and to Birmingham and Huntsville in the north.

U.S. Route 31, which connects northern Michigan to southern Alabama, is a north-south route in the western portion of Montgomery County. U.S. Route 231 runs parallel to U.S. Route 31 on the eastern side of the county. In between them, U.S. Route 331 runs north through the county, ending in the city of Montgomery.

U.S. Route 80 is an east-west route that crosses the south part of the city. U.S. Route 82 runs diagonally southeast to northwest, leading to Prattville in the north.

The Licensing Bureau issues driver’s licenses and identification cards. Find many of the required forms, general information and drivers’ manuals online at the bureau’s website.

Military personnel and their spouses who are stationed in Alabama from elsewhere may continue to drive with a valid driver’s license from their home state, but in general, all Alabama residents who want to drive must apply for a driver’s license once residency is established.

The state spells out what is required for licensing and insurance under various scenarios in its Alabama Driver Manual, which can be viewed at www.alea.gov/Documents/Manuals/DriverLicenseManual.pdf.

Information and forms associated with vehicle registration are available online at https://revenue.alabama.gov/motor-vehicle, including Motor Vehicle Division forms, requests for driving records and more.

Military members and veterans may be entitled to certain Motor Vehicle Division exemptions and allowances. For more information on military and veteran exceptions and requirements, visit the division’s website.

Except for novice drivers, Alabama does not prohibit drivers from making calls on handheld wireless telephones while operating a motor vehicle. However, because localities are allowed to enact their own cellphone laws, making or receiving calls without a hands-free device may be illegal in some towns.

Texting while driving is prohibited in Alabama.

Getting to & Around in Montgomery County

Located in Central Alabama at the intersection of interstate highways 85 and 65, Montgomery County is about 150 miles southwest of Atlanta, 90 miles south of Birmingham and 155 miles north of Mobile and the Gulf of Mexico.

Ground transportation is provided by a public transit bus service and several other options. If you’re looking to explore the city in a memorable way, take a Segway tour or take a ride in a horse-drawn carriage.

Hartsfield-Jackson Atlanta International Airport is the world’s busiest airport, with more than 100 million passengers each year. The airport, about 160 miles from Maxwell AFB, is served by nine domestic carriers and nine international carriers.

Two car rental agencies are available at the airport, as are taxi, shuttle and bus services.

Explore downtown Montgomery from a romantic horse-drawn carriage. Carriage tours start on the corner of Commerce and Tallapoosa streets. Carriage drivers relate historical facts and stories about the city on 20- and 40-minute tours. Specialty tours are also available. For tour schedules and prices, visit the service’s
website.

Montgomery Area Transit System provides fixed route and paratransit service within the city limits. The fixed-route system averages 2,500 trips daily and more than 700,000 trips annually. Fourteen fixed routes are served by a fleet of 34 buses. Passes may be purchased at the main office on Fairview Avenue and at the Intermodal Transfer Center at 495 Molton St.

Check out Montgomery via a guided Segway tour. Glide down the Riverwalk, cruise around downtown Montgomery or Wetumpka, visit the Capitol and Civil Rights locales or customize your own Segway tour. One-on-one training sessions with each rider and helmets are
provided.