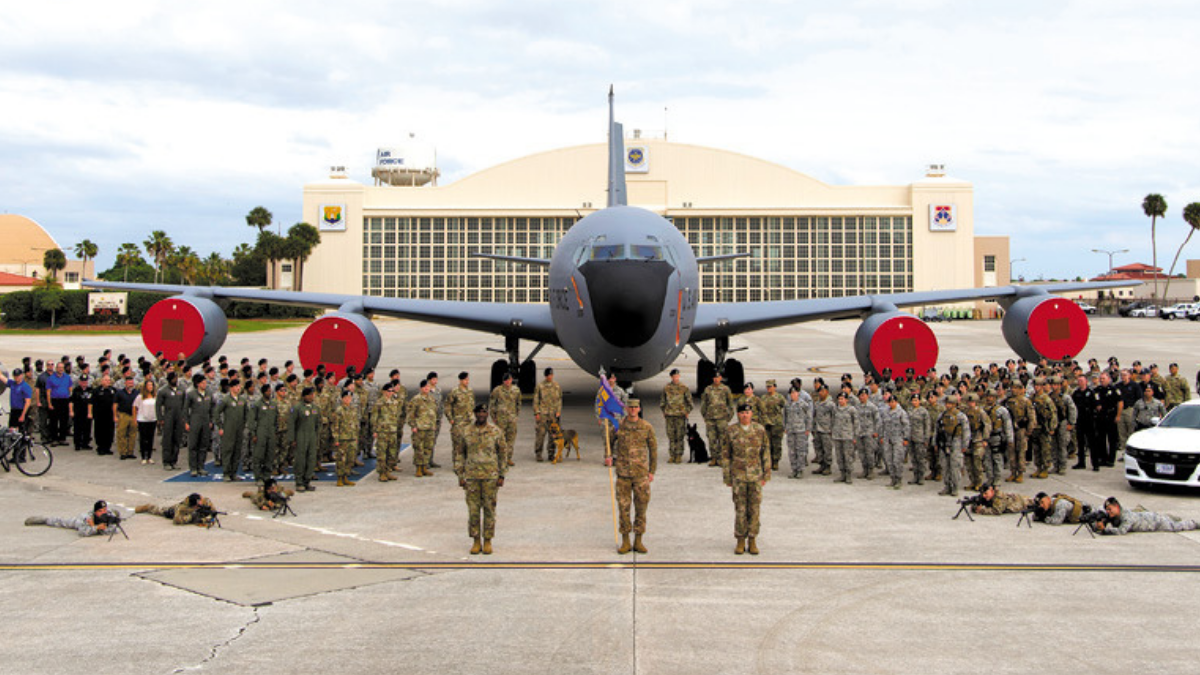 MacDill Air Force Base sits on land used as a military staging site during the Spanish-American War (1898) but was not declared a military installation until it was given to the War Department in 1939 by the state of Florida and Hillsborough County. MacDill Field was named for Col. Leslie MacDill, an aviation pioneer killed in an aircraft accident near Washington, D.C., in 1938, and was dedicated April 16, 1941.

When the United States entered World War II, MacDill Field became a major staging area for Army Air Corps flight crews and aircraft.
In 1942, the base’s mission converted from B-17 training to B-26 Marauder training. Nine of the 12 combat groups that flew the B-26 in Europe were activated and trained at MacDill.

At the end of World War II, MacDill became an operational base for the Strategic Air Command, training in P-51s, B-29s and B-50s in 1950.

Shortly after the U.S. Air Force was established in 1947, MacDill Field became MacDill Air Force Base. With the arrival of B-47 medium jet bombers and KC-97 tankers in 1951, strategic bombardment and air refueling became the base’s primary missions.

MacDill’s strategic location, highlighted during the Cuban missile crisis, saved the base from closure in 1960. In 1961, the United States Strike Command was established at MacDill as a unified command with integrated personnel from all branches of the military able to respond to a global crisis. MacDill became a Tactical Air Command base in 1963, and its two combat-ready F-4 wings were deployed to Vietnam in 1965. MacDill continued as a training base for F-4s and B-57s throughout the 1960s.

In 1991, due to military downsizing, the Defense Base Closure and Realignment Commission ordered MacDill to halt all flying operations by 1993. All of MacDill’s F-16s were transferred to Luke Air Force Base, Arizona, and based on 1993 legislation, the National Oceanic and Atmospheric Administration was then allowed to use MacDill’s runway.

MacDill became home to the 6th Air Base Wing in 1994. The primary mission was to operate the base to support the U.S. Central Command and the U.S. Special Operations Command as well as tenant and transient units. That same year MacDill became a major staging area for operations in Haiti and became the temporary home for 75 C-130s.

The Haiti mission’s success emphasized MacDill’s strategic location once again, which led the Defense Base Closure and Realignment Commission to recommend bringing a KC-135 mission to MacDill; in 1996 the base’s host wing was redesignated an air refueling wing. Since then, MacDill AFB and the 6th Air Mobility Wing have contributed to military operations around the world.