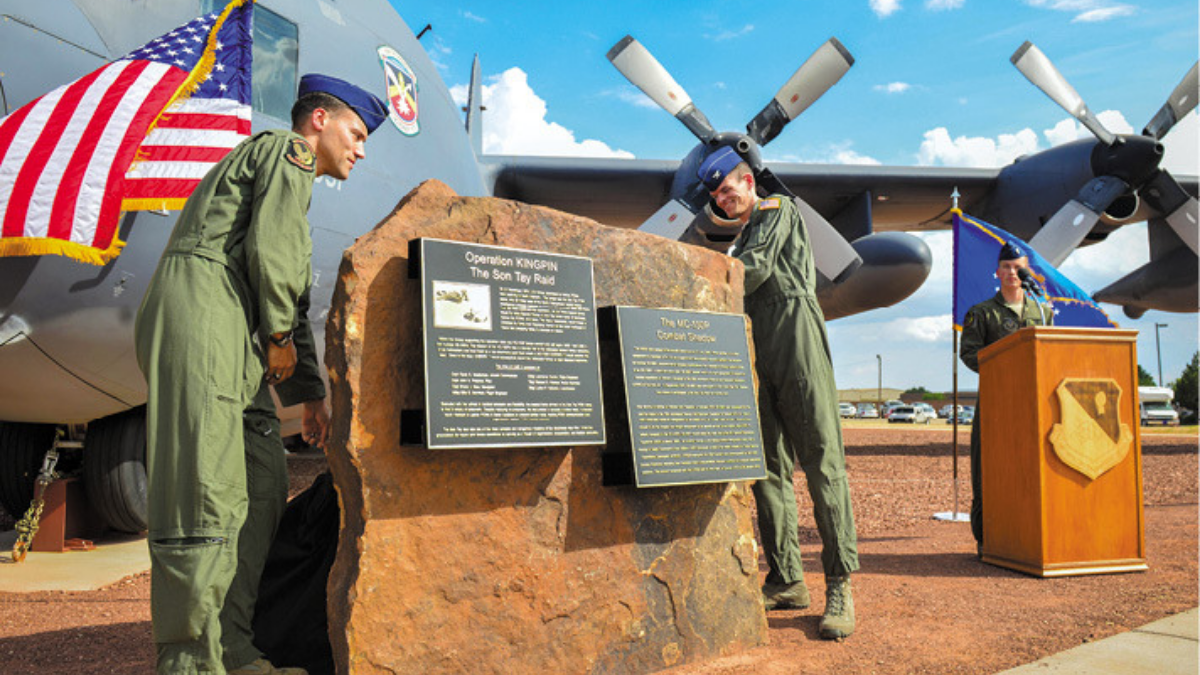 Cannon Air Force Base traces its roots back to the late 1920s when Portair Field, a civilian passenger facility, was built on the site. Portair Field, renamed Clovis Municipal Airport in the 1930s, was a terminal for early commercial transcontinental journeying, flying passengers in the Ford Trimotor “Tin Goose” by day and using Pullman-car trains for nighttime travel.

The war years saw the introduction of heavy bomber training to the Llano Estacado, a Spanish term for Staked Plain, referring to a region in the Southwest United States that includes parts of eastern New Mexico and northwest Texas. In September 1942, Clovis Municipal Airport became Clovis Army Air Field.

Flying operations nearly ended with postwar demobilization, aside from the rare refueling of transient aircraft. Clovis Army Air Field had “closed its doors” by May 28, 1947, as the base went on the inactive list, though it remained in the hands of Air Training Command until late July 1951, when it was obtained by Tactical Air Command. At that time, an Air National Guard unit, the 140th Fighter-Bomber Wing, was activated, mobilized to active duty and stationed there.

Cannon Air Force Base was named in honor of the former commander of the Tactical Air Command, Gen. John K. Cannon, on June 8, 1957. On Feb. 18, 1959, the base entered into a relationship with the 27th Fighter Wing that continues to this day, albeit with the new mission of special operations. When the base transitioned from Air Combat Command to Air Force Special Operations Command on Oct. 1, 2007, the 27th Fighter Wing was redesignated the 27th Special Operations Wing.

The unit has a long and distinguished history. Its legacy began at Barksdale Field, Louisiana, on Feb. 1, 1940, as the 27th Bombardment Group (Light). Elements of this group were in the Philippines when the Japanese invaded the islands in December 1941. The group aided in the fight against the invading force, but the Japanese eventually overran the country. Many members of the 27th Bombardment Group were taken as prisoners of war and forced to participate in 1942’s Bataan Death March.

Since 1940, the 27th designation has been assigned to several group and wings at a number of locations. In August 1947, the 27th was organized as a fighter wing at Kearney Airfield, Nebraska. In February 1959, after nearly 10 years at Bergstrom Air Force Base, Texas, to preserve the 27th’s heritage, the designation was transferred to Cannon AFB. The designation 27th Tactical Fighter Wing replaced that of the 312th Fighter Bomber Wing, which had been at Clovis (later Cannon) AFB since Oct. 1, 1954, and did not have a significant lineage.