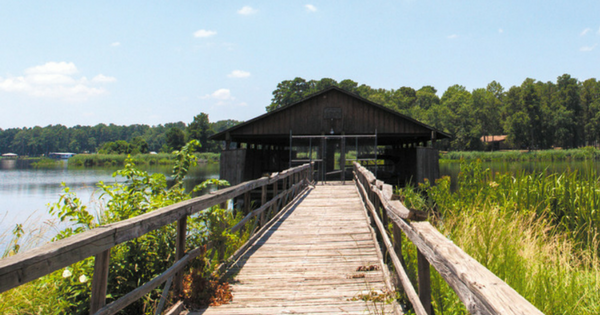 The Caddo Indians, related to the Wichita and the Pawnee, were in the Shreveport-Bossier area first. The Caddos tangled with Europeans in 1542 when Hernando de Soto’s expedition attacked them. Then, after missionaries arrived, the tribe was decimated by smallpox. Later, other missionaries carrying other diseases created worse epidemics, diminishing the Caddo population to a bare 1,000. In July 1835, the few remaining Caddo Indians sold most of their land to the United States, and in 1859, they were forcibly relocated by the U.S. government to an Indian reservation in Oklahoma territory.

Shreveport got its name from steamboat captain Henry Miller Shreve. Because he had successfully pioneered steamboat navigation on the Red River of the North and the Ohio and Mississippi rivers, the U.S. Army Corps of Engineers hired him in 1833 to clear the Red River of the South of a 165-mile-long continuous pile of limbs, brush and logs called the Great Raft. It clogged the river and blocked boat traffic. Using a specially modified riverboat plus four other steamboats and about 160 men, Shreve cleared the river, opening the region for commercial development.

The cleared river led to the formation of the Shreve Town Company in 1836, a group of investors — Shreve was one — aiming to develop a new community at the intersection of the Red River and the Texas Trail, an overland trading route into Texas. The community created by the Shreve Town Co. was incorporated as the town of Shreveport in 1839 and the city of Shreveport in 1871. Shreveport originally consisted of 64 city blocks intersected by eight streets running west from the Red River, and eight streets running south from Cross Bayou. Today, this 64-block area is Shreveport’s central business district and is listed on the National Register of Historic Places.

Because of its location on the Red River, Shreveport quickly became a center for steamboat commerce, moving cotton and other agricultural crops grown in the South to major markets on the East Coast. Shreveport also became a center for rebellion during the American Civil War and was headquarters for the Trans-Mississippi Department of the Confederate Army. Shreveport briefly became the capital of Louisiana when Baton Rouge was overrun by the Union Army, and served as capital of the Confederacy after Richmond fell. Confederate soldiers from Shreveport did not give up their fight until June 1865, two months after Gen. Robert E. Lee surrendered to Gen. Ulysses S. Grant at Appomattox in April.

For many years during the second half of the 19th century, Shreveport profited by being a transportation hub for riverboat traffic. When that mode of transportation became obsolete and trains connected east and west, Shreveport turned into a central transportation nexus for trains. With the coming of the Interstate highway system, Shreveport became a center for commercial trucking, and now, in the 21st century, huge amounts of commodities move in and out of Shreveport-Bossier City every day via boat, train, truck and airplane.

Bossier City, smaller than Shreveport and separated from it by the Red River, was originally called Cane’s Landing after one of the Shreve Town Co. founders, who had a plantation on the east side of the Red. In the early 1900s, it was renamed Bossier City for Pierre Evariste John-Baptiste Bossier, a noted figure in the state’s early history. It was the site of Fort Smith, a major Confederate stronghold in the Civil War, and a memorial park now commemorates that site. After World War II, the city’s population grew rapidly as industries expanded. Barksdale Air Force Base, established on 22,000 acres of cotton fields at the edge of Bossier City in the early 1930s as the result of concerted action by Shreveport community leaders, is a major source of revenue and employment for the Shreveport-Bossier City region.