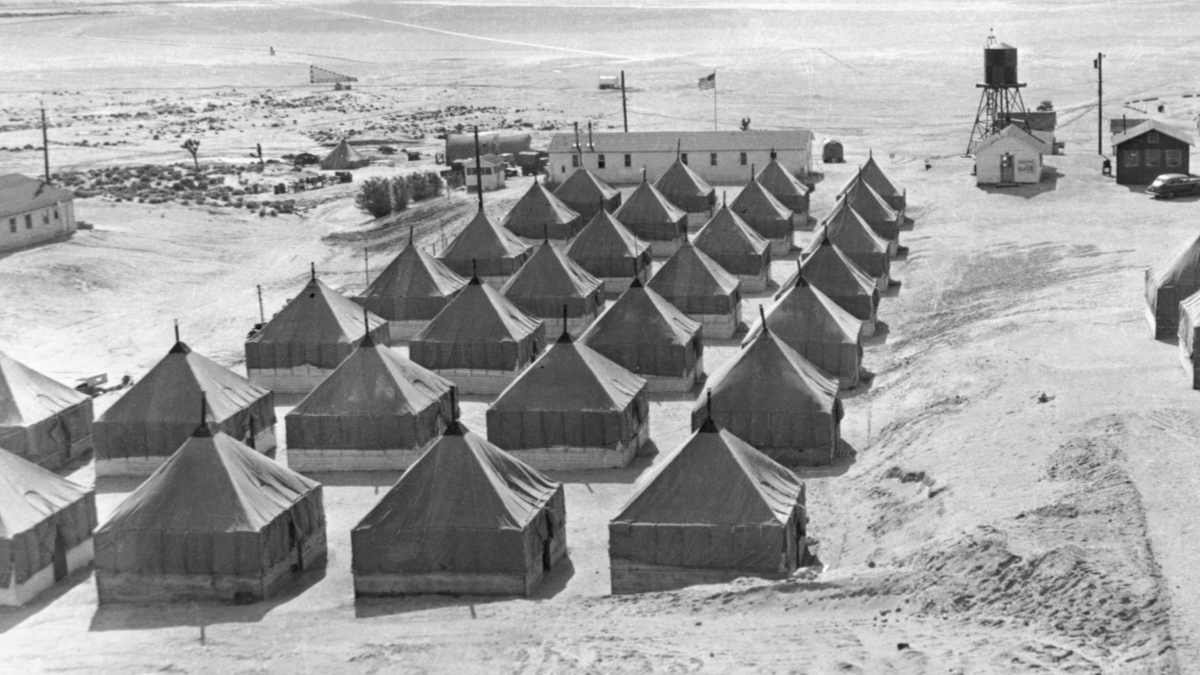 The northwestern Mojave Desert is a dry wilderness home to coyotes and jack rabbits, greasewood-creosote bush and Joshua trees; it is a harsh land of stunning contrasts.

Until the Southern Pacific Railroad arrived in 1876, the desert was populated mostly by occasional prospectors seeking elusive mineral wealth. In 1882, the Santa Fe Railroad ran a line westward out of Barstow toward Mojave and built a water stop at the edge of an immense dry lake bed, roughly 20 miles southeast of Mojave. The lonely water stop was known simply as “Rod,” and the lakebed was then called Rodriguez Dry Lake.

By the early 1900s, “Rodriguez” had been Anglicized into “Rodgers,” which was then shortened to “Rogers.” Featuring an extremely flat, smooth and concrete-like surface, Rogers Dry Lakebed is a playa — or pluvial lake — that spreads out over about 44 square miles, making it the largest such geological formation in the world. Its parched clay and silt surface undergoes a timeless cycle of renewal each year, as water from winter rains is swept back and forth by desert winds, smoothing it out to an almost glass-like flatness.

In 1910, the Corum family settled at the edge of this lake bed. In addition to raising alfalfa and turkeys, they located other homesteaders to the area. As the other settlers moved in, the Corum brothers earned contracts for drilling water wells and clearing land. They also opened a general store and post office. Their request to have the post office stop named “Corum” was disallowed because there was already a Coram, California. So they simply reversed the spelling of their name and named it “Muroc.” Small, isolated homesteads dotted the land for the next 20 years.

A visionary Airman commanding March Field, Lt. Col. Henry “Hap” Arnold, saw Rogers Dry Lakebed as a one-of-a-kind “natural aerodrome” — one that could be acquired at virtually no cost to the taxpayer.

In World War II, a permanent base sprang up for the training of combat flight crews. In July 1942, it was activated as a separate post and designated Muroc Army Air Base. Throughout the war years, B-24s thundered through the Muroc skies, and P-38s strafed the targets on the range as bomber crews and fighter pilots prepared for combat deployments overseas.

STRANGE SHAPES IN THE SKY

In the meantime, wartime development of military aviation overwhelmed Wright Field in Ohio with flight test activity. It was necessary to find a remote location with good flying weather where a new top-secret airplane could safely undergo tests.

In the spring of 1942, a site was chosen alongside the north shore of Rogers Dry Lakebed, about 6 miles away from the training base at Muroc. A wooden hangar and rudimentary facilities were built, and on Oct. 1, 1942, Bell test pilot
Bob Stanley lifted the wheels of the jet-powered Bell XP 59A Airacomet off the enormous, flat surface of the dry lake bed. The turbojet revolution had arrived.

During the postwar years, all of America’s first generation of jets — both Air Force and Navy — underwent testing at Muroc, and the great lake bed served as a haven to countless pilots in distress. 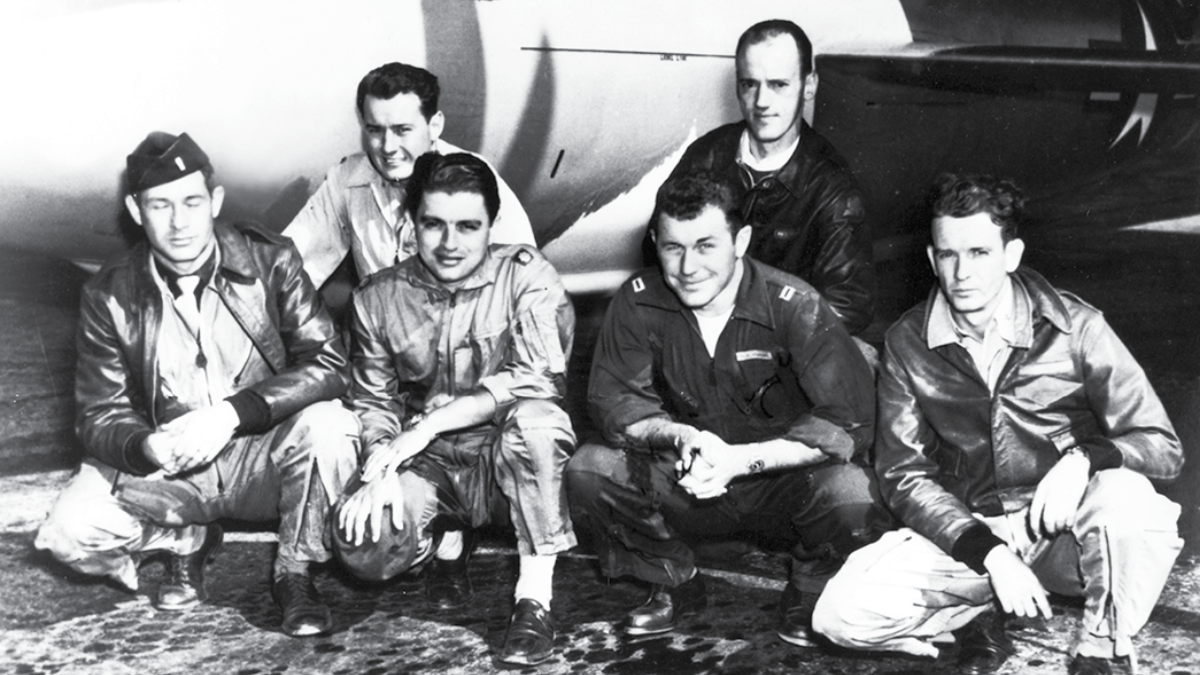 THE GOLDEN AGE
OF FLIGHT TEST

The decades of the 1940s and 1950s were a remarkable period in the history of aviation, and there is no better evidence of this than what transpired at Edwards Air Force Base. If a new concept seemed feasible, the Air Force evaluated it in the skies above the sprawling 308,000-acre base.

The experimental rocket planes, for example, continued to expand the boundaries of the high-speed and stratospheric frontiers.

The success of these programs attracted a new type of research activity to the base in late 1946. The rocket-powered Bell X-1 was the first in a long series of experimental airplanes designed to prove or disprove aeronautical concepts — to probe the most challenging unknowns of flight and solve its mysteries. On Oct. 14, 1947, Capt. Charles E. “Chuck” Yeager flew the small, bullet-shaped airplane to become the first human to exceed the speed of sound.

In December 1949, Muroc was renamed Edwards Air Force Base in honor of Capt. Glen W. Edwards, who was killed a year earlier in the crash of the YB-49 Flying Wing.

By that time, the base had already become the center of Air Force flight research, and on June 25, 1951, this fact was officially recognized when its test community was designated the U.S. Air Force Flight Test Center, or AFFTC. That same year, the U.S. Air Force Test Pilot School moved to Edwards from Wright Field, Ohio.

Its curriculum focused on the traditional field of performance testing and the relatively new field of stability and control, which had suddenly assumed critical importance with the dramatic increases in speed offered by the new turbojets.

Meanwhile, the turbojet revolution had reached a high plateau at Edwards AFB, as aircraft such as the famed “Century Series” of fighters — the F-100 Super Sabre, F-102 Delta Dagger, Mach 2 F-104 Starfighter, F-105 Thunderchief and F-106 Delta Dart — made supersonic flight seem almost commonplace, defining the basic speed and altitude envelopes for fighters still in effect to this day. 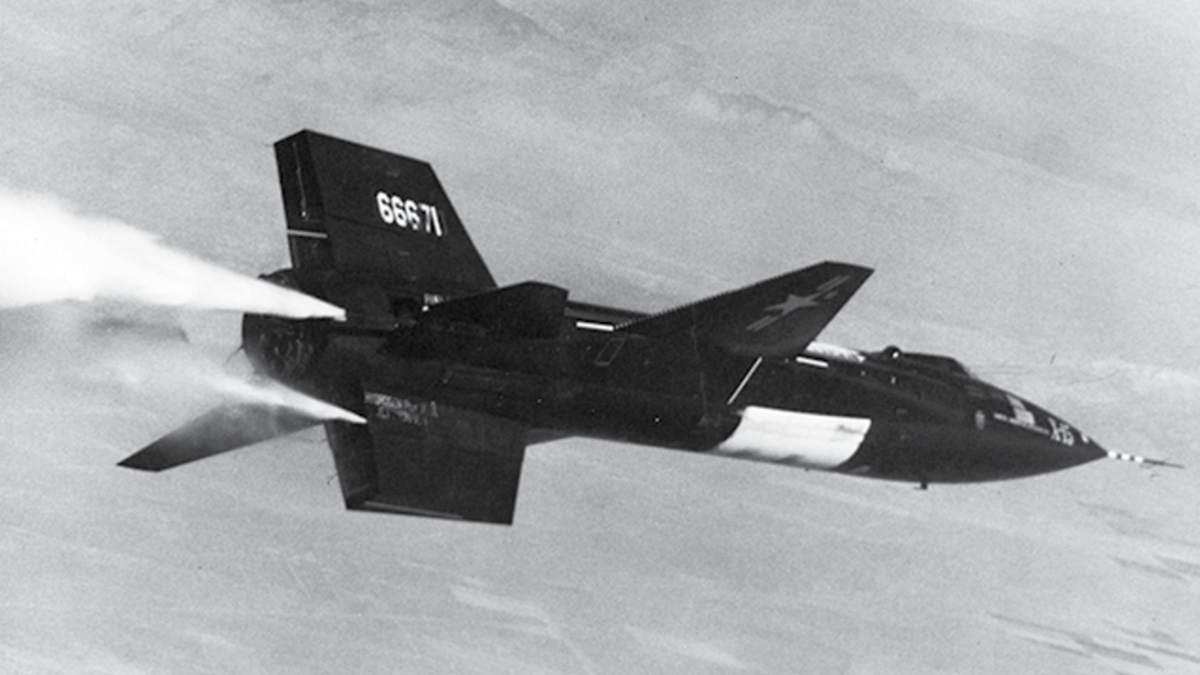 With the decline of the military manned space mission in the early ’70s, the Aerospace Research Pilot School was once again redesignated the U.S. Air Force Test Pilot School. This change was more than symbolic. The school replaced its space-oriented phase of curriculum with a whole new battery of courses focusing on systems and test management. 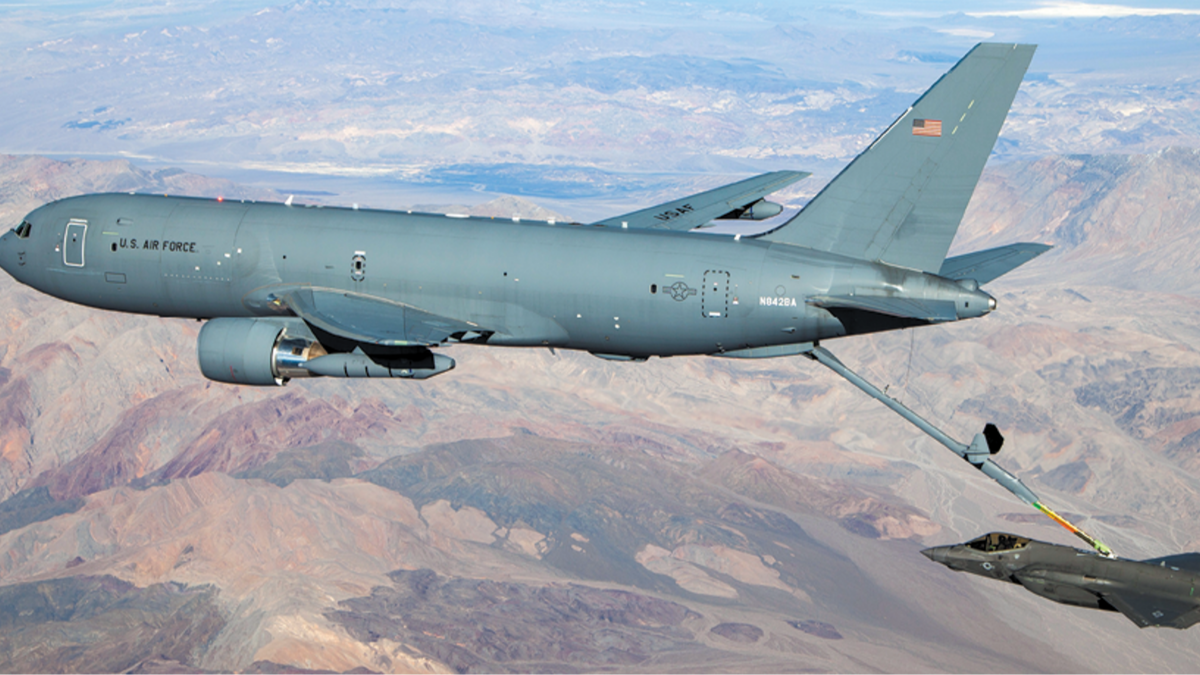 New aircraft types arrived in the 1970s: the F-15 Eagle with its advanced engine and fire-control system; the single-engine F-16 Fighting Falcon with its revolutionary “fly-by-wire” flight control system; and the B-1 Lancer with its multitude of highly sophisticated offensive and defensive systems. These planes demonstrated the importance of systems testing and integration.

At a remote location in 1978 and 1979, an AFFTC test pilot and a pair of flight test engineers were engaged in proof-of-concept testing with Lockheed’s “low-observable” technology demonstrator, dubbed “Have Blue.” The successful conduct of these tests led immediately to the development of a new subsonic attack aircraft designated the F-117A Nighthawk.

The 1980s opened with one of the most dramatic episodes in all of Edwards’ history. At 10:20 a.m. April 14, 1981, the wheels of the Space Shuttle Columbia touched down on
Rogers Dry Lakebed. Astronauts John Young and Robert Crippen had successfully landed the first orbiting space vehicle ever to leave the Earth under rocket power and return on the wings of an aircraft.

The late 1980s also witnessed the arrival of the first giant flying wing to soar over the base in nearly 40 years. The thin silhouette, compound curves and other low-observable characteristics of the B-2 Spirit bomber represented third-generation stealth technology, following the SR-71 and F-117. 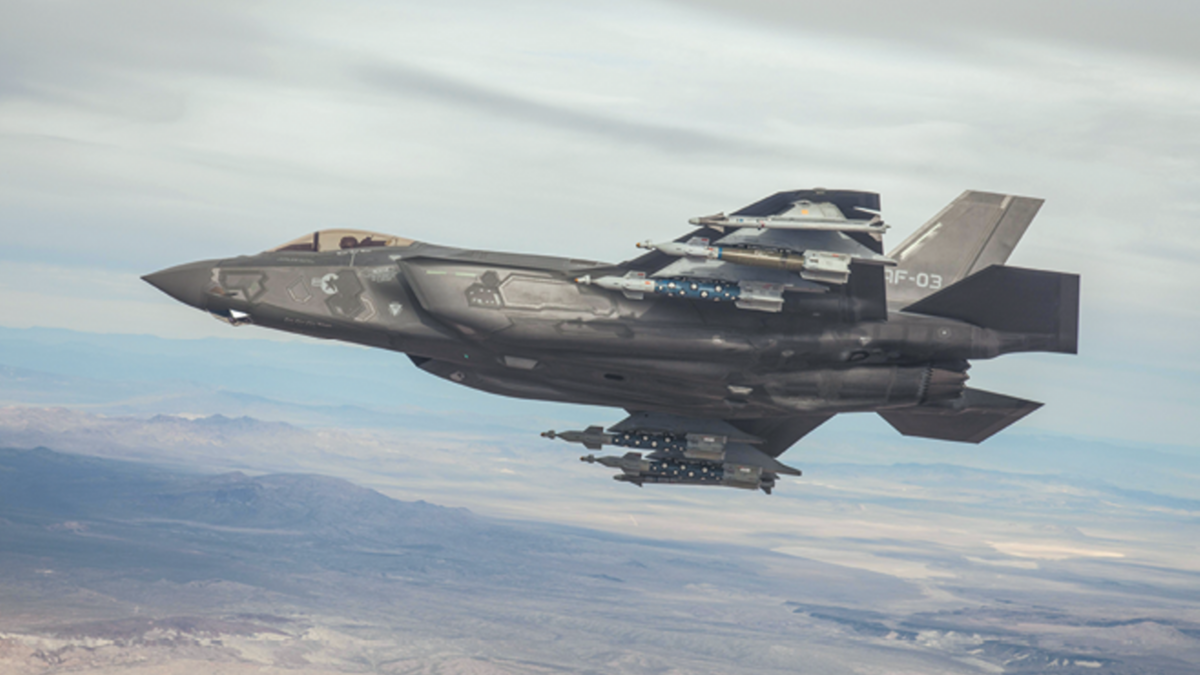 WHERE WE STAND TODAY

The new bomber was soon followed in the early ’90s by the arrival of the YF-22A and the YF-23A, prototype fighters for the F-22 Raptor, the first aircraft to blend stealth with agility, high speed and supersonic cruise capability.

A new group of research projects came to Edwards in the 1990s. Global Hawk, an unmanned aerial vehicle that has been used extensively in Afghanistan and Iraq, made its first flight at Edwards in February 1998 and has gone on to fill a critical role in America’s war on terrorism. Followed by Predator and Reaper counterparts tested at Edwards, these systems proved effective in combat against terrorist groups.

The new millennium brought new projects with worldwide impact. The X-35A and X-32A, competing prototypes for the Joint Strike Fighter Program, made their first flights in September and October 2000. The resulting F-35 Lightning II was built in three versions for the Air Force, Navy and Marine Corps, as well as multiple foreign military partners, and is currently the largest test program at Edwards.

Revolutionary changes in technology have imposed seemingly insurmountable obstacles. Each barrier, however, has been overcome through a combination of technical aptitude, ingenuity and leadership. The Air Force Test Center’s unique blend of natural, technical and human resources has transformed it into an irreplaceable national asset.