Tenants and Select Units (Not Inclusive) 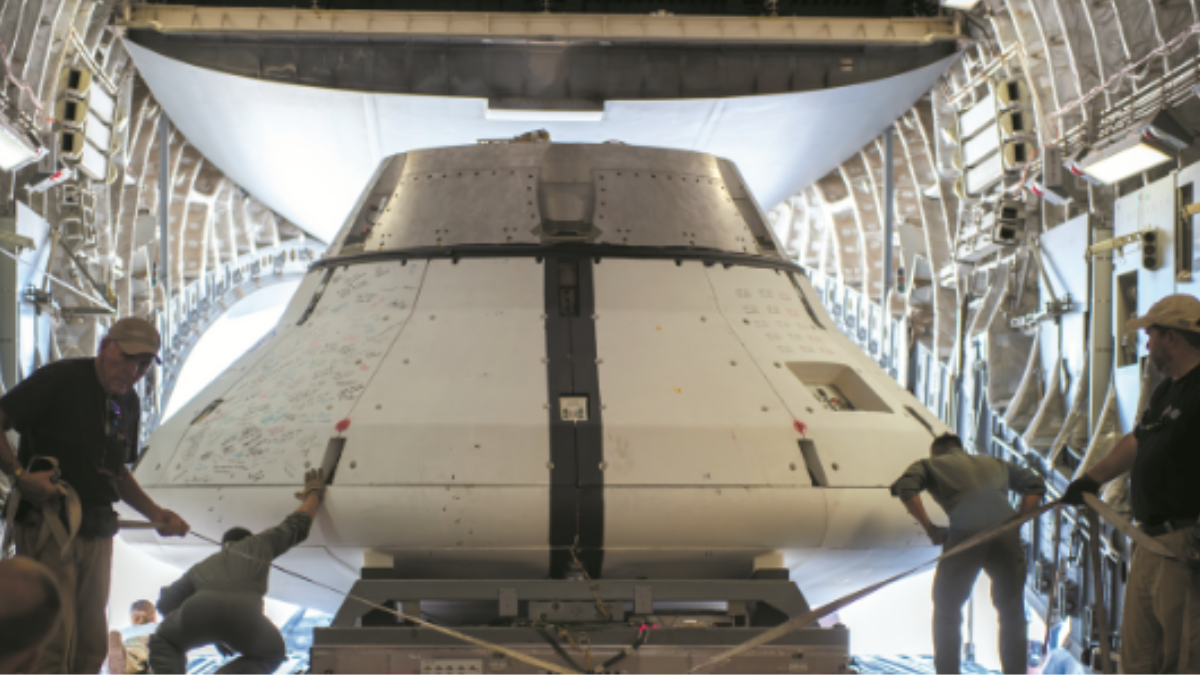 The 31st Test and Evaluation Squadron, established in 1917, is an Air Combat Command unit at Edwards Air Force Base. The 53d Test and Evaluation Group is part of, Nellis AFB, Nevada, and the 53rd Wing, Eglin AFB, Florida. The 31st represents the warfighter during early flight testing to ensure the combat Air Force receives the world’s best operational systems. The unit is staffed with operations, maintenance and engineering experts who plan and conduct tests, evaluate effectiveness and suitability, and influence system design. Unit personnel are integrated into the B-1, B-2, B-52, RQ-4 and MQ-9 programs. The squadron possesses six F-35A Lightning II Joint Strike Fighters and is the Air Force’s lead test agency for F-35 initial operational test and evaluation. Its results and conclusions support Department of Defense acquisition, deployment and employment decisions.

AFOSI Detachment 111 provides special investigative services for the protection of Air Force and Department of Defense personnel, operations and material at Edwards. The unit identifies, exploits and neutralizes criminal, terrorist and intelligence threats to Edwards AFB, the Air Force, the Department of Defense and the U.S. government by identifying and resolving crime that threatens Air Force readiness or good order and discipline, threats to information systems and technologies and fraud in the acquisition of U.S. Air Force prioritized weapons systems.

The Air Force Research Laboratory’s Aerospace Systems Directorate’s Rocket Lab at Edwards is comprised of Detachment 7 and the Rocket Propulsion Division and is responsible for the development of rocket propulsion technologies for current and future Air Force space and missile systems.

The Air Force Research Laboratory, headquartered at Wright-Patterson Air Force Base, Ohio, encompasses all Air Force research and development with directorates and facilities throughout the United States.

AFRL’s Rocket Lab has devoted its efforts to the discovery, development and application of scientific and engineering principals to national defense rocket propulsion needs for more than 50 years. Over 250 military scientists, engineers, technicians and support staff advance this technology area. They are assisted by additional on-site contractors and base support organizations. The lab is the development center for all Air Force rocket and missile propulsion technologies, including propellants, combustion, characterization of exhaust plumes, and the materials and structures unique to rocket propulsion. Nearly every U.S. rocket-propelled system used today for tactical operations, ballistic launch, space launch and space operations can trace its technology back to this site.

The site’s unique, state-of-the-art research equipment and physical assets cover more than 65 square miles of Edwards. They include static rocket test stands capable of holding test firings up to 10 million pounds of thrust. Known historically as the “Rocket Site,” its current efforts are devoted to a national master plan for rocket propulsion technology research involving all military services, NASA and the rocket industry. Their latest technology thrust called Rocket Propulsion 21 couples research with advanced propulsion concept demonstrations that will push the advancement of rocket propulsion.

The Area Defense Counsel represents Air Force members who are accused of military crimes or receive adverse administrative actions. For example, the ADC assists clients with demotions, non-judicial punishments (Article 15s), involuntary discharges and courts-martial. The ADC works directly for each client and their chain of command runs completely independent from Edwards AFB. There is no cost for the assistance of the ADC and, once retained as counsel, any conversations are confidential and protected by attorney-client privilege. 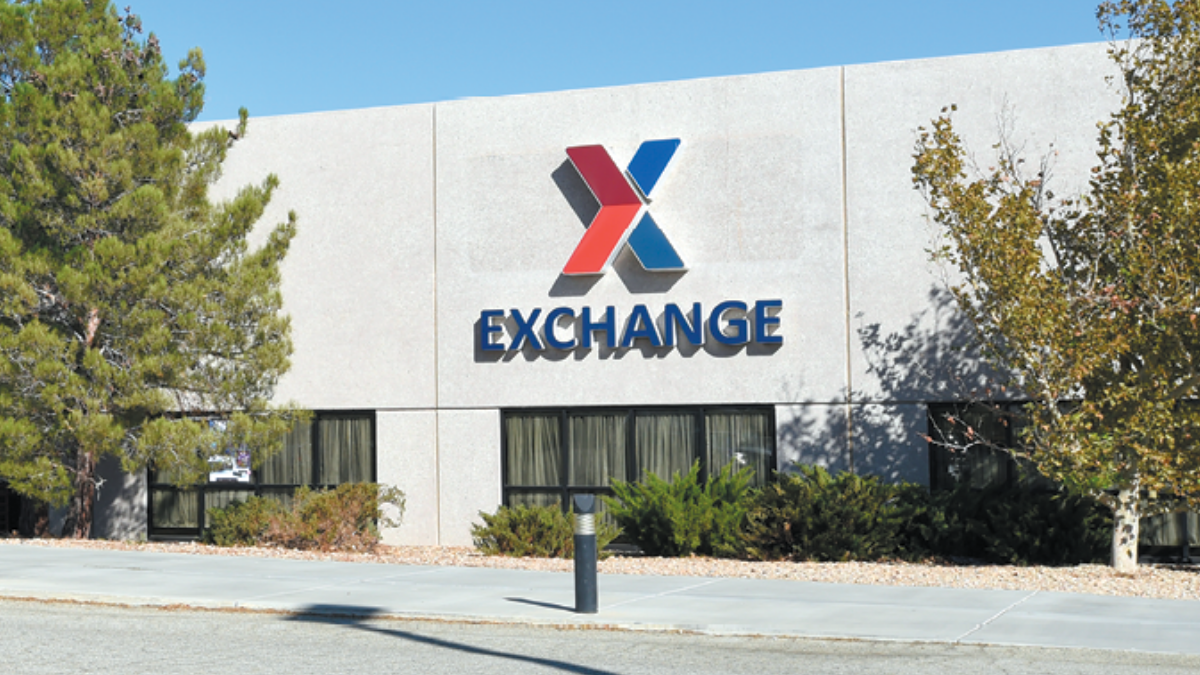 Ensuring improved quality of life at Edwards, the Army and Air Force Exchange Service provides the community with services, products and retail facilities from the main store complex to an Express with 24-hour credit card reader gas dispensers.

Located in the 73,000-square-foot exchange complex are the beauty and barbershops, a florist, the Optical Shop, Lock and Leave Storage Center, GNC and Enterprise Car Rental.

Located inside the main exchange is the alterations shop and Armed Forces Bank. Additionally, the exchange food court houses Charley’s Grilled Subs, Popeye’s Chicken, Arby’s and Taco Bell. The exchange provides other food facilities, concessions and snack bars, including Burger King, Starbucks, and cafeterias at South Base, NASA and Mary’s Place in Bldg. 1600.

The Civil Air Patrol is a professional,
volunteer, nonprofit organization with over 61,000 members and is the official auxiliary of the U.S. Air Force. CAP has three primary missions: operating a first-rate cadet program that includes leadership training, teamwork and discipline, aerospace education, physical fitness and character development; fostering an understanding of aeronautics through aerospace education; and supporting emergency services through disaster relief efforts, humanitarian assistance and inland search-and-rescue missions as directed by the Air Force Rescue Coordination Center.

Membership in the Civil Air Patrol Cadet Program begins at age 12 and lasts through age 21, while adults over the age of 18 may join as senior members. For more information on CAP programs and membership benefits, including scholarships, military grade advancement and military service academy appointment statistics, go to www.gocivilairpatrol.com. Meetings are 6 to 8 p.m. every Tuesday.

The Defense Commissary Agency operates a worldwide chain of commissaries providing groceries to military personnel, retirees and their families in a safe and secure shopping environment. Commissaries provide a military benefit, saving authorized patrons thousands of dollars annually on their purchases compared to similar products at commercial retailers. The discounted prices include a 5 percent surcharge, which covers the costs of building new commissaries and modernizing existing ones. A core military family support element, and a valued part of military pay and benefits, commissaries contribute to family readiness, enhance the quality of life for America's military and their families, and help recruit and retain the best and brightest men and women to serve their country. Please visit our store page on www.commissaries.com for up-to-date information. 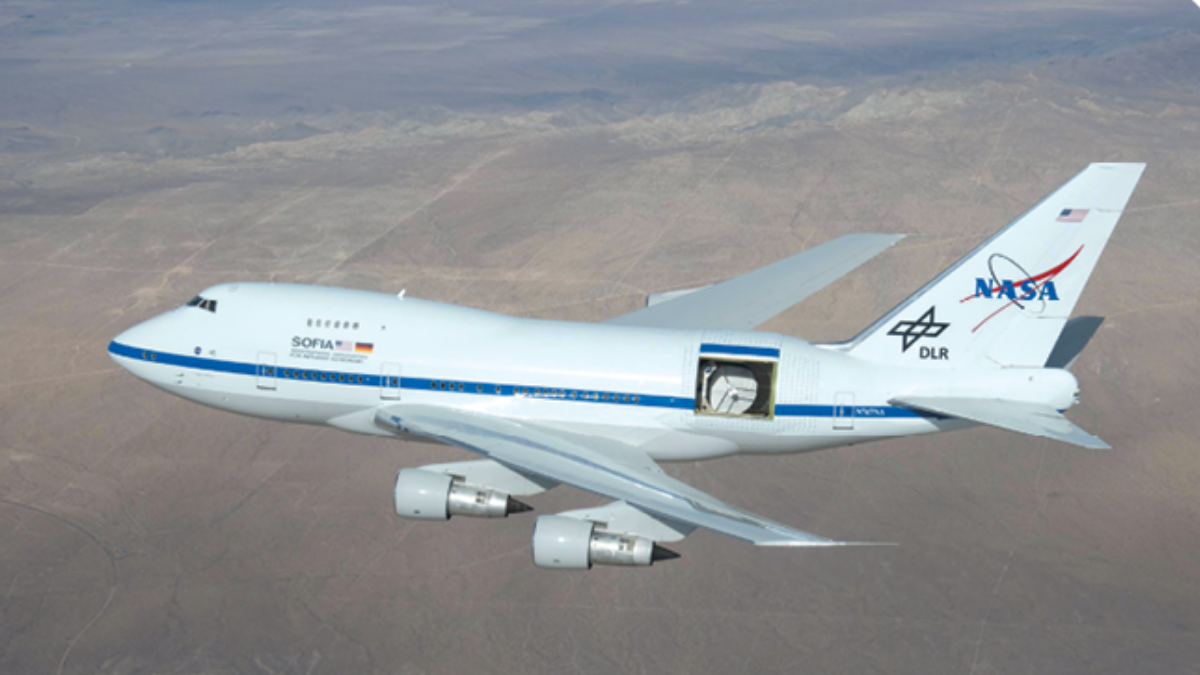 The Armstrong Flight Research Center at Edwards is NASA’s premier installation for airborne flight research, chartered to research and test advanced aeronautics, space and related technologies and to transfer those technologies to industry and other government agencies.

Formerly named the Dryden Flight Research Center, the center was renamed in early 2014 in honor of famed NASA astronaut Neil A. Armstrong, the first person to set foot on the moon during the Apollo 11 mission in 1969 and a former research test pilot at the center prior to his astronaut career. The name of Hugh L. Dryden, an aeronautical scientist who served as director of the National Advisory Committee for Aeronautics, NASA’s predecessor organization, and later as the first deputy administrator of NASA, lives on as the namesake of the center’s aeronautical test range.

The center’s history dates to late 1946, when the first 13 engineers arrived at what is now Edwards Air Force Base from the NACA Langley Memorial Aeronautical Laboratory (renamed Langley Research Center) in Virginia to support the first supersonic research flights by the X-1 rocket plane in a joint NACA, Army Air Forces and Bell Aircraft program.

Since the days of the X-1, the center has been associated with many important milestones in aviation and space research: supersonic and hypersonic flight, wingless lifting bodies, digital fly-by-wire technology, supercritical and forward-swept wings and development, testing and operational support of the now-retired space shuttles.

The site of the approach and landing tests of the prototype space shuttle orbiter Enterprise in 1977, the center supported 54 space shuttle landings at Edwards, from the first orbital flight in April 1981 until the last shuttle mission in 2011. After landing at Edwards, space shuttles were prepared at the center for ferry flights back to the Kennedy Space Center in Florida atop one of NASA’s two modified Boeing 747 Shuttle Carrier Aircraft.

NASA Armstrong continues to conduct flight research projects that support NASA’s aeronautics research mission, contributing to significant advances in aeronautics technology. Current efforts include environmentally responsible projects to improve aerodynamics and reduce fuel usage, vehicle systems and safety technologies, integration of unmanned aircraft into the National Airspace System, reduction of the intensity of sonic booms and more. The first NASA-crewed X-plane to be flown in two decades, the X-57 will be powered by distributed electric propulsion.

NASA’s newest experimental aircraft, designed with quiet supersonic technology and intended to help open a new era in faster-than-sound air travel over land, will forever be known in the history books as the X-59 QueSST. Now under construction by Lockheed Martin Aeronautics Company at its famed Skunk Works plant in Palmdale, California. The X-59, once fully tested and pronounced safe to fly within the national airspace will begin in late 2022.

The center supports data collection for the earth science community with a small fleet of specialized aircraft, including a DC-8 airborne laboratory, a Gulfstream C-20A (G-III) with a sophisticated synthetic aperture radar, B-200 King Air and two high-altitude ER-2s, which are civil variants of the U-2 reconnaissance aircraft. These aircraft conduct atmospheric sampling, environmental imaging and satellite sensor validation missions around the globe.

SOFIA was developed and is operated under a NASA-German Aerospace Center partnership. NASA Armstrong manages and conducts flight operations of the 747SP aircraft that carries a 17-metric ton, 2.5-meter, German-built infrared telescope. Many of the Earth science aircraft and the SOFIA flying observatory are based at NASA Armstrong’s building 703 in Palmdale, California.

Along with research and support aircraft, Armstrong’s assets include simulation laboratories, a high-temperature and flight loads-calibration laboratory, aircraft flight test instrumentation capability, a data analysis facility to process flight research data and expertise in remotely operated aircraft flight research. In addition, Armstrong’s Research Aircraft Integration Facility can simultaneously check aircraft flight controls, avionics, electronics and other systems. The only one of its type in NASA, the facility is designed to speed up and enhance systems integration and preflight checks on research aircraft.

From a handful of engineers who established the center in the late 1940s, the Armstrong Flight Research Center now employs about 1,150 people, including both civil service and contractor staff, at its two campuses. 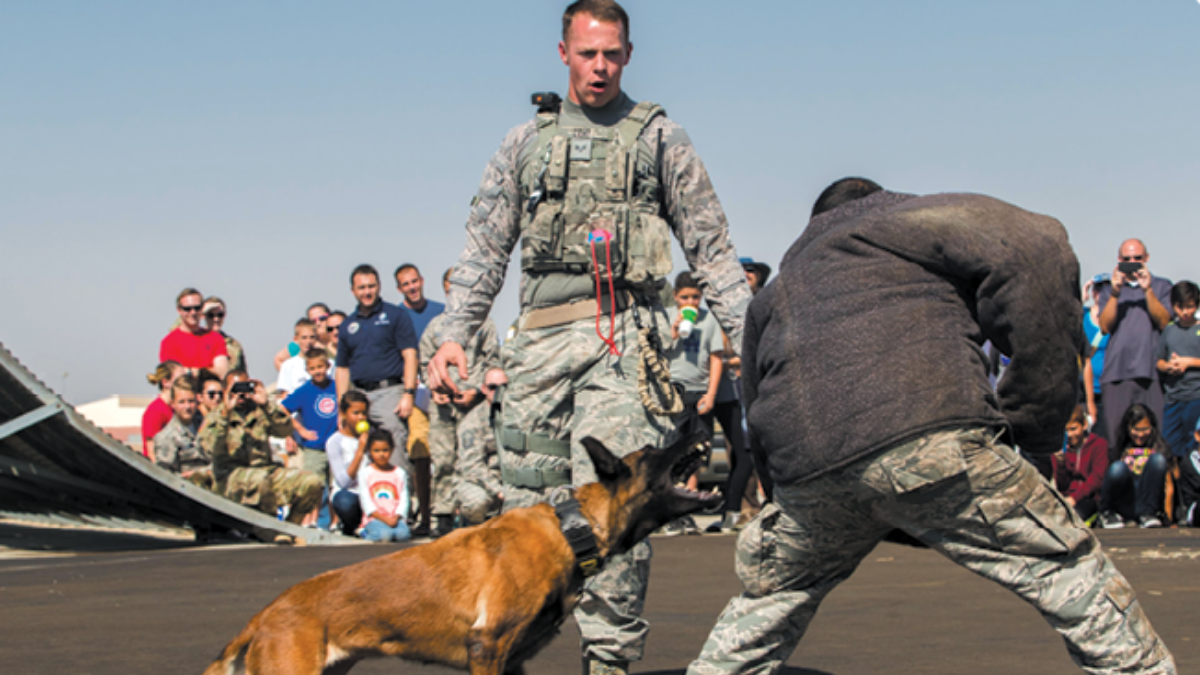 The mission of the National Geospatial-Intelligence Agency is to provide accurate and timely expert analysis of worldwide gravity, satellite and positional information including imagery and mapping control for navigation, safety, intelligence, positioning and targeting in support of national security objectives.

Located at North Base, the Edwards Range NGA Support Team has been a tenant organization at Edwards AFB since 1992. Other NGA Range Support Teams are located at Vandenberg AFB, WSMR, Holloman AFB and Patrick AFB.

Note: All service members’ pets should be registered with the VTF within 72 hours of arrival on base.

The U.S. Army Veterinary Service provides comprehensive veterinary care to all government-owned animals, such as the
412th Security Forces Squadron’s military working dogs, and to service members’ privately owned animals through the Veterinary Treatment Facility. The VTF offers appointments for wellness exams, sick call, and routine surgery or dental procedures. It is highly recommended that pet owners maintain a relationship with an off-base vet as a backup for those times when the military veterinarian is not available. The Veterinary Corps also supports public health and force protection initiatives across the DOD, ranging from food safety missions at China Lake Naval Air Station and Marine Corps Logistics Base to commercial sanitation inspections of all food establishments that sell products to the Defense Commissary Agency. In fact, did you know that all the food in the commissary is inspected by Veterinary Corps personnel before becoming an approved source to be sold to you in the commissaries?