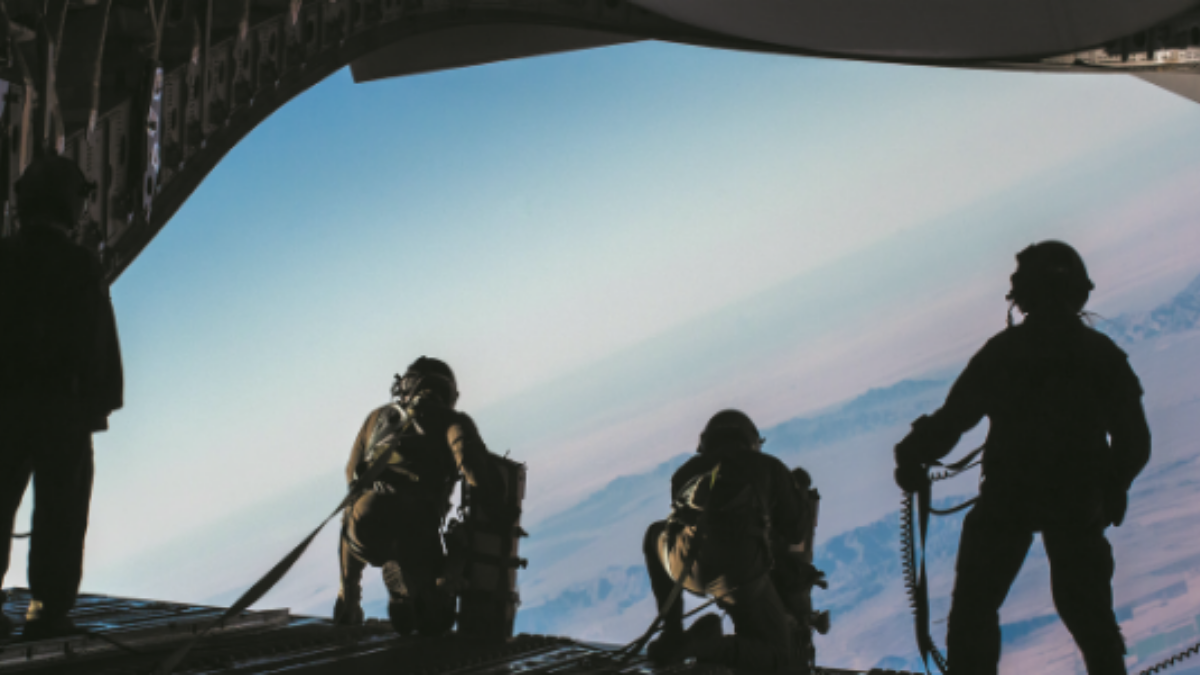 Air Force Plant 42 is a government-owned, contractor-operated industrial plant with proximity to both the concentration of aerospace industry in Los Angeles and the high-speed corridors and resources on Edwards Air Force Base. Air Force Plant 42 is a $4.4 billion enterprise supporting 8,500 contractors and government employees, occupying more than 3.5 million square feet of plant space spanning over 5,700 acres with a replacement cost of $1.8 billion. The facility is uniquely situated to fully support the nation’s newest and most advanced commercial and military aerospace systems. Air Force Plant 42 is one of four Air Force plants throughout the United States and is unique in that it has a government-operated airfield complex and hosts three major defense contractors: Boeing, Lockheed-Martin and Northrop Grumman. The mission of Production Flight Test Installation Air Force Plant 42 is to provide industrial facilities for the production, modification, depot maintenance and flight test of U.S. aerospace systems. Some of the world’s most advanced aircraft were engineered, fabricated, assembled and tested at Air Force Plant 42, such as the B-1 Lancer and
B-2 Spirit bombers, SR-71 Blackbird, F-117A Nighthawk, Global Hawk and other unmanned aircraft. Air Force Plant 42 is composed of the following military units, as well as the three previously mentioned Department of Defense contractors.

Located at Air Force Plant 42, Detachment 4, a unit of the Air Force Life Cycle Management Center at Wright-Patterson Air Force Base, Ohio, through the C2ISR Division at Robins Air Force Base, Georgia, is the responsible test organization for planning, conducting and reporting on all U-2 flight test programs. The unit conducts U-2 developmental and operational mission support and post-depot maintenance acceptance flights. The unit also provides quality assurance oversight of depot and flight test maintenance activity and validates technical changes to the aircraft, equipment and technical publications.

The 412th Test Wing is world-renowned for its expertise in evaluating weapon systems in the areas of airframe, power plant, avionics systems and electronic warfare systems. The Test Management Division is the 412 Test Wing’s primary interface with the customer to ensure that their support needs are met in a timely, efficient and cost-effective manner.  The division’s team helps the customers define their requirements and matches them to the test wing’s capabilities along with an estimate at completion for time and cost. Once the project is defined and initiated, the division keeps the customer informed throughout the test process of progress toward reaching their objectives. The team is highly trained and motivated and uses state-of-the-art project management tools to manage resources to identify and resolve issues early, maximizing the probability of the project’s successful completion.

The 412th Operations Group is the Air Force’s largest and most diverse operations group consisting of seven flight test squadrons, one combined test force, three detachments and an operations support squadron. The group is home to 11 types of aircraft, including the F-35 Lightning II and the new KC-46 Pegasus. The group leads the way in developmental flight test and is a central component in the development of warfighting capabilities for the Air Force. The group’s mission is to inform United States Air Force and Department of Defense decision-makers by safely and effectively planning, executing and reporting on ground and flight tests.

The 412th Medical Group is a patient-centered medical home clinic with a group of providers that deliver primary, special and preventive care to a 7,300-beneficiary population in a culture of trusted care. The 412th Medical Group is comprised of three outstanding squadrons: Medical Operations, Medical Support and Aerospace Medicine. The clinic provides medical support to the Air Force Test Center, the 412th Test Wing, the Air Force Research Laboratory, NASA, NATO, Plant 42 and associate units.

The United States Air Force Test Pilot School is where the Air Force’s top pilots, navigators and engineers learn how to conduct flight test and generate the data needed to execute developmental test missions. Human lives and millions of dollars depend upon how carefully a test mission is planned and flown. The comprehensive curriculum of the Test Pilot School is fundamental to the success of test and evaluation. Graduates of the school earn a Master of Science degree in flight test engineering.