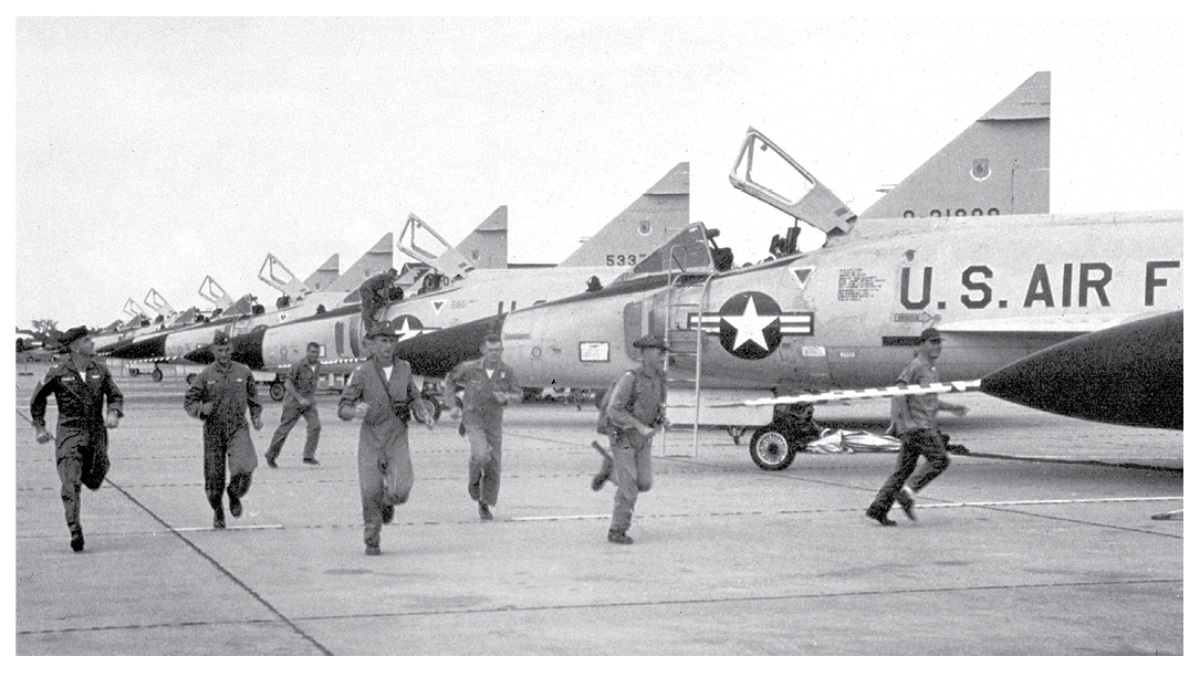 In 1940, the U.S. Army sent a representative to Arizona to choose a site for an Army Air Corps training field for advanced training in conventional fighter aircraft.

Phoenix bought 1,440 acres of land that it leased to the government for $1 a year effective March 24, 1941. On March 29, 1941, the Del E. Webb Construction Co. began excavation for the first building at what was known then as Litchfield Park Air Base.

Another base known as Luke Field, in Pearl Harbor, Hawaii, released its name when that base was transferred to the Navy in June 1941, and the fledgling Arizona base was called Luke Field at the request of its first commander, Lt. Col. Ennis C. Whitehead, who became a lieutenant general as commander of Air Defense Command in 1950.

The first class of 45 students, Class 41 F, arrived June 6, 1941, to begin advanced flight training in the AT-6 Texan, although only a few essential buildings had been completed. Flying out of Sky Harbor Airport until the Luke AFB runways were ready, pilots received 10 weeks of instruction and the first class graduated Aug. 15, 1941. Capt. Barry Goldwater served as the director of ground training the following year.

During World War II, Luke Field was the largest fighter training base in the Army Air Forces, graduating more than 17,000 fighter pilots from advanced and operational courses in the AT-6 Texan, P-40 Warhawk, P-51 Mustang and P-38 Lightning. By Feb. 7, 1944, pilots at Luke Field had achieved a million hours of flying time. By 1946, however, the number of pilots trained dropped to 299 and the base was inactivated Nov. 30 of that year.

Air Force students trained in the AT-6 Texan, P-51 Mustang and F-84 Thunderjet. Flight training at Luke AFB changed to the F-100 Super Sabre, and July 1, 1958, the base was transferred from Air Training Command to Tactical Air Command.

Luke AFB continued its tradition of providing fighter training for allied nations when an F-104 Starfire program for German air force pilots and a program in the F-5 Freedom Fighter for pilots from other nations began in 1964.

In the 1960s, thousands of American fighter pilots left Luke AFB to carve their niche in Air Force history in the skies over Vietnam. In July 1971, the base received the F-4C Phantom II and assumed its role as the main provider of fighter pilots for Tactical Air Command and fighter forces worldwide.

In November 1974, the Air Force’s newest air superiority fighter, the F-15 Eagle, came to Luke Air Force Base. It was joined in December 1982 by the F-16 Fighting Falcon. Luke AFB fighter pilots began training in the new F-16 aircraft Feb. 2, 1983.

The 405th TTW received the first E model of the F-15E Strike Eagle in 1988 and began training in this dual-role fighter.

The early 1990s brought significant changes to the base. As a result of defense realignments, four tactical fighter training squadrons were inactivated, as were the 832nd Air Division and the 405th TTW. The F-15A and B models were transferred out, and the 58th TTW, being the senior wing at Luke AFB, was redesignated the 58th Fighter Wing and once again became the host unit.