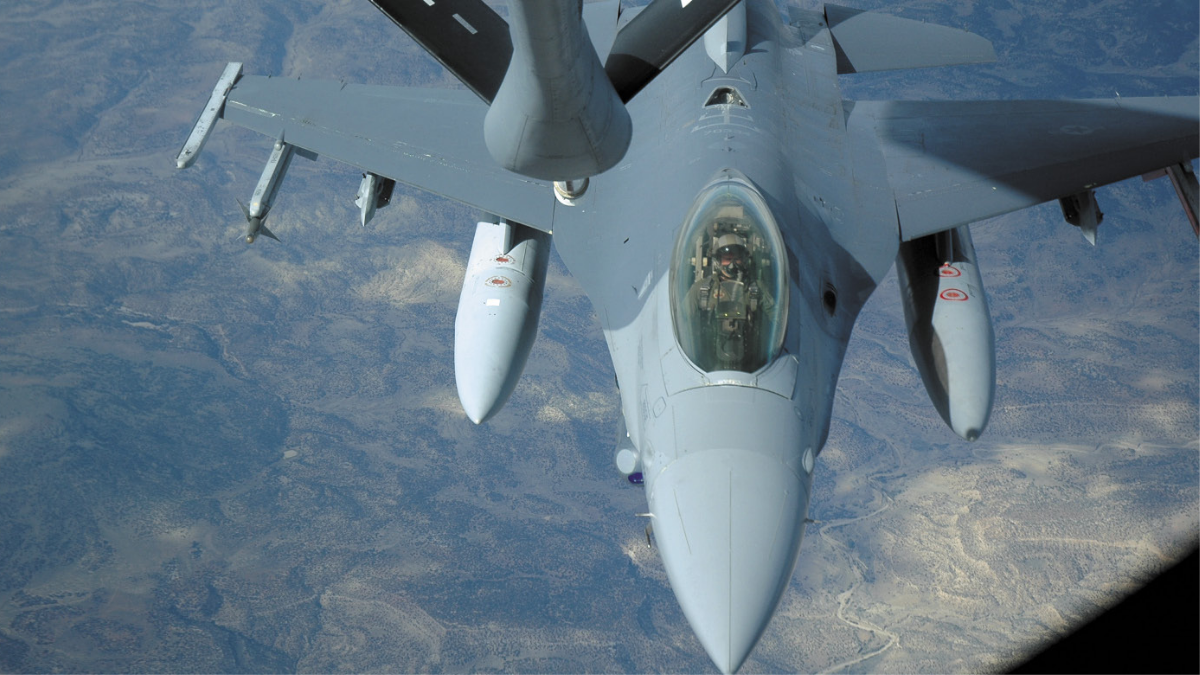 The 944th Fighter Wing (FW) is one of more than 50 flying units in the U.S. Air Force Reserve. It reports to Headquarters 10th Air Force, Naval Air Station Joint Reserve Base, Fort Worth, Texas.

The mission of the 944th FW is to train and provide combat-ready citizen Airmen in support of national objectives.

This training is accomplished through Total Force Integration, which allows reservists to be integrated into the active-duty training squadrons, and by conducting one drill weekend per month. Each Reservist also performs a minimum of 15 days of additional duty every year. The 944th FW is made up of about 982 personnel.

The wing stands ready for rapid mobilization and has shown its flying skills as the first reserve fighter unit to fly operational missions with the coalition task force over northern Iraq in support of Provide Comfort II shortly after Desert Storm and later operations Northern and Southern Watch in Southwest Asia. The wing deployed more than 400 personnel and six F-16C aircraft to Aviano Air Base, Italy, in support of operations Deny Flight and subsequently Decisive Edge, flying over Bosnia and
Herzegovina to enforce U.N. Resolution 816.

Additionally, the 944th FW had about 100 reservists mobilized on active duty for two years in support of both operations Enduring Freedom and Noble Eagle. On June 7, 2002, the 944th FW graduated its first student pilot class of six new F-16 active-duty pilots. Since Sept. 11, 2001, more than 1,600 Airmen have volunteered to support combat operations, including Operation Iraqi Freedom, in many deployed overseas locations.

The detachment also provides quality control of all contract deliverables courseware, administers the CRC Graduate Evaluation Program and supplies training material to more than 14 units across the Combat Air Forces. Working closely with the 607th Air Control Squadron, Det. 9 drives the qualification of more than 370 active-duty and Air National Guard graduates per year. Due to the courseware and syllabi developed at Det. 9, qualified graduates are better prepared to coordinate combat missions, direct theater air traffic and conduct special operations worldwide.

Activated in 1962, Detachment 12 is the largest field training detachment in the U.S. Air Force. With instructional hours totaling more than 51,000 a year, the 58 members of the unit offer 55 courses of instruction designed to educate, motivate and inspire nearly 1,300 students annually.

The unit provides F-16 and F-35 aircraft maintenance training to hundreds of maintainers from the 56th Fighter Wing and those stopping through for training en route to locations worldwide. In addition to training the active-duty Air Force, Det. 12 also provides training to Air National Guard and Air Force Reserve units as well as numerous international students. Det. 12 instructors also deploy in Mobile Training Teams to help units in almost every major command to fulfill their training requirements.

One of the courses the unit provides is the Mission Ready Airman program, an Air Force specialty code-awarding course. This course trains pipeline students from technical schools on how to become an F-16 tactical aircraft maintenance specialist. Instructors along with military training leaders have trained more than 10,000 F-16 crew chiefs since the program’s inception in 1994.

The unit maintains 21 aircraft maintenance trainers and first-class training facilities totaling 64,000 square feet, all valued at $24.6 million. The staff uses state-of-the-art computer technology to enhance course presentations and maximize student learning. The unit’s commitment is to be on the leading edge of technology to offer the best education to those attending courses.

The Area Defense Counsel (ADC) office is a tenant unit attached to the Air Force Legal Operations Agency and operates independently of the 56th Fighter Wing and the base legal office. The ADC provides legal representation to active-duty members facing adverse actions such as courts-martial, Article 15 proceedings, administrative discharges, LORs, referral performance reports, Reports of Survey and many other adverse actions.

The ADC is not in any way associated with the base legal office or the command structure of the 56th Fighter Wing, ensuring zealous client representation and no conflict-of-interest problems. The ADC office offers complete confidentiality to its clients. Its mission is to promote justice through fair representation.

The ADC office is part of the U.S. Air Force Judiciary Western Circuit, based at Travis Air Force Base, California. The Senior Defense Counsel for all of the Western Judiciary is the direct reporting official for all ADCs in the western United States. The counsel’s representation and advice is limited solely to military adverse actions against active-duty members.

The ADC is not available to answer questions concerning civil law matters or claims issues. The office is in Bldg. 1150, Room 3015. Consultations are by walk-in or appointment, but appointments are preferred. To make an appointment, contact the Area Defense Counsel Office at 623-856-6701. For emergency consultation during off-duty hours, contact the 56th Fighter Wing Command Post at 623-856-5600.

Because of today’s peacekeeping role, the U.S. Air Force is a primary target of hostile intelligence. As a combat-support organization, AFOSI is the Air Force’s primary arm to counter this threat.

All special agents are assigned work independently of base authorities, although not without coordination with the appropriate commander.

At times, allegations to be investigated can go and have gone beyond a particular Air Force facility. In these cases, AFOSI serves as the primary point of contact between the Air Force and other international, federal, state and local authorities, which might have an interest in or can lend support to a particular investigation. This investigative liaison ensures complete and comprehensive investigative results for Air Force commanders. Assigned special agents include both active-duty and Reserve Airmen as well as Air Force civilians who report directly to the Detachment 421 commander.

The Air Force Audit Agency provides all levels of Air Force management with independent, objective and quality audit services that include: