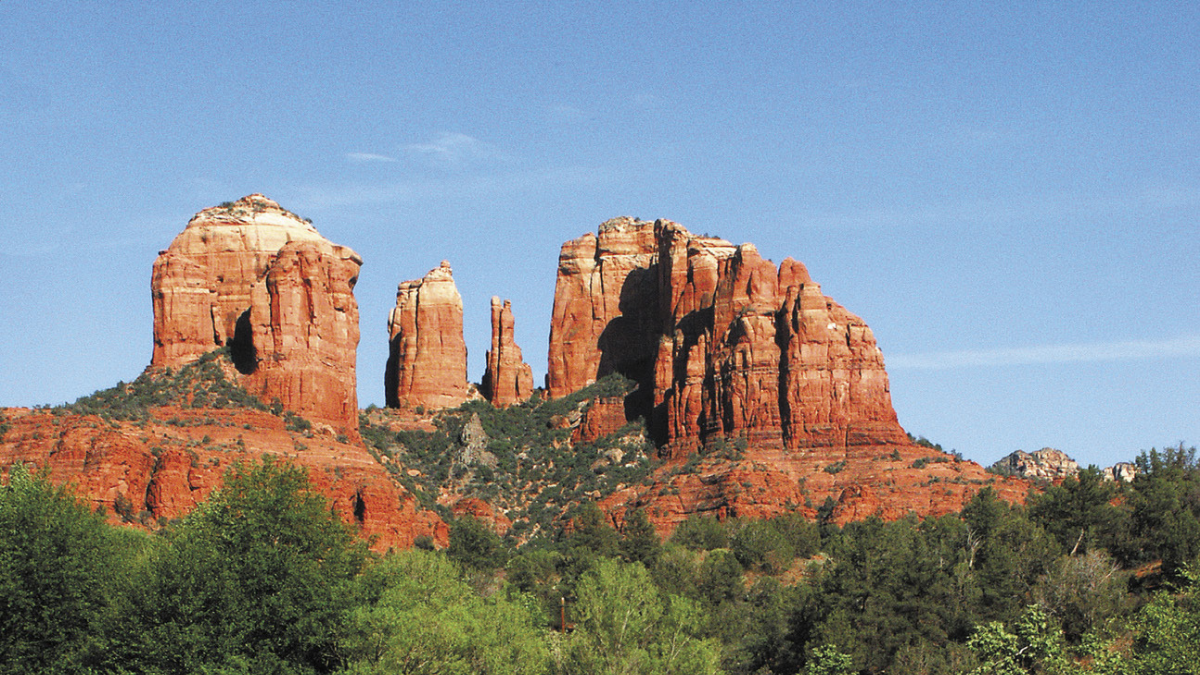 Sedona is situated in a unique geological area, one that has mesmerized visitors for decades. Surrounded by breathtaking red rock monoliths, Sedona is a haven for those who not only love spectacular scenery and open spaces, but those who desire an upscale, sophisticated destination with all the amenities.

Originally constructed as a research facility to develop self-sustaining space colonization technology, Biosphere 2 is now open for public tours. Along the guided tour, visitors will get a glimpse of the one-of-a-kind facility, which houses five distinct ecosystems under glass.

Throughout history, Colossal Cave has served numerous people. As early as A.D. 900, the Hohokam tribe lived in a thriving community surrounding the cave, which was used for shelter, storage and as a shrine. Among the more interesting uses of the cave since those early days was as a hideout for train robbers in the 1880s. Take a tour of the history and natural beauty of this park, which is on the National Register of Historic Places.

The International Wildlife Museum, founded in 1988, is dedicated to increasing knowledge and appreciation of the diverse wildlife of the world as well as explaining the role of wildlife management in conservation. The museum has more than 400 species of insects, mammals and birds from across the globe on display.

The Pima Air & Space Museum first opened to the public in 1976 with a display collection of 75 aircraft. Today, the museum has a collection of more than 300 aircraft and is one of the largest air and space museums in the world. The museum also offers exclusive bus tours of the adjacent 309th Aerospace Maintenance and Regeneration Group, known as the “Boneyard,” the fabled “Graveyard of Planes” on Davis-Monthan Air Force Base.

The Titan Missile Museum is the only remaining Titan II site open to the public and offers a glimpse into the time when nuclear war between the United States and the former Soviet Union was a real threat.

Trail Dust Town was originally constructed as a movie set but today is considered the prime Western-themed town in Tucson. A host of attractions include the Fiesta del Presidio carousel, a C.P. Huntington miniature train, stunt shows, the Rifle Saloon Shooting Gallery and the Museum of the Horse Soldier.

The Arboretum at Flagstaff

The Arboretum at Flagstaff is dedicated to enhancing the understanding, appreciation and conservation of plants native to the Colorado Plateau. To that end, the arboretum offers guided tours daily of 2,500 species of high-elevation plants. The site is also an ideal area for bird walks; 100 species of birds have been sighted throughout the several miles of trails the Arboretum maintains.

Arizona Snowbowl, on the San Francisco Peaks in Coconino National Forest, offers a uniquely enjoyable experience for the entire family. With 40 runs covering 777 skiable acres of pristine terrain, the Snowbowl caters to all experience levels of both skiers and snowboarders. During the summer, the resort’s scenic chairlift climbs to the top of Arizona’s highest peaks and drops riders off at an elevation of 11,500 feet. From there, riders can take in beautiful views of Sedona’s red rocks, the cinder cone volcanic field and the Grand Canyon.

Coconino National Forest covers more than 1.8 million acres of beautiful Arizona wilderness, ranging from the red rocks of Sedona, to ponderosa pine forests and alpine tundra. Amid the majesty of the park, visitors can explore mountains and canyons, fish in forest lakes and wade through creeks and streams.

Flagstaff’s Heritage Square is a perfect gathering spot in the heart of downtown. Events are held in the square throughout the year. Events include a summer concert series, Art on the Square, Movies on the Square, an artisan market and children’s activities.

The Lowell Observatory was founded in 1894 by Percival Lowell and continues its work as an active research station to this day. Guided tours lead visitors through the observatory to the original telescope built in 1896 and the telescope used in 1930 to discover Pluto. The tours run daily, and most evenings a telescope is open for use by visitors.

The Museum of Northern Arizona was founded in 1928 as a private, nonprofit institution dedicated to preserving the history and culture of northern Arizona and the Colorado Plateau. Today, the museum and its repositories house more than 5 million Native American artifacts, natural science specimens and fine art pieces.

Founded in 1906, the Pioneer Museum was relocated to the historic Coconino County Hospital for the Indigent in 1963 and houses an immense collection of items pertaining to Arizona’s history. The artifacts include farm machinery, medical equipment, household items, toys, a 1929 Baldwin articulated locomotive and a Santa Fe caboose.