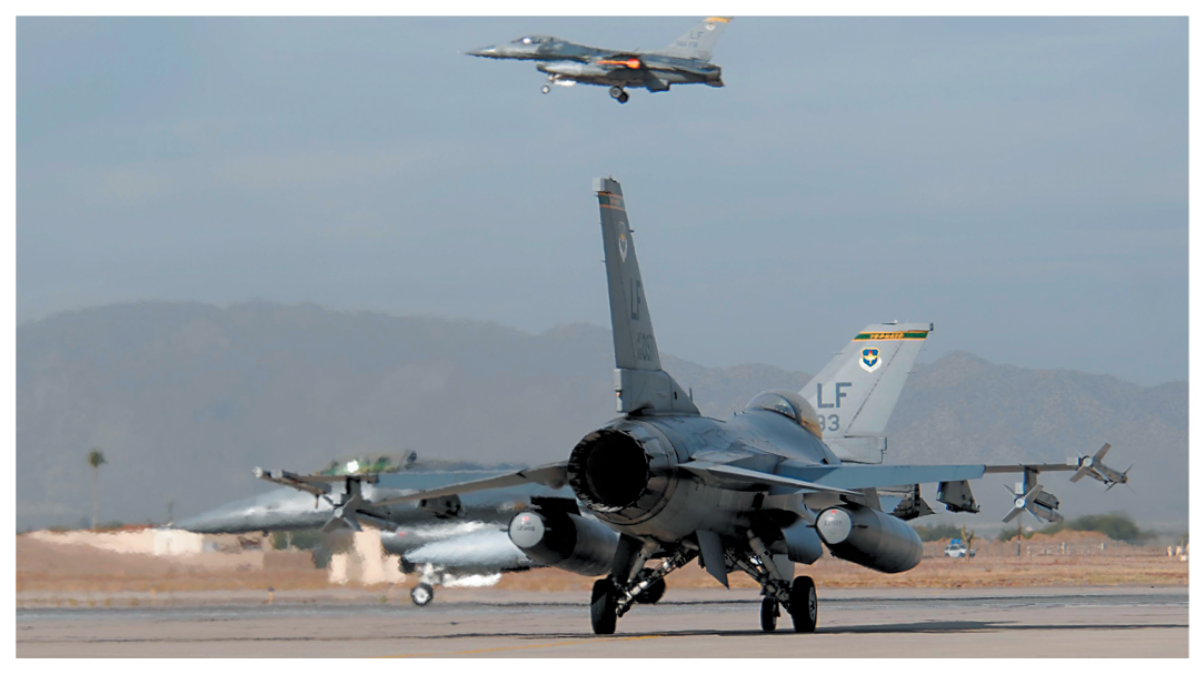 The sophisticated F-16 Fighting Falcon began performing the fighter training mission here Feb. 2, 1983. This multirole fighter is equally potent in air-to-air and air-to-surface situations, combining advanced fly-by-wire technology with relatively low-cost production and maintenance. Its maneuverability and combat radius exceed that of all other fighter aircraft while operating in an air superiority role. In an air-to-surface role, the F-16 has an exceptional mission radius of more than 500 nautical miles, superior weapons delivery accuracy and excellent self-defense capability.

The F-16’s light weight is achieved without extensive use of exotic materials or at the cost of strength. Structural capability allows full exploitation of the unique F-16 maneuver characteristics. Design load limit is nine times the force of gravity with full internal fuel, in contrast with other fighters with limits of 6.5 G’s to 7.3 G’s with only 60 to 80 percent internal fuel.

The F-16’s high thrust-to-weight ratio and low-wing loading permit it to out-maneuver any threat aircraft in the classic air combat arena and consume a fraction of the fuel of an F-15E Eagle when performing the same mission. The F-16 Fighting Falcon provides a significant increase in combat capability with a lower investment in money, manpower and fuel.