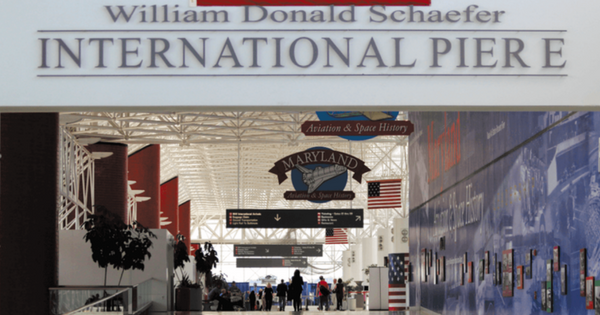 Interstates and major highways connect Anne Arundel and Howard counties to Washington, D.C., other historic and scenic parts of Maryland and the Eastern region of the country. While many people traveling in the area choose to drive, there are many public transit and other commuter options for those who work in Washington, D.C., or Baltimore. The area is also served by a Greyhound station.

For those who choose to fly, there are three major airports with numerous airlines, including international carriers.

BWI Marshall is a world-class airport with access to destinations around the world. While many regional residents and businesses rely on the airport’s passenger and cargo services, its economic contributions also are significant, making BWI Marshall not only an air transportation center but also a catalyst for growth and jobs. Activities including passenger airlines and taxi services, retail operators, security services, facilities construction and maintenance create jobs and revenue for the entire region, in addition to spending by visitors. In 2014, the most recent figures available, BWI Marshall contributed nearly 98,000 jobs, $3.8 billion in personal income, $7 billion in business revenue and $1.6 billion in local purchases, according to the 2015 Regional and Local Economic Impacts analysis by the Maryland Aviation Administration. The total tax contribution was more than $796 million that year.

A free airport shuttle carries passengers from the lower level terminal for a 10-minute ride to the new car rental facility and its 11 agencies.

BWI Marshall is 28 miles from Howard County and 24 from Anne Arundel County.

Airport shuttle buses ferry passengers to all terminals and the car rental and parking areas. The airport houses nine rental car agencies with a 10th off site.

Washington, D.C.’s, Metrorail connects to the concourse level of Terminals B and C. Metrorail provides access to locations throughout Washington, D.C., Virginia and Maryland, and taxi lines wait outside all terminal baggage claim areas.

The airport, 36 miles from Howard County, features an unequaled view of Washington, D.C., and key monuments, and quality shopping and dining before and after security checkpoints. The airport is 39 miles from Anne Arundel County.

Washington Dulles International Airport sits on nearly 12,000 acres in Chantilly, Virginia, 37 miles from Howard County and about 55 miles from Anne Arundel County. Dulles is a major hub for domestic and international air travel with 10 domestic legacy and low-fare carriers and 27 international carriers that provide air service throughout the world. Flights operate from midfield concourses A, B, C and D and Z-gates connected to the Main Terminal. The airport links to the region’s highway system via an authority-operated, 16-mile Airport Access Highway.

The USO Lounge in the Main Terminal’s baggage claim level, before the security checkpoint, welcomes military personnel and their families, more than 25,000 visitors every year.

Airport transportation includes shuttle buses that carry passengers to nine rental car companies; the nonstop Silver Line Express bus from the airport to the Wiehle Avenue Metrorail Station; and Washington Flyer taxicabs at Doors 2 and 6 on the terminal’s lower level.

Free shuttle buses from this station serve BWI Marshall Airport, operating every 12 to 25 minutes daily. Buses stop adjacent to the rail station garage directly in front of the rail station. The station also is part of the passenger railroad’s Acela Express, Northeast Regional and Vermonter routes. Visit the website for schedules, fares and more information.

In Anne Arundel County, the MARC Penn line stops at Odenton with connections to Baltimore and Washington, D.C. For commuter train maps, schedules, fares and more information, visit the MARC website or call the Ride MTA info line at 866-RIDE-MTA (743-3682).

The Metro bus system offers peak-hour service from Crofton to New Carrollton and other service from the BWI Airport/BWI Business Park light rail station to the Greenbelt Metrorail station. Call the general information line or visit the website for information about maps, fares and schedules.

Greyhound provides intercity bus service from Annapolis to Washington, D.C. The Annapolis address is a Greyhound bus stop only. Call for hours of operation, fares and schedules or visit the website.

This service provides free car and van pool matching services to individuals traveling within Howard County or to Washington, D.C., Baltimore and surrounding areas, as well as other transit options for commuters.

This company provides bus service connecting Annapolis to the New Carrollton Metro/MARC station via the Route 50 Corridor. See the website schedule for times and pickup points. Charters also are available.

As a contractor with MTA, Dillon’s provides daily scheduled service from Annapolis to business and government employment centers in Washington, D.C., and Baltimore. Call or visit the website for more information about maps, fares, schedules and more.