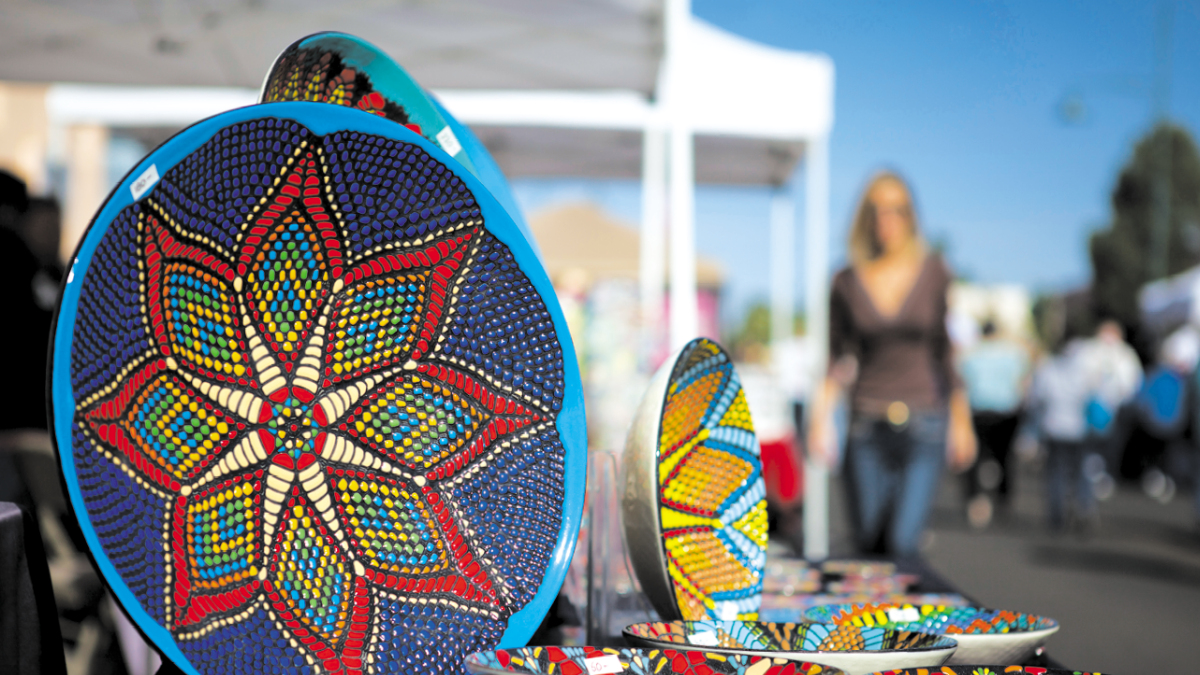 Just west of White Sands Missile Range and about a 35-mile drive through the Organ Mountain range is the city of Las Cruces. A majority of the installation’s civilian workforce live in Las Cruces and thereby play a major role in its economic prosperity. In return, the city provides WSMR employees and visitors with a great quality of life, offering a broad spectrum of cultural, educational and recreational opportunities.

The city has several recreation centers and numerous parks, including a skate park. The larger parks feature playgrounds, picnic tables and festivals throughout the year. Las Cruces has wonderful weather, so outdoor sports can be enjoyed year-round at some of southern New Mexico’s finest recreational facilities. There are plenty of places to walk, run, hike, bike or play. The city’s parks and recreation division manages more than 30 parks, as well as an aquatic facility, three public swimming pools and five recreation centers. Other recreational facilities include soccer fields, baseball fields and lighted tennis courts. The city of Las Cruces offers a variety of programs, activities and events for the public at several of the city’s recreation centers. Outdoor enthusiasts also enjoy hiking opportunities in the nearby Organ Mountains and searching for fossils near Picacho Peak.

Numerous museums and art galleries are within the city, including the New Mexico Farm & Ranch Heritage Museum, the Las Cruces Railroad Museum, the Las Cruces Museum of Art, Branigan Cultural Center and the University Art Gallery. A farmers and crafts market is held in historic downtown every Wednesday and Saturday.

Las Cruces features several annual events, all famous for their cultural flavor and down-home entertainment. Several of Las Cruces’ annual events — SalsaFest, the Renaissance Arts Faire, Cowboy Days and the Fiesta de San Ysidro (now known as the Blessing of the Field) — have been voted to the list of the Top 100 Events in North America by the American Bus Association. Additionally, there are active theater groups as well as a symphony orchestra and other music ensembles.

Las Cruces is considered part of the “Borderplex” — along with El Paso, Texas, and Juarez, Mexico. The North American Free Trade Agreement, the city’s proximity to El Paso and Juarez and its location at the interchange of two interstate highways have combined to influence and increase the area’s industrial growth. The mainstays of the local economy include agriculture, commerce, education, and defense and aerospace industries.

Las Cruces is home to New Mexico State University, with more than 28,000 undergraduate and graduate students on its main and branch campuses. NMSU is a NASA Space Grant College and Hispanic-serving institution. On the main campus, bachelor’s and graduate degree programs are available through the colleges of agriculture, consumer and environmental sciences, arts and sciences, business, education, engineering, extended learning, health and social services, honors and the graduate school. The College of Extended Learning also provides a wide array of distance education programs. NMSU is a member of the Western Athletic Conference.

A few miles south of Las Cruces is historic Mesilla. The town was a destination of early Spanish explorers and, later, a rest stop on the Butterfield Overland Mail Route. The Gadsden Purchase made this territory part of the United States in 1854. In 1881, infamous outlaw Billy the Kid was tried for murder in Mesilla but escaped before the death sentence could be carried out.

Today, Mesilla is known for the restaurants, museums, gift shops and art galleries in and around its plaza. A crafts market is held on the plaza Friday and Sunday afternoons. A central landmark is the Basilica of San Albino, which was established in the early 1850s and was originally built from adobe. Mass is still offered in both English and Spanish.

Quick links for more information about Mesilla and its area attractions

Alamogordo, the county seat of Otero County, is a thriving community of more than 30,000. The city was founded in 1898 with the westward expansion of the railroad. It has been named in a national survey as one of the 50 healthiest places to live in the United States. Holloman Air Force Base, home of the 49th Wing and the German Air Force Flying Training Center, is the city’s closest neighbor and largest employer.

Alamogordo supports a number of diverse industries to include logging and health-related enterprises. Tourism-related activity and light manufacturing also contribute to the economy. Alamogordo is the site of the Otero County Fair in August, the annual Cottonwood Festival on Labor Day weekend, the White Sands Balloon Invitational, the German Air Force Oktoberfest in September and the Christmas parade in December.

Other attractions include the New Mexico Museum of Space History and nearby Lincoln National Forest.

Quick links for more information about Alamogordo and its area attractions

El Paso has long been recognized as the gateway city between the Southwest and Mexico. With a city and surrounding area population of more than 800,000, combined with neighboring Juarez, Mexico, with its population of more than 1.3 million, the area is one of the largest bi-national metropolitan areas in the world. El Paso is also home to Fort Bliss and the William Beaumont Army Medical Center.

Within a day’s driving time, one may go from ski slopes in snowy mountains to the ruggedness of Big Bend National Park and from Indian ruins in Mexico to lava beds formed by ancient volcanoes. The city is also home to the El Paso Chihuahuas minor league baseball team.

El Paso Community College has an enrollment of more than 30,000 students at its five campuses throughout El Paso County. It offers more than 130 programs of study to earn an associate degree or certificate of completion. Students can take courses that transfer to any Texas college or university.

The University of Texas at El Paso (UTEP) is a dynamic urban university that serves its more than 23,000 students enrolled in 70 bachelor’s, 76 master’s and 20 doctoral programs. UTEP is recognized nationally for its leadership role in changing the face of U.S. higher education. Its students, who are 78 percent Hispanic, mirror the population of this region and, increasingly, that of Texas and the United States. UTEP’s success in serving as a catalyst for economic development and quality of life in this region has placed it in the national spotlight as a model 21st century research university. In 2014, Washington Monthly magazine ranked UTEP No. 8 in the U.S. among all national research universities.

With its glistening sand dunes, White Sands National Monument is a major attraction. The national monument is one of New Mexico’s most visited national park sites and offers picnicking, nightly ranger-led sunset strolls, hiking, backcountry camping and the popular activity for kids of all ages — sledding down the dunes. For more information, visit www.nps.gov/whsa.