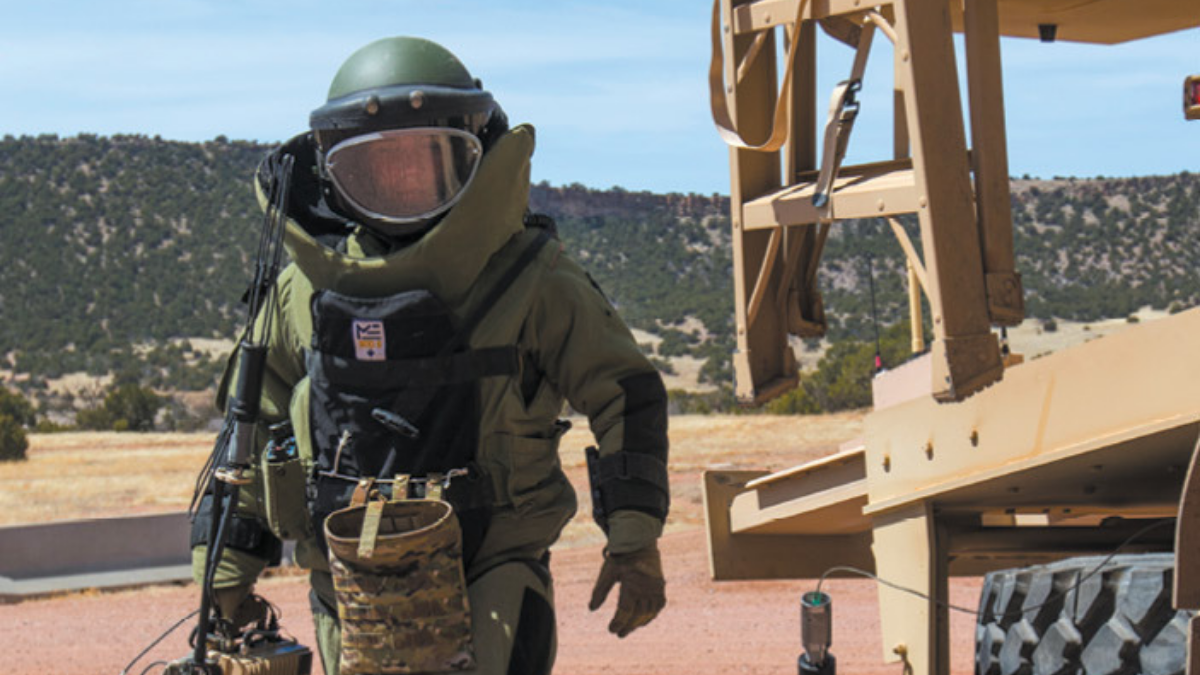 The 759th Military Police Battalion was constituted Aug. 19, 1942, and activated Sept. 15, 1942, at Fort Ontario, N.Y. The battalion remained at Fort Ontario undergoing training until March 1943 when it moved to New York City and was engaged in dock security.

The 759th supported the war effort in Europe during World War II with 12th Army Group, 3rd Army and 7th Army. Following the war, it served in Berlin, training the new German police force and providing security in the American sector. The unit was inactivated Nov. 2, 1953.

The 759th Military Police Battalion was relocated to Fort Carson in 1987. From Aug. 6, 1990, to Dec. 4, 1990, Headquarters and Headquarters Detachment and the 984th MP Company deployed to Panama in support of Operation Promote Liberty. Their mission was to protect U.S. citizens, U.S. property and U.S. interests in support of the nation-building process.

In 1991, the battalion deployed in support of operations Desert Shield and Desert Storm. The battalion was awarded the Meritorious Unit Commendation and Streamer embroidered SOUTHWEST ASIA.

In 1999, the 759th MP Bn. was awarded the Superior Unit Citation for distinguishing itself by deploying and redeploying subordinate units and individual Soldiers in support of two major contingency operations, three major training exercises, and numerous secretary of defense and U.S. Army Forces Command support missions, while simultaneously providing force protection and law enforcement support of the Fort Carson community.

Following Sept. 11, 2001, the battalion deployed to the Military District of Washington in support of Operation Noble Eagle. There they provided security to the Pentagon.

In September 2002, the 984th MP Company deployed to Guantanamo Bay, Cuba, in support of Operation Enduring Freedom. Soldiers provided security at the detention facilities and were involved in multiple air-bridge missions to Afghanistan. In 2003, the 59th MP Company deployed to Baghdad, Iraq, in support of Operation Iraqi Freedom. The company was located at Camp Victory and conducted numerous patrols in the vicinity of the camp as both law enforcement and combat operations.

In January 2004, the battalion deployed to Baghdad, Iraq, in support of Operation Iraqi Freedom. Upon arrival into theater, the battalion was put in charge of numerous Iraqi police stations on the east side of the Tigris River. In October 2004, the battalion moved to Abu Ghraib prison to support the 3rd Light Armored Reconnaissance Battalion and 1st Cavalry Division in Fallujah. Soldiers from the 984th MP Company and 630th MP Company provided security to the major access roads into Fallujah, allowing freedom of movement for coalition forces.

The Lone Sentinel Battalion once again was called to Iraq in Support of OIF 06-08, departing Fort Carson Aug. 24, 2006, and serving in Iraq until its redeployment Nov. 12, 2007. The 759th MP Battalion was the first MP battalion to endure the 15-month deployment. Serving alongside the 2nd Brigade Combat Team, 2nd Infantry Division, and the 2nd Brigade Combat Team, 82nd Airborne Division, in East Baghdad, the 759th oversaw the equipping and training of the Iraqi police in more than 60 Iraqi police stations there. The Task Force logged more than 1 million miles on the road and conducted more than 60,000 combat patrols during its combat service in Iraq. In July 2007, the 59th MP Company deployed as a part of the U.S. Forces’ “surge” effort, serving with Task Force Lone Sentinel until the battalion colors redeployed in September 2008.

The 759th Military Police Battalion remains one of the premier military police battalions of the U.S. Army.