Have You Visited Missouri Lately? 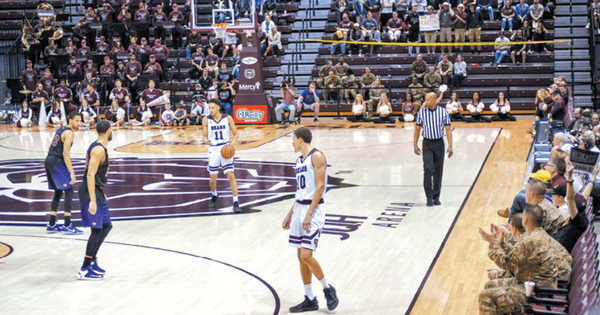 Missouri is divided into five diverse vacation regions, each offering a different and unique way to visit Missouri.

Visitors can visit the University of Missouri in Columbia. “Mizzou,” the nickname used by locals to refer to the university, gives visitors to Columbia a unique vacation experience. Downtown Columbia, known as the “District,” offers a variety of shops, coffeehouses and restaurants. This large college town gives visitors a variety of cultural experiences to discover in a laid-back and friendly atmosphere. Sedalia, one of Missouri’s most history-rich towns, is where Scott Joplin composed some of his most famous ragtime music. Fans flock there each June for the Scott Joplin Ragtime Festival. In August, Sedalia also hosts the annual Missouri State Fair, which has delighted visitors for more than a century. The central region is also home to the famous Missouri wine country. Enjoy juices, sausages, cheeses and desserts, as well as wine tasting events at one of the many breathtaking vineyards scattered through the rolling countryside. Jefferson City, home of the Missouri State Capitol, also boasts a variety of other historical sites. The Lake of the Ozarks is one of Missouri’s most famous and most visited outdoor attractions. Besides swimming, boating, water skiing, fishing and hiking, you can tour caves, choose from numerous premier golf courses, and enjoy shopping antique and outlet stores.

The southwest region of Missouri has become a haven for fans of live music and Vegas-style entertainment. Known for its “real American entertainment,” Branson has more than 40 magnificent theaters with more than 100 shows, featuring music legends such as Andy Williams and Shoji Tabuchi. The southwest region of Missouri also offers visitors lots of water fun, with the beautiful Table Rock Lake located near Branson. The southwest region also boasts some amazing historical sites, such as the George Washington Carver Monument in Diamond, the birthplace of President Harry S. Truman in Lamar and the Kendrick house, one of only a few structures still standing in Carthage after Civil War guerrilla warfare. For more Civil War history, visitors can also view Wilson’s Creek National Battlefield, where the first general officer, Union commander Gen. Nathaniel Lyon, was killed during the Civil War. Author Laura Ingalls Wilder’s home, Rocky Ridge Farm, is just outside of Mansfield. Visitors can tour two homes at the museum: the farmhouse, which Wilder and her husband, Almanzo, built upon moving to Missouri in 1894, and the Rock House, which their daughter Rose built for them in 1928.

The southeast region is known for its winding hills, sparkling rivers, bubbling springs and quaint river towns. This area, including the Ozark National Scenic Riverways, is best seen by paddling, trekking, climbing and splashing through the region’s beautiful scenery. The boulders of Elephant Rocks State Park are a breathtaking natural configuration of granite rocks that are a billion years old. Located in Belleview, no visit to the southeast region is complete without seeing this natural wonder. Cape Girardeau, perched on the banks of the Mississippi River, is home to the 1,100-foot-long Missouri River Tales Mural. The mural depicts the area’s heritage. The Cape Girardeau Common Pleas Courthouse and Old St. Vincent’s Church also are inspiring. Located in Sikeston-Miner, Lambert’s Cafe is one of Missouri’s most famous eateries. Home of the “throwed rolls,” Lambert’s is fun for the whole family — just make sure to duck if you see a hot roll heading your way. New Madrid was the site of the strongest earthquakes in modern North America history during the winter of 1811-1812. Detailed exhibits at the New Madrid Historical Museum chronicle the event, and evidence of the quakes can be seen across the region in the form of sand blows, sinkholes and ridges.

The northwest region offers the big-city attractions of Kansas City, as well as the old-fashioned charm of small towns reminiscent of the Old West. Kansas City has many well-known shopping, dining and entertainment options, including a unique jewel known as the Country Club Plaza, Kansas City’s premier retail restaurant and entertainment center. Offering more than 150 outstanding shops and dozens of restaurants in a beautiful 15-block area, this world-renowned landmark was modeled after Kansas City’s sister city, Seville, Spain.

For those in search of the country’s finest art museums, a visit to the Nelson-Atkins Museum of Art is a must. Breathtaking to walk through, the Nelson is home to world-class exhibits shown year-round. Sports fans will enjoy exciting Major League Baseball with the Kansas City Royals, NFL football with the Kansas City Chiefs and Major League Soccer with Sporting Kansas City. This area also boasts Independence, site of the Harry S. Truman Presidential Library and Museum. Weston, with more than 100 buildings pre-dating the Civil War, is home to museums, wineries and Weston Bend State Park. Near Buckner is the reconstructed Fort Osage, built by William Clark as the first outpost in the Louisiana Territory. St. Joseph was the starting point for the Pony Express in 1860. Located in St. Joseph are art and history museums, the first row houses built west of the Mississippi River, and the frame house where the outlaw, Jesse James, was shot and killed. The Jamesport area is the largest Amish settlement in Missouri today and features antique shops, country stores and crafts. In the early 1800s, the Mormons settled the area west of Jamesport.

The northeast region’s largest city is St. Louis, home of the stunning, 630-foot Gateway Arch. Don’t miss downtown St. Louis’ wacky and wonderful City Museum, which offers 600,000 square feet of hands-on experiences for all ages. For true thrills, spend a day at Six Flags St. Louis in Eureka. St. Louis is also home to the world-renowned, 90-acre St. Louis Zoo, numerous museums and the Cathedral Basilica of St. Louis, which dates from 1907 and features a mosaic art collection. Historic St. Charles is a beautiful destination for those looking to experience true small-town America. The first Missouri State Capitol building is here, as is the site where Lewis and Clark left the riverbank to explore the Louisiana Purchase territory. You can view full-size replicas of keelboats and pirogues, the types of craft used by these intrepid explorers, at the Lewis & Clark Boat House and Nature Center. Also located in the northeast region is the town of Defiance, where the legendary frontiersman Daniel Boone died in 1820 at the age of 86. Guests can tour the limestone mansion, filled with memorabilia from the Boone family. For more history, visitors can head to the Meramec Caverns in Stanton, hideout of the famous outlaw Jesse James. Also located in the northeast region is the town of Hannibal. From the stories about the boyhood of Samuel Langhorne Clemens, better known today as Mark Twain, to the intricate old-fashioned shops along the riverfront, Hannibal is a magical experience for individuals and familiesalike.

More information on Missouri’s regions and attractions is available by visiting www.VisitMO.com, through the Fort Leonard Wood Information, Tickets and Registration Office and from the Pulaski County Tourism Bureau. Complimentary day trip and driving tour brochures are available at the Pulaski County Visitors Center at 137 St. Robert Blvd., Suite A, St. Robert. The tourism bureau also has a web page at www.visitpulaskicounty.org, and their phone number is 573-336-6355 or toll free 877-858-8687.