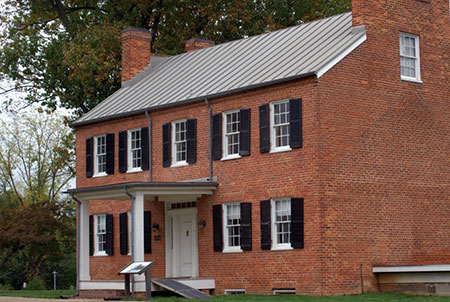 The circa 1800 courthouse, located at 4000 Chain Bridge Road, is still in use today. During the American Civil War, control of the courthouse changed hands several times as both armies sought to use it.

The Historic Blenheim house was built in 1859 and served as a refugee and reserve hospital for Union soldiers during the Civil War. The attic of the house is home to some of the best-preserved war graffiti in the country and more than 115 Union soldiers inscribed their names, regiments and thoughts on the walls.

The NRA's National Firearms Museum houses over 2,000 historic firearms tracing their development over more than 600 years.