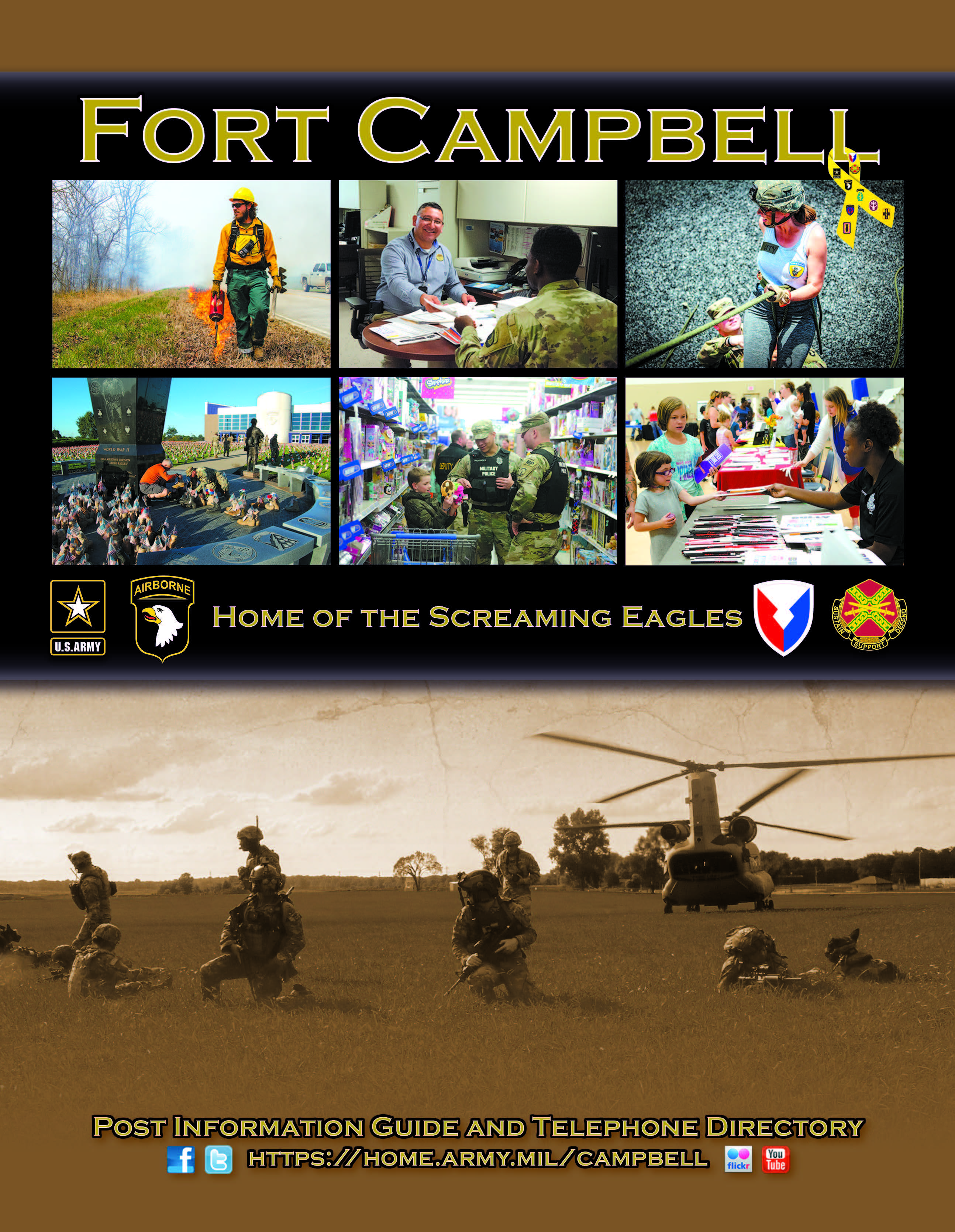 How to Relocate to Fort Campbell: A Guide

Hello and welcome to Fort Campbell! Sitting astride the Kentucky-Tennessee border, our base is best known today as the home of the United States Army’s storied 101st Airborne Division (“The Screaming Eagles”). Named for Army veteran and 14th Governor of Tennessee William Bowen Campbell, the base sits between the thriving small cities of Hopkinsville, Kentucky and Clarksville, Tennessee. These two towns, while not dependent on Fort Campbell, are nevertheless key pieces of the community making up our post. By relocating here, you and your military family will join this great community.

Although the location of Fort Campbell was selected for construction of an Army base in the summer of 1941, construction did not begin until early 1942. By then, America had entered the Second World War and raced to increase the size of its military. Initially planned as the home to a single armored division and necessary support personnel, Campbell went on to house and train the 12th, 14th, and 20th Armored Divisions, as well as the 26th Infantry Division, during the war.

The Fort was made a permanent installation in 1950 and, in September 1956, the home of the newly reactivated 101st Airborne. Army Chief of Staff General Maxwell Taylor, who famously led the division throughout WWII, personally presented the colors to the unit’s new commanding officer. The base grew over the years to include a variety of training facilities and units at different times, as well as Campbell Army Airfield in 1959. Most notably, the base became home to the Sabalauski Air Assault School (TSAAS) where soldiers from all across the Army attempt to earn the coveted Air Assault Badge. TSAAS conducts pre-Ranger, rappel master, and pathfinder courses as well.

In addition to the 101st and the Air Assault School, Fort Campbell currently houses a number of other vital and historic Army units including the 5th Special Forces Group, the 52nd Ordnance Group, and the 160th Special Operations Aviation Regiment (“Night Stalkers”). When you and your military family relocate here you’ll be joining a collection of the men and women who serve and support some of the most elite units in the entire United States military.