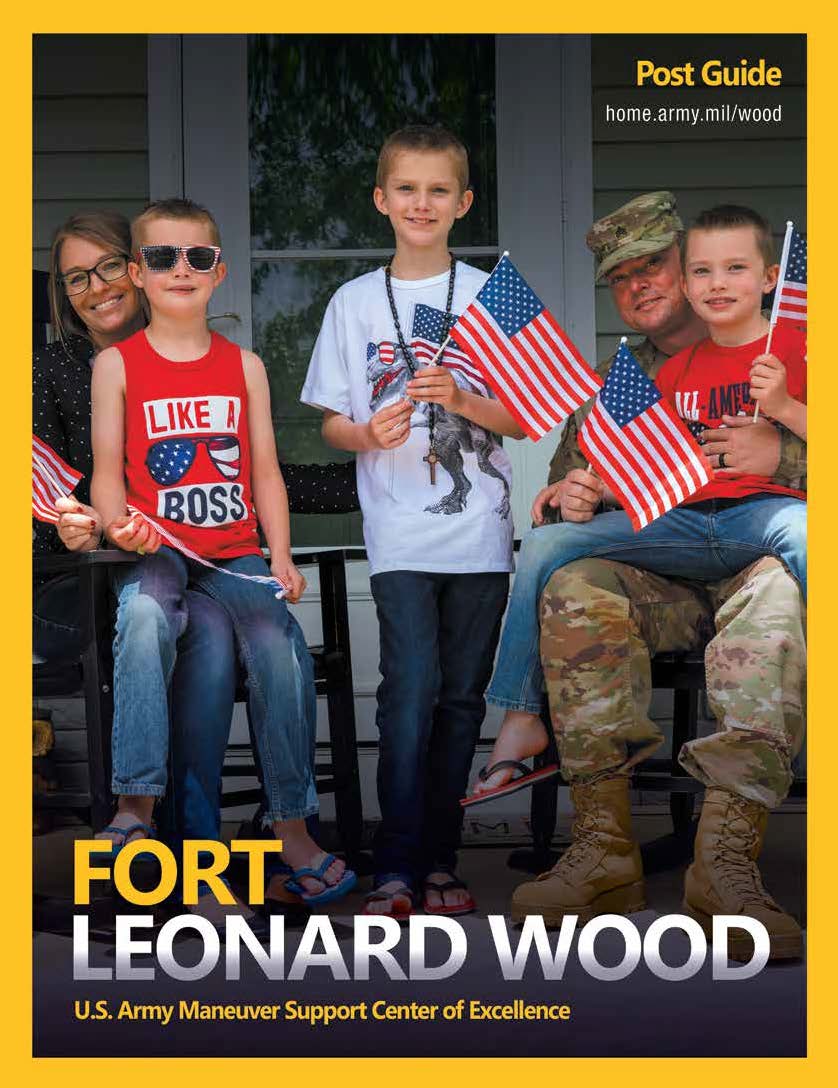 How to Relocate to Fort Leonard Wood: A Guide

Hello and welcome to Fort Leonard Wood! Nestled in the picturesque woodlands of the Missouri Ozarks, the base lies just south of the lovely small towns of Waynesville (population 5,365) and St. Robert (5,747). And a fairly easy hour’s drive south is the city of Springfield, the Queen City of the Ozarks. The post is deeply tied into the local community, known for its participation in civic events and celebrations, as well as its on-base museums that thousands of people patronize every year. So rest assured, your family is relocating to a vibrant and thriving military community. But it’s also a vital Army installation with a storied history.

When a young, unemployed physician named Leonard Wood joined the US Army Medical Corps as an assistant surgeon with no official rank in 1885, he probably had no inkling of the long list of career accomplishments that lay ahead of him. The commanding officer of the Rough Riders with Theodore Roosevelt as his number two. Military Governor of Cuba. The rank of Major General. Army Chief of Staff. Governor-General of the Philippines. The Medal of Honor. And a vital training installation, the U.S. Army Maneuver Support Center of Excellence, named for him.

Founded in December of 1940 as World War Two raged in Europe but before the US joined the fray, Fort Leonard Wood got its official name the following January. When America began to expand its military after entering the war, the base became home to the Engineer Replacement Training Center, a facility focused on preparing Army engineers to deploy overseas and replace those rotating home or tragically lost in combat. Additionally, the base served as a large POW camp for German and Italian soldiers.

Today, Fort Leonard Wood is home not only to the school for the Army’s Engineers but the schools for their Military Police, CBRN (Chemical, Biological, Radiological, Nuclear) personnel, and the Transportation Corps. As one of four bases where Army recruits go through BCT (Basic Combat Training, colloquially known as basic training or boot camp), Fort Leonard Wood produces tens of thousands of new soldiers each and every year. It then puts most of those troops through Advanced Individual Training (AIT), molding them into the infinitely vital support personnel who keep the United States Army functioning smoothly and fighting hard. Additionally, the base is home to the second phase of the Basic Officer Leadership Course (BOLC B) for all new lieutenants in the MP, CBRN, and engineer specialties.

Located in the famously scenic Missouri Ozarks just south of the city of Saint Roberts, Missouri, Fort Leonard Wood is surrounded by picturesque woods perfect for outdoor recreation activities from hiking to hunting. The base itself takes up nearly 63,000 acres, most of which remain rough and rugged in order to facilitate the kind of wilderness training that makes America’s troops ever ready and extra sharp. No doubt Major General Leonard Wood would be proud of the base that bears his illustrious name. And we’re excited that your military family has relocated here.