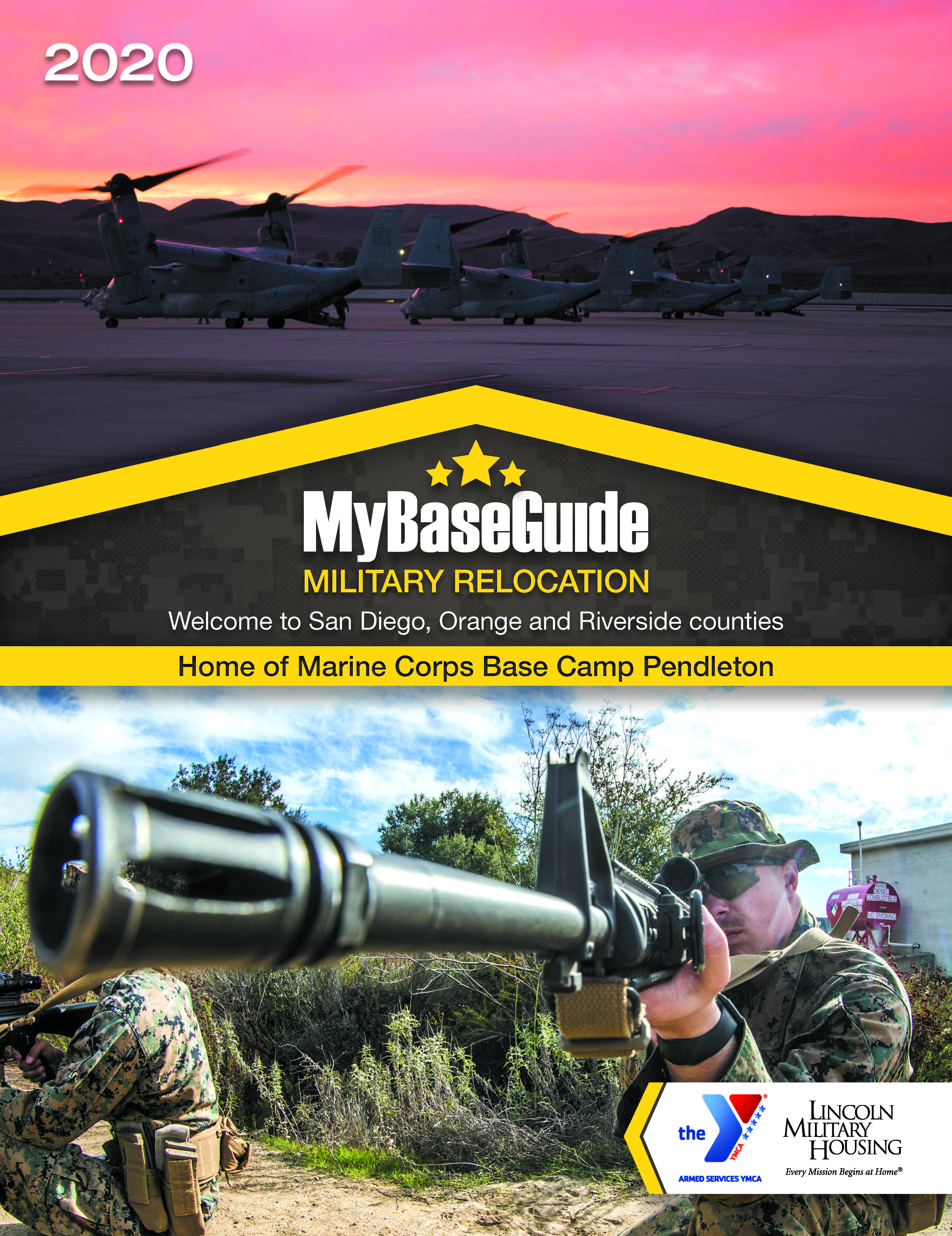 How to Relocate to Camp Pendleton: A Guide

Hello and welcome to Camp Pendleton! Home of the 1st Marine Expeditionary Force (MEF), the 1st Marine Division, and the 1st Marine Logistics Group (MLG) our base covers over 125,000 acres of beautiful Southern California country from hillsides to shorelines. A home to 38,000 members of military families and hosts upwards of 70,000 people during working hours, and you and your military family are doubtlessly excited to relocate here and join their ranks. It’s one of the largest and most important bases operated by the Marine Corps and a key component in all of America’s military operations across the Pacific Ocean.

Named for turn-of-the-century Marine Major General and Navy Cross winner Joseph Pendleton, construction of the base began in the spring of 1942. With America’s involvement in World War Two well underway the Marines, along with all the other branches of the military, needed to expand rapidly. Thus, the base was constructed as quickly as possible and officially dedicated on September 25th of that year by President Franklin Roosevelt. The first troops there were the 9th Marine Regiment led by future commandant Lemuel C. Shepherd Jr. Throughout WWII the base served as a massive training facility in specialties from amphibious tractors to communications. In 1944 it became a permanent installation, and in 1946 it was officially designated the home of the 1st Marine Division.

Camp Pendleton underwent a massive upgrade during the Korean War followed by further improvements and enlargements continued throughout the decades of the Cold War. Since it’s designation as permanent, hundreds of thousands of Marines and Sailors have trained at and passed through our post on their way to serve overseas in every conflict, security mission, or military-assisted humanitarian operation the US has participated in.

Sitting along a swath of miraculously undeveloped coast amid a dense cluster of picturesque California towns a mere 38 miles north of the historic and beautiful city of San Diego (and just over 60 miles south of Los Angeles) Camp Pendleton is one of the downright nicest and most convenient posts for military families to live on or near. With easy access to vibrant urban centers and pristine beaches, the area provides its residents with every kind of opportunity for work, recreation, or anything else a person could want. When you and your military family relocate here, know you’re relocating to one of the most ideal posts in the United States.