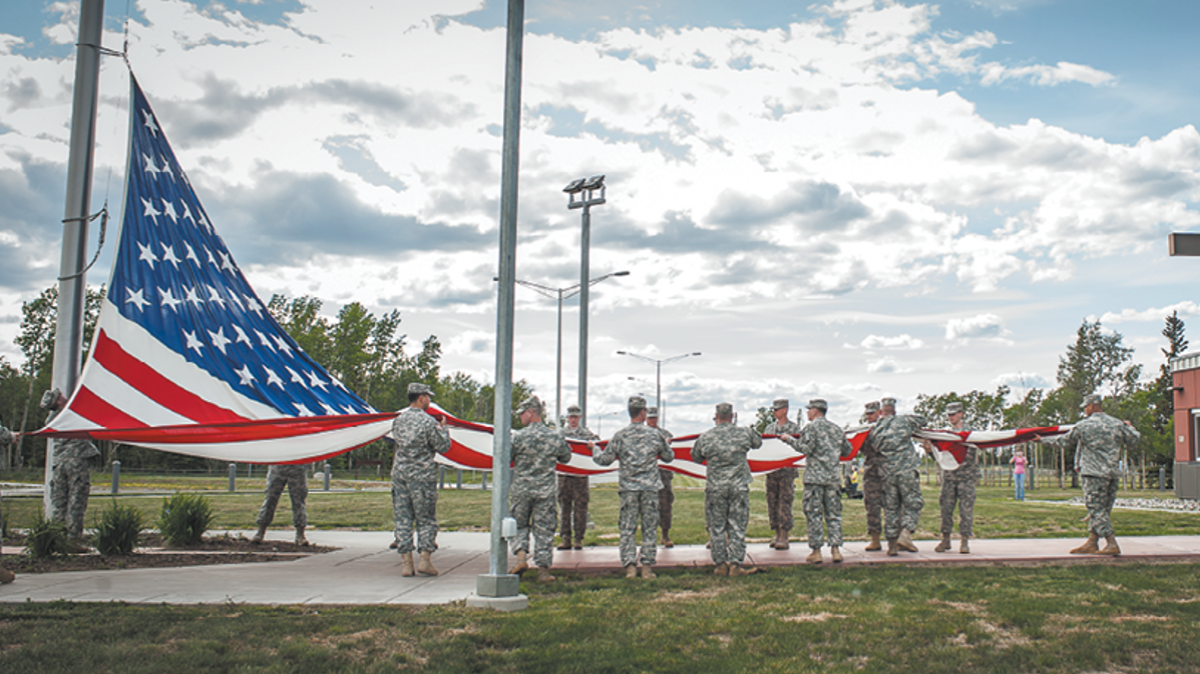 The Alaska Army National Guard headquarters is located on Joint Base Elmendorf-Richardson at Camp Denali. Only a portion of the 1,900 fully mission-capable Soldiers work full time at the headquarters. Most are “M-day” citizen Soldiers who work and train one weekend a month and perform two weeks of annual training throughout the year. Guardsmen live in nearly every community across Alaska and maintain proficiency in their ability to perform the Guard’s state and federal missions, including state emergency response, air and ground search and rescue support, and ballistic missile defense.

The Alaska Army National Guard is fully ready to perform its federal mission and protect Alaskans from natural and man-made threats by assisting the state when called upon.

The 176th Wing is one of the largest and most active Air National Guard wings in the country. Its more than 1,400 members serve Alaska and the United States as pilots, navigators, pararescuemen, combat rescue officers, mechanics, engineers, electricians, administrative support personnel, network programmers, air controllers, medical technicians, chaplains, photojournalists, firefighters and more. Many of these highly trained men and women work full time for the wing. Most, however, are “traditional” members, that is, citizen Airmen from all walks of life who work and train one weekend a month and 15 other days throughout the year.

From 1955 to 2011, the 176th Wing operated out of Kulis Air National Guard Base, just south of Ted Stevens International Airport in Anchorage. In early 2011, the unit moved to new buildings on JBER. The 176th Wing’s operational units include the 144th Airlift Squadron; the 210th, 211th and 212th rescue squadrons; and the 176th Air Defense Squadron.

Another important part of the 176th Wing’s mission is manning the Alaska Rescue Coordination Center. The RCC’s Guardsmen serve at the hub of Alaska’s rescue infrastructure, coordinating not only Air Guard units but also rescue units of the Coast Guard, National Park Service, Alaska State Troopers and other rescue agencies. The Alaska Air National Guard assumed control of this crucial rescue function in 1994. Since then, Alaska Guard members have coordinated 5,563 missions and are credited with saving more than 2,300 lives.