In San Antonio and South Texas 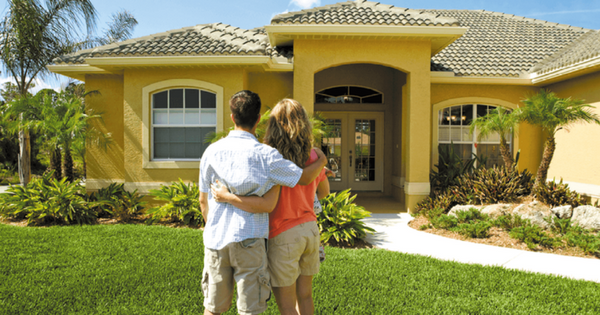 in San Antonio and South Texas

Nestled in the heart of south-central Texas, San Antonio has gone from the sleepy Spanish mission whose fall galvanized Texican revolutionaries to the seventh-biggest U.S. city, an international mix of heady glitz and down-home hospitality. The influences of Native Americans, Old Mexico, Germans, the Wild West, African-Americans and the Deep South can be seen and felt in the city’s rich history and bright future.

The second-largest metropolis in Texas — only Houston has more people — the Alamo city is a bustling hive of business, culture, sports, transportation and media. A high quality of life paired with a relatively low cost of living makes San Antonio attractive both to go-getters and retirees.

In 2010, under orders from the Base Closure and Realignment Commission, the Army’s Fort Sam Houston, Lackland Air Force Base and Randolph Air Force Base consolidated into Joint Base San Antonio. Supporting almost 400,000 people, JBSA is the largest single DOD installation, and just under 108,000 veterans live in the community. Approximately 150 miles away, Laughlin Air Force Base in Del Rio supports several thousand active-duty service members, civilians, family members, contractors and veterans in the area.

Enlist the help of a reputable real estate agent to help you sort through the area’s home options. The Texas Association of Realtors is a central source of local real estate information and services. Visit www.texasrealestate.com to find expert and professional services for those who’d like to buy their new home.

In 2017, the city had an estimated 1.5 million residents, according to the U.S. Census, with a total of 2.4 million people calling the extended metropolitan area home. Between 2014 and 2015, the city added almost 30,000 people, making it the fourth-fastest-growing U.S. metropolis. Population density in San Antonio was 2,473 per square mile in 2010, the census found. The city sits on about 460 square miles of land and enjoys a humid subtropical climate, with mild winters and hot, muggy summers. The year’s coldest month usually is January (average low 38.6 degrees), the warmest, July or August (average high just under 95 degrees), and the annual average temperature is just a shade over 69 degrees. The city is 74 miles southwest of Austin, the Texas capital. Area elevation is 772 feet, the highest point being Mount Smith at 1,892 feet, where the Edwards Plateau lifts the northeast part of Bexar County.

The city is divided into 10 council districts and organized by a council-manager form of government. Each district elects a representative to the council, with the mayor chosen in a citywide vote. The council functions as the city’s legislative body and hires the city manager, who oversees day-to-day operations and executes council ordinances.

For everyday recreation, the city’s Parks and Recreation Department maintains 235 public parks and other facilities, including a sunken garden theater, a wilderness park known for rare birds and terrestrial orchids, indoor and outdoor swimming pools, gymnasiums, historic cemeteries, sports facilities, recreation centers, the Japanese Tea Garden, and a botanical garden and conservatory. More than 15,338 acres of parkland are laced with 150-plus miles of walking, hiking and biking trails. Learn more about the city’s network of facilities and find those close to you at www.sanantonio.gov/parksandrec.

For information about city services, go to its website, www.sanantonio.gov.

San Antonio gives newcomers plenty of choices when selecting a home. The median gross rent was $882 and median selected monthly owner costs for housing units with a mortgage were $1,271 in 2016, the census calculated. Mean travel time to work in 2016 was about 24 minutes.

Following are some of San Antonio’s better-known neighborhoods.

The heart of the city, San Antonio’s downtown is a popular destination for tourists and locals visiting the Alamo; the Tower of the Americas; the River Walk; the Henry B. Gonzalez Convention Center and Rivercenter Mall; La Villita Historic Arts District; the San Antonio Public Library, called “Mexican Modernist” by historians and “Enchilada Red” by locals; and HemisFair Park, site of 1968’s World’s Fair. Downtown, the 1929 landmark Majestic Empire Theater with its extravagant design and canopy of twinkling stars hosts national touring acts, musical theater and dance companies all year long.

Bordered by Olmos Basin Park and its path-lined creek, this section of San Antonio is in the north-central corridor, 4.5 miles north of downtown. Highlights include the McNay Art Museum, first modern art museum in Texas; the Witte Museum; Brackenridge Park and the San Antonio Zoo; the Botanical Gardens; the San Antonio Country Club and Quarry Golf Club; and the Japanese Tea Garden.

This art-heavy area just south of downtown embraces the King William Historic District atop old irrigated farmland that once fed the Mission San Antonio de Valero — better known as the Alamo — to the north. By the late 1800s, prosperous German families were moving in, building imposing homes in Greek Revival, Italianate and Victorian styles. Restoration began in earnest in the 1950s, and now the whole area is on the National Register of Historic Places. Many residents enjoy the trails and picnic spots of the Medina River Recreation Area.

The suburban Northeast Side is the region closest to Randolph Air Force Base and comprises the suburbs of Schertz, Converse, Universal City, Selma, Kirby, Windcrest and Live Oak. School districts serving this side of the city include Judson, Schertz-Cibolo-Universal City and North East. Northeast Side also houses The Forum, one of the state’s largest shopping centers with almost 70 stores, and Rolling Oaks Mall.

Northwest Side holds neighborhoods, suburbs, businesses and institutions, among them the main campus of the University of Texas at San Antonio and the University of Texas Health Science Center at San Antonio. Also in Northwest is the Medical Center District, with its South Texas Medical Center hospital and research district. Smaller divisions include the Bluemel Road, Oak Hills, Mockingbird Hill and Cinnamon Creek neighborhoods, along with notable parks such as Denman Estate Park and the jogging path through the San Antonio Medical Center District, the San Antonio Medical Foundation Trail.

Inner West Side was one of the first neighborhoods within the city’s original 36 miles and has a mix of modest mostly two- and three-bedroom homes dating from the early 1900s and post-WWII. The historic Our Lady of the Lake University with its soaring spires, St. Mary’s University and the Basilica of the National Shrine of the Little Flower are landmarks.

Much of Far West Side lies beyond San Antonio’s city limits but is served by Bexar County, and with homes starting in the low- to mid-$100,000s and proximity to JBSA-Lackland, it has increasingly drawn middle-class families and first-time home buyers to make it one of the fastest-growing areas in the metropolis. Christus Santa Rosa Hospital & Westover Hills serves the area.

The pretty, pleasant city of Del Rio is in what is historically one of the most colorful parts of Texas.

Arid Val Verde County, with its broken ground so suited for ambushes, proximity to the Mexican border, solitary ranches and isolated springs bubbling up from the Edwards-Trinity aquifer, had the U.S. military already taking an interest by 1846, just as the Republic of Texas became a state. By 1852, the Army maintained a string of posts and forts from Fort Brown (now Brownsville, Texas) northwest to Fort Clark at Las Moras Springs east of Del Rio, where the government’s southern route to the California gold rush, the El Paso Road, crossed a Comanche raiding trail.

In 1868, settlers established a community, San Felipe Del Rio, on San Felipe Creek near the Fort Clark garrison. The post office for what was now “Del Rio” opened in 1872, the first school started with 15 students in 1874, and the Episcopal diocese built the first church there in 1884, though a tornado blew it away almost immediately.

In 1883, the Galveston, Harrisburg and San Antonio Railway came, and with easy access, so did more settlers. Sheep and cattle ranching were and remain important, though Angora goats also thrive on the rugged land, and the oldest stand-alone bull-riding event in the world, George Paul Memorial Bullriding, pays tribute to the region’s Western heritage.

Two lakes from dammed-up waters of the Devils River, built in the 1920s for power and recreation, were submerged by the 89,000-acre Amistad Reservoir and Dam slung across the Rio Grande 12 miles northwest of Del Rio in 1969. Today, Amistad Reservoir, jointly owned by the United States and Mexico, draws boating, fishing, swimming, scuba diving and water-skiing enthusiasts year-round.

The county seat of Val Verde County, Del Rio — just across the Rio Grande from its sister city, Ciudad Acuña, Mexico — had a little over 36,000 residents in 2017. Of those, 2,243 were veterans, the census says. The 20.2 square miles occupied by the city lie on the northwestern fringes of the South Texas brush country, semiarid in moisture, with hot and humid summers. Winter snow or freezing rain are surprising enough to raise comment. July and August are the hottest months (average high 97 degrees), December and January the coldest (average low 41 degrees) and the average annual temperature is 70.5 degrees. Population density in 2010 was 1,766 people per square mile.

Median household income, 2012 to 2016, was $41,662. Major employers, in addition to Laughlin AFB, include federal agencies, the San Felipe Del Rio School District and Val Verde Regional Medical Center. It doesn’t take long to get to work; mean travel time, the census says, is about 18 minutes. On the whole, it’s cheaper to live in Del Rio than in much of the rest of the U.S.

Median gross rent was $633 and selected monthly owner costs for housing units with a mortgage were $1,184 in 2016, the census said.

The website www.cityofdelrio.com is a good place to start for general information about the city.

Following are some of Del Rio’s notable neighborhoods.

Settlers drawn to limpid San Felipe Creek and its crystalline springs created Del Rio’s oldest neighborhoods, where adobe or frame cottages nestle beneath lofty native pecans, oaks and sycamores. This area bounded by the creek is one of the most popular places in the city to live.

The Chihuahua barrio, another popular place, is also on the south side of town. St. Joseph Church is the heart of the community, with UCO Park another local landmark.

This neighborhood includes several subdivisions, and the developer nodded to the region’s history with a Native American theme. Streets have names like Medicine Bow, Peacepipe, Arrowhead and Tomahawk.

Del Rio’s newest subdivision lies on the city’s northern rim and is named after ceniza, or Texas purple sage, a silver-leafed plant that bursts into bloom when it’s going to rain.

Val Verde Regional Medical Center and Star Park both are in Eastside, which got its neighborhood name from East Side Elementary School.

Westside lies in the northwest part of the city, and its principal feature is Del Rio International Airport, a general aviation airport favored by Air Force student pilots.