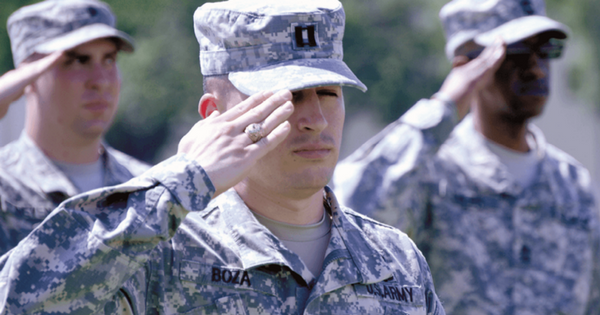 Located in the heart of San Antonio, JBSA-Fort Sam Houston is the birthplace of military aviation and saw the development of the concept of airborne operations. The post evolved into the “Home of Army Medicine” after World War II and into the “Home of Military Medicine.”

Fort Sam Houston was designated as a National Historic Landmark in 1975 as one of the Army’s oldest installations. The fort boasts the largest collection of historic structures. Careful preservation of these areas allows the post to live with its history, surrounded by the traditions of excellence established when the first soldier arrived there in 1845.

Soldiers have been the midwives for the birth of San Antonio, starting with the Spanish who set up a fort in 1718 between the San Antonio River and San Pedro Creek in an effort to combat Native Americans, block contraband flowing between French Louisiana and interior Mexico, support five Franciscan missions and keep settlers from killing each other.

When Mexico won its independence from Spain in 1823, Mexican troops replaced the Spanish, to be replaced in turn by Texian forces after Gen. Sam Houston and his ragtag revolutionary Texian army, 900 strong and mostly armed with squirrel rifles and Bowie knives, fell upon Gen. Antonio Lopez de Santa Anna’s 1,200 soldiers as they napped and routed them in 18 minutes at the Battle of San Jacinto on April 21, 1836.

In turn, with Texas poised for statehood in 1845, three companies of U.S. Army dragoons hotfooted it down from Oklahoma to set up a post that autumn near the Alamo, whose defenders, including Davy Crockett, had been overwhelmed and slaughtered by Santa Anna. The Army established a garrison and regional headquarters in rented buildings and a quartermaster supply depot in the Alamo. If not for the Army, the Alamo might be a parking lot today; an Army quartermaster countermanded another’s order to tear down the battered old shrine and directed that it be repaired and preserved.

In the late 1870s, the Army relocated to what officially became Fort Sam Houston (1890), intended as a permanent post and as home to the San Antonio Quartermaster Depot and a Department of Texas headquarters. The limestone quadrangle was completed in February 1878; its clock tower is the oldest building on post.

Apache leader Geronimo and 32 of his surviving warriors were held for a little over a month in the quadrangle in 1886 while U.S. officials bickered over whether they should be treated as prisoners of war or tried in civilian court, giving rise to the apocryphal tale that the quadrangle was stocked with the deer, peacocks, ducks and bunnies that roam there freely because Geronimo would not eat anything he had not hunted.

Fort Sam Houston’s steady expansion brought it new missions. Military aviation — what eventually became the Air Force — began at the fort in 1910 with a single biplane purchased from the Wright brothers in 1909. The plane was dispatched to Fort Sam Houston with a pilot, Lt. Benjamin D. Foulois, who later said his orders were to “take plenty of spare parts and teach yourself to fly.”

Signal Corps 1, like its sister aircraft, had skids beneath and used rails or a catapult to launch. A pair of Fort Sam Houston aircraft mechanics tinkered with the undercarriage and by August had created a tricycle-style landing gear with wheels. The wheels made it far easier to set the plane down and changed the course of aeronautical engineering.

Removing battle casualties by aircraft was developed at the fort by 1917, and delivering troops by air to battlefields was being tested there as early as 1939. U.S. Border Patrol and Customs agents realized how useful aircraft would be for searching the wild desert between the U.S. and Mexico for smugglers. Denied help by Congress, the agents patched together rickety airplanes seized from smugglers and took to the air. With connivance from Army troops, they stashed their planes in an old hangar at Fort Sam Houston, and their success forced Washington to relent, make their ad hoc operation official and transfer it to the Coast Guard, which had trained pilots and mechanics.

From 1910 until the outbreak of World War II, Fort Sam Houston was the largest Army post in the United States. Medical care has been a post component since its first small dispensary and hospital opened in 1879. Fort Sam Houston now is the largest and most important military medical training facility in the world. It is known as the “Home of Army Medicine” and “Home of the Combat Medic.”

The first permanent hospital was built in 1886, and an 84-bed station hospital entered service in 1907. Brig. Gen. Roger Brooke took over the station hospital from 1929 to 1933 and initiated routine chest X-rays in military medicine. A new 418-bed station hospital opened in 1937 and was the first step toward the Army’s redirecting Fort Sam Houston from an infantry to a medical post.

Swamped by World War II casualties, the station hospital expanded in 1941. In 1944 it changed its name to Brooke General Hospital to honor the brigadier general, and expanded again in 1944. With World War II’s end in 1945, the next year the Army decided to consolidate its medical research and training and chose Fort Sam Houston for the site. Brooke General Hospital was renamed Brooke Army Medical Center.

A replacement hospital dedicated in 1996 was expanded in 2011 and renamed San Antonio Military Medical Center. Brooke Army Medical Center is the umbrella command headquarters for all military medical operations in San Antonio, including SAMMC.