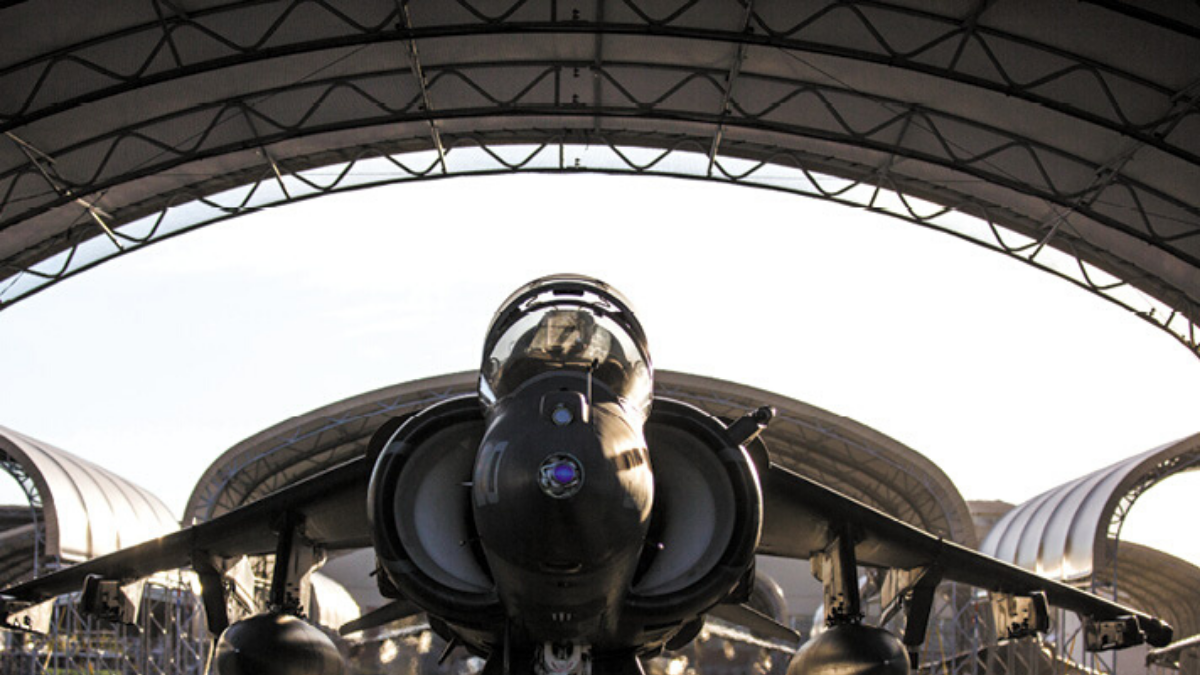 Natural resources brought settlers and prosperity to what became Craven County, North Carolina, more than a century before the American Revolution; the Marines who underwrite the region today came seeking sunshine.

By 1705, plantations were using the Neuse River on the north side of Havelock, home of Marine Corps Air Station Cherry Point, as a trade corridor, and pine resin from the dense pine forests was being turned into turpentine and the natural tar used to waterproof wooden ships (why North Carolinians are “Tar Heels”). At its production peak, 25 percent of the world’s pine tar and turpentine was being drawn from around Havelock, but technology killed the pine products market in the 1860s as steam replaced sails and iron supplanted planks for building vessels. Craven County’s economy abruptly cratered until, on the brink of World War II, Congress appropriated just under $15 million to clear 8,000 acres of malarial swamps, timber and farms for a new Marine air station there. The site’s humming mosquitoes and hurricane risks were more than outweighed by its reliable sunshine, perfect for aviators.

Within the first five months of its August 1941 establishment, the site’s name changed three times: from the original, Air Facilities Under Development at Cherry Point, North Carolina, to Cunningham Field, Cherry Point, to honor the first marine aviator, Lt. Col. Alfred A. Cunningham, then on Dec. 1, to its final name, Marine Corps Air Station Cherry Point. Lore attributes “Cherry Point” to a minuscule settlement of fishermen, hunters and trappers on a nearby creek bank thick with cherry trees; the Cherry Point post office operated there from 1890 to 1935, and though both the settlement and post office are long gone, the name remains.

Building began on Nov. 21, 1941, 17 days before Japan’s attack on Pearl Harbor kicked base construction into high gear. It was commissioned within six months, on May 20, 1942, with its primary mission the training of units and individual Marines to fight in the Pacific theater, though it was also a base for airborne antisubmarine forays to protect the Atlantic coast from German U-boats.

The Korean War brought a steady stream of trained aviators and crews from MCAS Cherry Point, and maintenance and support personnel to cycle in and out of front-line aviation units.

The 2nd Marine Aircraft Wing, split between San Diego and Hawaii since its 1941 commissioning, moved in April 1946 to
MCAS Cherry Point. From there it supplied trained aviators and air crew, maintenance and support personnel as replacements to forward-deployed aviation units throughout the Korean War and later, deployed three A-6 Intruder attack squadrons to the Far East during the Vietnam War as well as regular replacements for air crews and enlisted aviation personnel.

Cherry Point Marines sprang to defend the U.S. after the Sept. 11, 2001, terrorist attacks. Starting in 2001 the air station backed combat units involved in Operation Enduring Freedom in Afghanistan and Operation Iraqi Freedom in Iraq. Units from the 2nd Marine Aircraft Wing trained at Cherry Point’s bombing ranges and expeditionary landing fields between their rotations into Iraq, Afghanistan, the Horn of Africa and aboard ship with deployed Marine Expeditionary Units, as well as traveling to the Far East under the Unit Deployment Program. Harrier, Prowler and KC-130 air crews and ground maintenance Marines trained at Cherry Point, while thousands of East Coast-based ground combat Marines came and went through the air station’s Aerial Port of Embarkation/Debarkation.

Today, Cherry Point’s position as one of the best all-weather jet bases in the world remains as secure as its sunshine. Its four-point runway system gives pilots multiple approach and departure options, and the runways themselves are so long that NASA tabbed them as alternate emergency landing sites during the nation’s space shuttle program. The air station and its associated support sites occupy about 29,000 acres, plus training ranges and auxiliary landing fields. Aviation and naval fighters from all U.S. and some foreign military services have benefitted from Cherry Point facilities and its topography, which includes miles of seashore. In 2015, Cherry Point expanded its air traffic control to more than 9,000 miles of airspace for military, civilian and commercial air traffic.