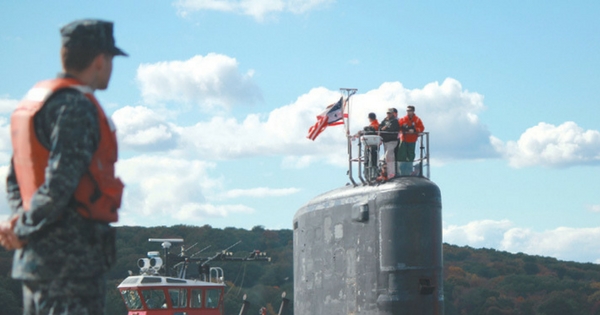 NUMI is the source of training for submarine force independent-duty corpsmen, radiation health technicians, undersea medical officer candidates and radiation health officers. It also provides the Navy’s only Radiation Health Indoctrination Course for officers and enlisted personnel going to a wide variety of billets throughout the fleet. Staff members field calls from military activities all over the world on matters related to radiation health, undersea medicine and submarine medical administration.

The institute is committed to educational excellence and technical expertise, which will create a learning environment that instills competence, confidence and integrity; foster innovation, creativity and teamwork; provides graduates whose performance exceeds the expectations of our customers; and makes a positive impact on the health, safety and well-being of Sailors and Marines worldwide.

Curriculum for Naval Undersea Medical Institute courses is contained on the institute’s website at www.med.navy.mil/sites/nmotc/numi.

The United States Submarine Service has a long and proud tradition of developing and operating with leading-edge technologies. The Naval Submarine Medical Research Laboratory (NSMRL) is a major contributor to integrating these technologies into submarine crew operations.

Located on Submarine Base New London, the laboratory’s researchers have access to three submarine squadrons; the Navy Submarine School; the Naval Submarine Support Facility; the Naval Undersea Medical Institute; and the Electric Boat Division of General Dynamics, which builds the nation’s submarines.

The laboratory is staffed by a diverse group of psychologists, audiologists, physicians, physiologists and electrical, biomedical and nuclear engineers. Several colleges and universities are located in the same area, including the U.S. Coast Guard Academy, the Coast Guard R&D Center, Connecticut College and the University of Connecticut.

NSMRL is at the forefront of operational undersea research and development, as it has been for more than 50 years. Its more specific achievements include:

Arrangements for system validation are conveniently made through Submarine School New London, and sea trials with research products are coordinated through Naval Submarine Base New London in Groton, Connecticut, and Naval Undersea Warfare Center in Newport, Rhode Island.