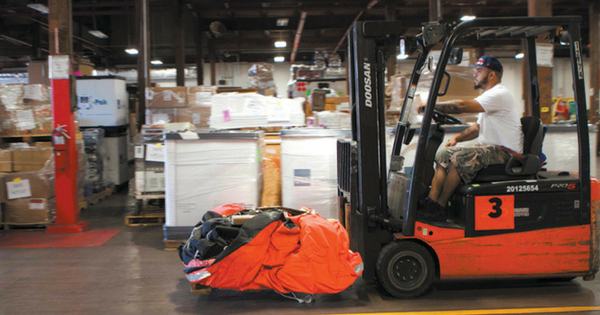 VISION: Deliver the right solution on time, every time with healthy, highly trained employees who champion safety, are united in effort and fully diverse in background, and are fully engaged in bold leadership and innovation to best support the warfighter.

The DLA Distribution Susquehanna, Pennsylvania, is a long-standing tenant of the Naval Support Activity in Mechanicsburg. As the DLA Distribution command’s largest center, this strategic distribution platform is responsible to receive, store, control and ship mission-critical parts to all branches of the U.S. armed services, foreign military services and other federal agencies in the eastern U.S. and overseas.

The history of DLA at the Naval Support Activity began when it was initially named the Defense Supply Agency. The Defense Depot Mechanicsburg, Pennsylvania, was established January 1963 for distributing supplies worldwide, primarily to U.S. military units but also in support of natural disasters and recovery efforts. Early operations included medical set assembly; disposal functions; and the issuing of medical, subsistence, clothing and textile, as well as industrial commodities. By 1969, it employed nearly 2,000 people and occupied over 3 million square feet of covered storage space. When DDMP and the New Cumberland Army Depot were merged as one DLA activity in 1991, DDMP was processing 73,000 items per week and occupied 41 buildings.

The merger for the dual-sited location demanded a strategic plan for an internal reconfiguration and shift in workload. High-demand supply items and most of the special operations have been consolidated to the New Cumberland site, where the command is headquartered. Stock ordered less frequently, inactive items, plus large construction and industrial commodities are managed 11 miles to the west at its Mechanicsburg campus at NSA, referred internally as its west site. As of 2018, DLA Distribution Susquehanna, Pennsylvania, carries 850,000 national stock numbers worth $13 billion and maintains 9 million square feet of storage with a workforce of over 1,700. From that total, the west site is responsible for over 457,114 stock numbers in 30 buildings and three lots consisting of 3.5 million square feet of storage space and employs 228 dedicated personnel that execute either distribution or support functions.