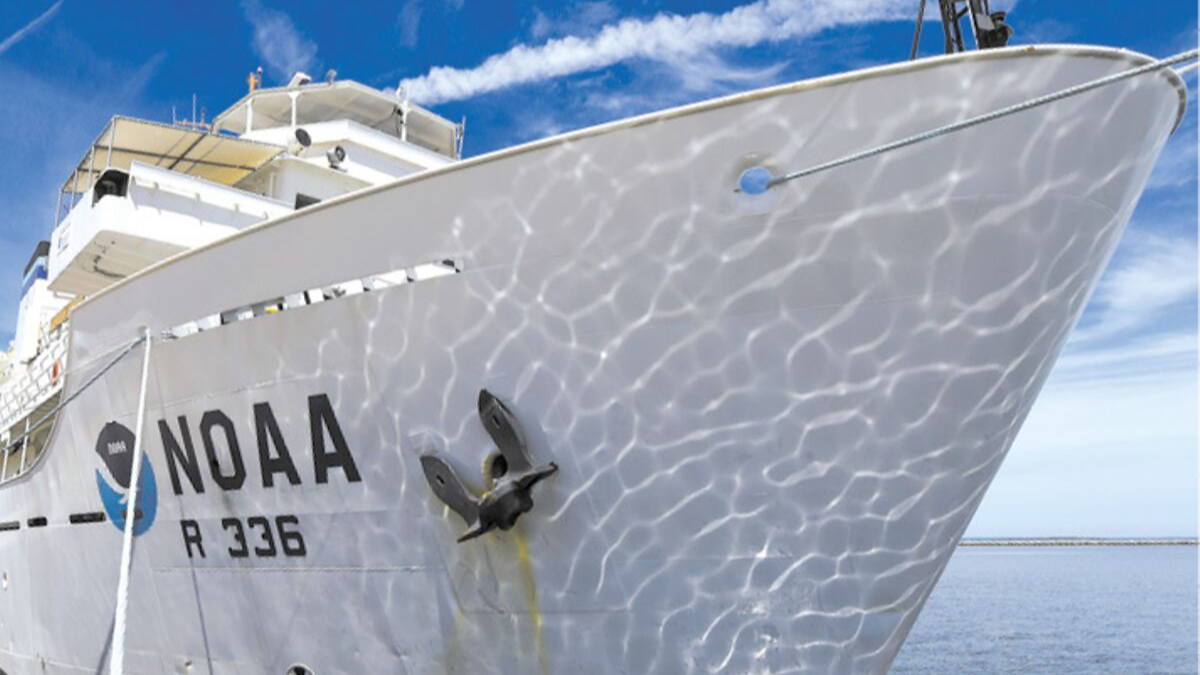 The 209-foot NOAA Ship Henry B. Bigelow supports NOAA’s mission to protect, restore and manage the use of living marine, coastal and ocean resources through ecosystem-based management. Its primary objective is to study, monitor and collect data on a wide range of sea life and ocean conditions, primarily in U.S. waters from Maine to North Carolina. The region includes Georges Bank, one of the world’s best known and most productive marine areas. Bigelow’s “quiet” hull is a design feature built to International Council for Exploration of the Seas standards to minimize sound made by the ship underwater. This allows scientists to use hydro-acoustic methods for surveying marine life and significantly reduces changes in the natural behavior of animals caused by ship noise. The ship is named after Henry Bryant Bigelow (1879-1967), a Harvard-educated zoologist whose work contributed to the scholarly foundation for oceanography as a scientific discipline. He served on the Harvard faculty for 62 years, published more than 100 scientific papers (many of them seminal works), and was the first director of the Woods Hole Oceanographic Institution.