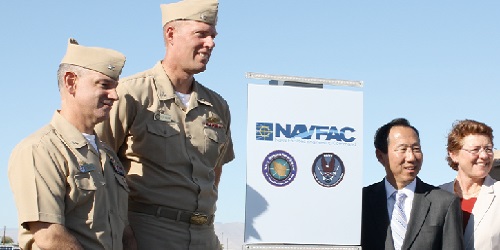 The Naval Ordnance Test Station (NOTS) was established Nov. 8, 1943 as a partnership between the Navy and the California Institute of Technology for the testing and evaluation of rockets developed by the academic institution as well as other aviation ordnance. This partnership created a pattern of cooperation and interaction between civilian scientists and engineers and experienced military personnel that has made China Lake one of the preeminent research, development, testing and evaluation (RDT&E) institutions in the world.

Located 150 miles north of Los Angeles, NAWS China Lake’s remoteness, near perfect flying weather and practically unlimited visibility proved an ideal location, not only for testing and evaluation activities, but also for a complete research and development establishment.

Since 1943, China Lake civilian and military personnel have developed and/or tested nearly every significant airborne weapon system used by the military today, including the famed Sidewinder air-to-air missile, the Shrike anti- radiation missile, the Zuni rocket, a series of aircraft rockets, an entire family of freefall weapons, torpedoes, the TV- guided Walleye glide bomb, the Joint Stand-Off Weapons (JSOW) and the Joint Direct-Attack Munitions (JDAM), to name a few.

Replacement value for the infrastructure is roughly $3 billion

More than 18,000 manned and un-manned military sorties are conducted out of Armitage Field by all U.S. services each year.

Foreign military personnel use the airfield and ranges to conduct more than 500 test and evaluation operations each year.

The 19,600 square miles of restricted and controlled airspace at China Lake makes up 12 percent of California’s total airspace and provides an unprecedented venue for integrated testing and training of today’s war fighter.