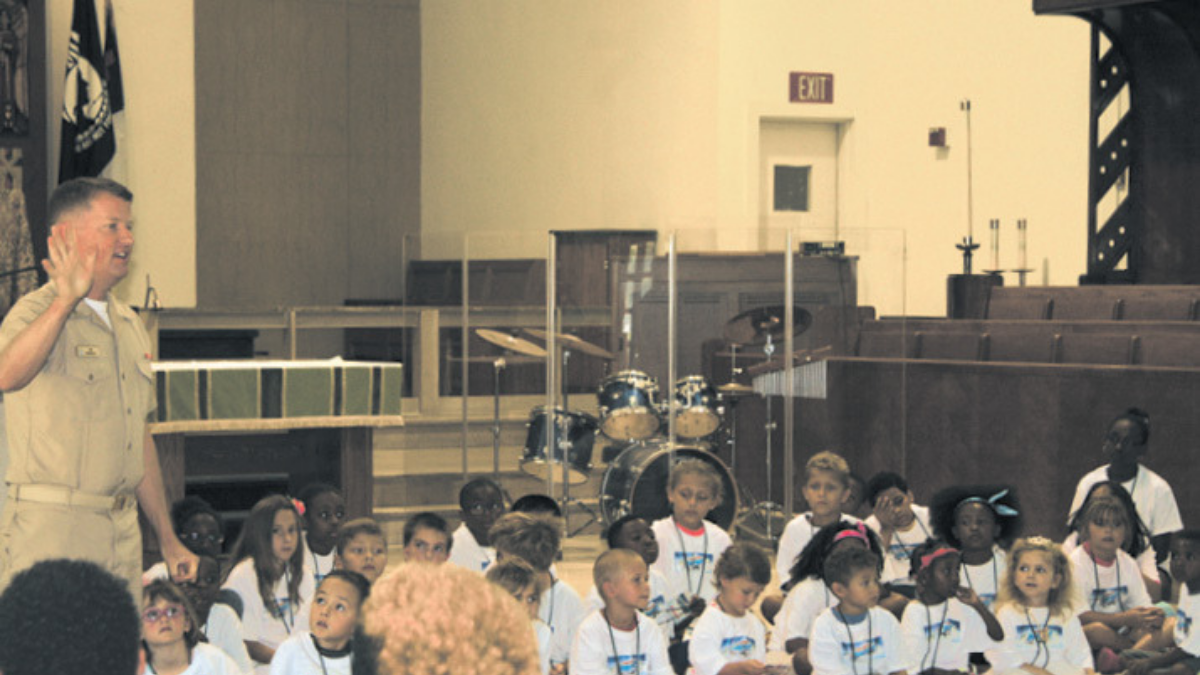 The NAS Chapel Center at the corner of Mustin and Birmingham roads is flanked by two historic chapels: St. Edward’s (Roman Catholic) and All Saints’ (Protestant). A wing of offices, meeting rooms and a social hall connect these buildings. A religious education complex is behind the chapels.

The chaplain’s office coordinates religious, social and educational events for more than 5,000 people every month. Special celebrations should be scheduled well in advance: six months for Roman Catholic weddings and at least three months for all other weddings.

NAS Jacksonville’s chaplain’s office can be reached during normal working hours by calling 904-542-3051 or after hours (duty chaplain) by calling 904-614-7385. Information on various faith communities in the Jacksonville area is available at the Chapel Center.

CCD (September to May):