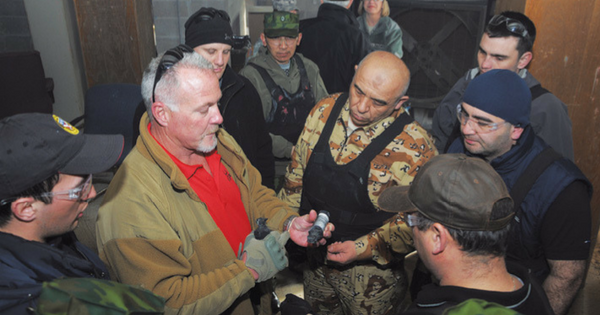 The RCTA is the epitome of the “Whole of Government” approach; it is federally funded by the Department of Defense via the Mississippi National Guard, to train federal, state and local law enforcement. The unique partnership between the National Guard and law enforcement has allowed the RCTA to train 112,000 officers and Counterdrug Soldiers/Airmen since its inception in 1992 from all 54 states and territories. The U.S. military has developed into not only the best fighting force on earth but the best training force in the world. The RCTA leverages this training capability in delivering high- quality facilities, equipment and professional training to all levels of entities that support our nation in the fight against illicit narcotics.

Law enforcement officers attend in a tuition-free status with room and board paid for by the RCTA. The only expense to law enforcement is the transportation cost to NAS Meridian and the officer’s salary while in school. The premise is that the purveyors of illegal drugs have almost unlimited financial resources and law enforcement agencies are on the opposite end of this spectrum. Tragically, expensive training is often out of reach for most law enforcement agencies and cops have to train while on the streets. Obviously, the “battlefield” is a tough place to be trained. The RCTA was established to help ease this training dilemma.

The original charter was limited to the states of Alabama, Louisiana and Mississippi, but in 1996 Georgia was included, followed by Tennessee in 2001. The RCTA is also authorized to train officers outside the five-state region, as well as military personnel involved in counterdrug efforts.

The RCTA’s motto, “Perseverate in Pugna” or “Press the Fight,” summarizes the academy’s mission of instilling a sense of fight or perseverance that must be maintained in the war on drugs.