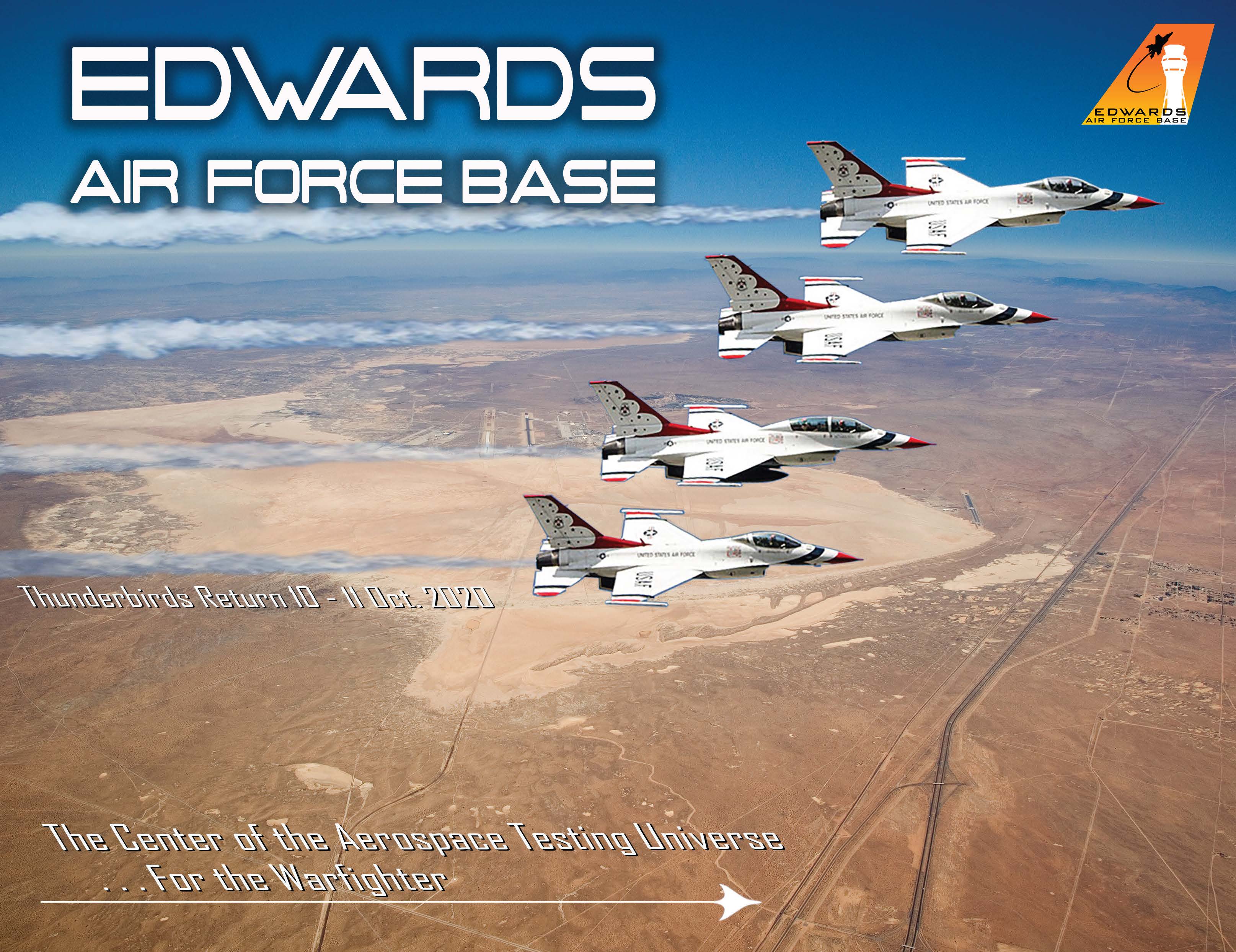 How to Relocate to Edwards Air Force Base: A Guide

Hello and welcome to Edwards Air Force Base! Home to some of the most revolutionary advancements in the history of flight and aeronautical science, Edwards sits in the breathtakingly scenic high desert of inland southern California. Stretching across 481 square miles that includes two massive dry lake beds and eighteen separate runways, the base is the second largest in the entire United States Air Force. When you and your military family relocate here, you’ll become part of the one our nation’s foremost military aviation and research sites.

History of Edwards Air Force Base

The first military involvement with the dry lake beds was the use of Rogers Dry Lake (then called Muroc Dry Lake) as a bombing range for Army aircraft out of nearby March Air Base (now March Air Reserve Base) in the early 1930s. The base expanded over the latter years of the decade as World War Two drew near, its extremely flat terrain serving as a massive natural runway. With America’s entry into the war, the lake bed became home to several bomber and aerial reconnaissance units, was officially put under the command of the Fourth Air Force, and named Muroc Army Airfield.

It initially served as a major training base, instructing bomber crews in the operation of a variety of airframes as well as a number of P-38 Lightning fighter pilots. But Muroc soon became home to personnel and units testing experimental aircraft including America’s first jet airplane, the Bell P-59 Airacomet, in 1942. It was this mission, of researching and assessing the viability of new and radical aircraft, which would become the base’s primary purpose. After WWII’s end, the units and personnel at Edwards focused more and more on testing a variety of jet aircraft for potential military use. Perhaps no instance of this work is more deservedly famous than the breaking of the sound barrier by a Bell X-1 piloted by then-Captain Charles “Chuck” Yeager on October 14th, 1947.

In 1949 the base was renamed to both reflect the creation of the Air Force as a separate branch of service two years earlier and honor Captain Glen Edwards, a WWII bomber pilot who died in 1948 testing an experimental bomber in the skies above the dry lake. As the Cold War went on, Edwards AFB saw countless new innovations and advances in military aviation. Most recognizable military aircraft produced by the US were tested and developed, at least in some part, here. The base also came to house several NASA facilities, including the Armstrong Flight Research Center and a backup landing facility for the space shuttle.

Today, Edwards Air Force Base is overseen by the 412th Air Test Wing and continues to serve as the primary location of all new aircraft testing and development conducted by the US Air Force. It also houses the branch’s Test Pilot School and units of the US Navy, British Royal Air Force, and Royal Netherlands Air Force. When you and your military family relocate up into the sunny, sandy dry lakes of our post you’ll be joining us on the cutting edge of advancements in the air, into space, and beyond.