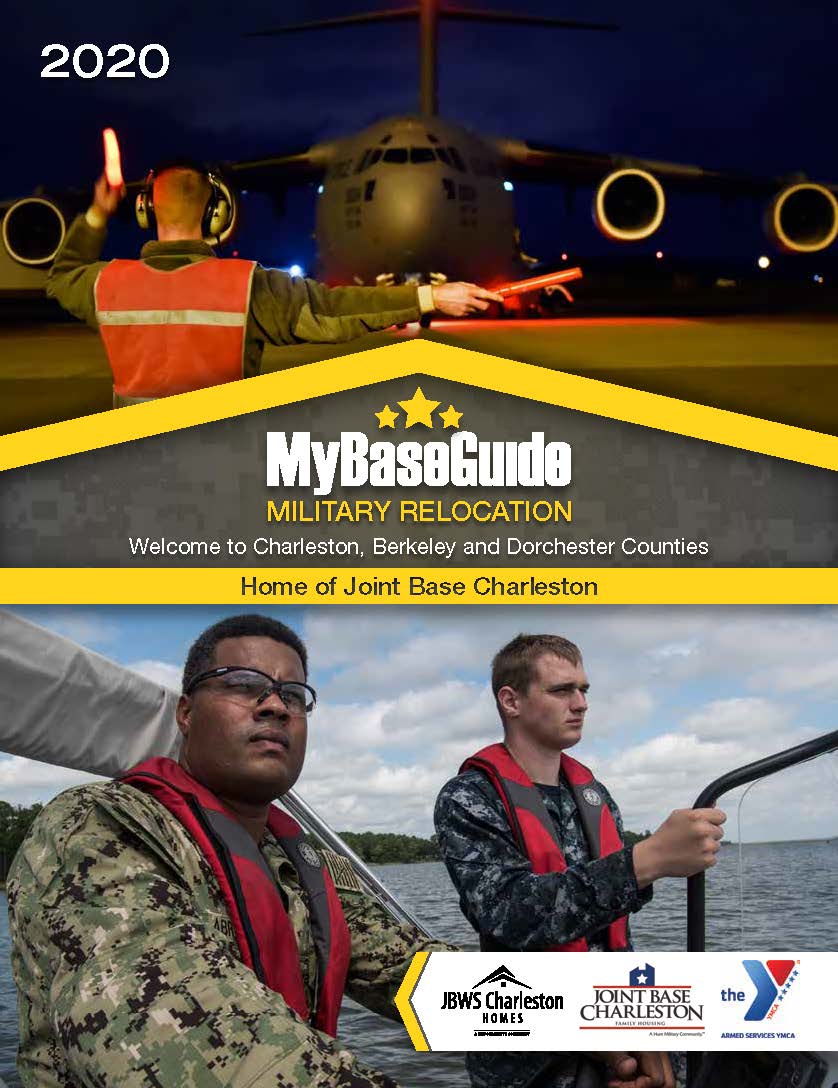 How to Relocate to Joint Base Charleston: A Guide

Hello and welcome to Joint Base Charleston! Located just north of the beautiful and historic city of Charleston, our post is home to thousands of hardworking personnel from all five branches of the United States military and more than 60 federal agencies. By relocating here, you and your military family join them in making the post one of the most important joint bases in the entire Department of Defense.

History of Joint Base Charleston

The base as a joint facility came into existence just a few short years ago, in 2010, when Charleston Air Force Base and Naval Support Activity Charleston merged into a single post. The airbase began in 1928 as a city-operated airfield (what is today Charleston International Airport). In the lead up to America’s entry into World War Two, the Army Air Corps helped to build up the airport in anticipation of using it for military purposes if war broke out. When it did, the Army officially took over the facility and began moving squadrons there within days of the attack on Pearl Harbor. After the war, the Army returned control of the airport to the city of Charleston. But with the Cold War beginning, the military soon began leasing a portion of the airport and the portion used for their purposes was designated Charleston Air Force base in 1953. From then on, the base operated continuously alongside the civilian airport and its units continue to do so since the merger.

The Naval Support Activity portion began a mere month before the US entered WWII as a massive ammunition depot that supplied much of the Navy’s Atlantic fleet throughout the war. During the Cold War the base expanded greatly and, among its many responsibilities, arming American missile submarines with their nuclear weapons. It also became (and still is) the home to Naval Nuclear Power Training Command which trains all sailors, enlisted and commissioned, who work in the nuclear power fields of the US Navy.

Life at Joint Base Charleston Today

Today, JB Charleston is home to the Air Force’s 628th Air Base Wing, oversees three seaports, two civilian-military airfields, and covers almost 24,000 acres of land and coastline. Joint Base Charleston also offers unique installation support missions including the harbor security patrol, the transportation isolation system (TIS) and the Cooper River dredging. It’s a diverse and significant base just outside the heart of one of America’s greatest cities. You and your military family should feel privileged and honored to relocate here. And we’re privileged and honored to have you.