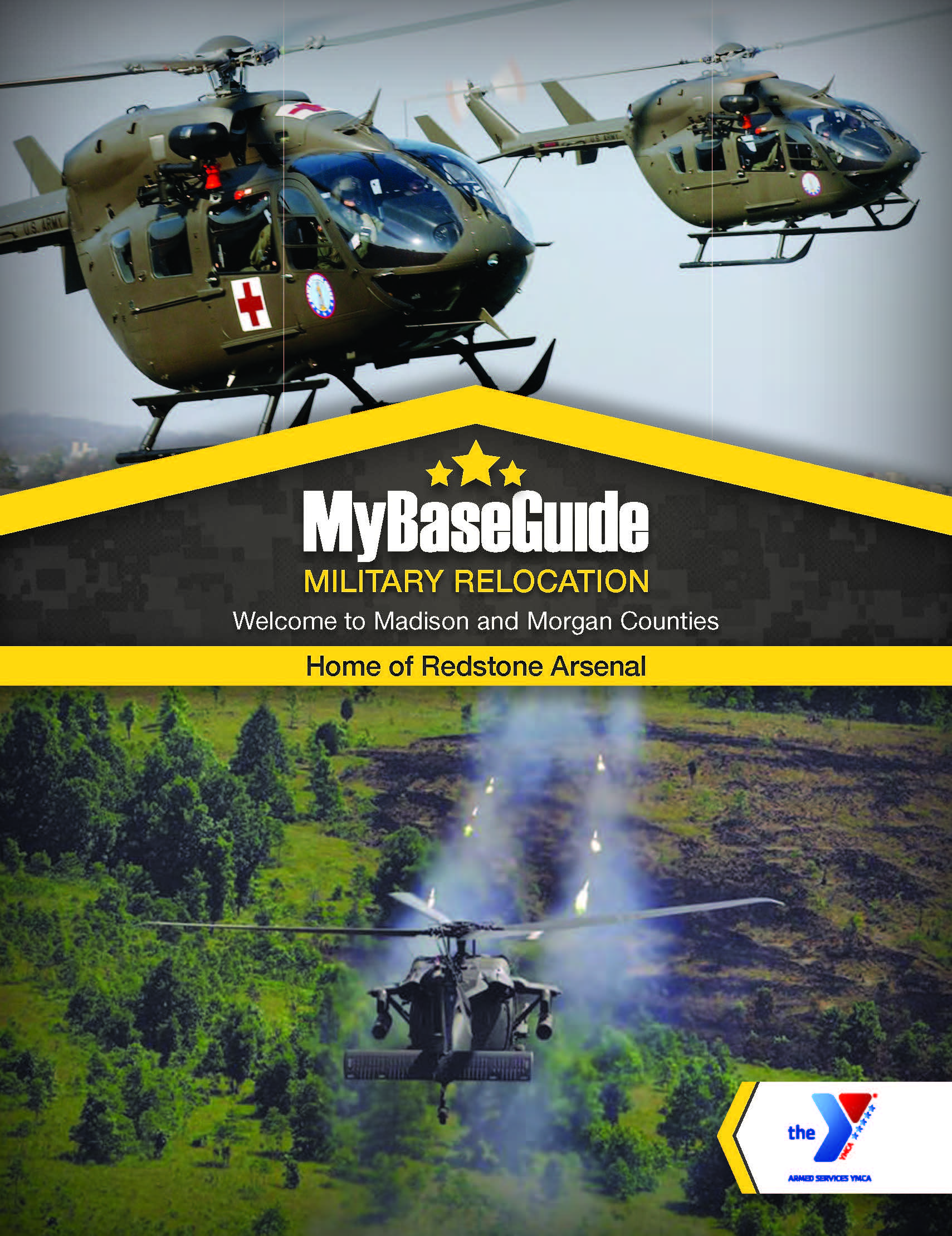 How to Relocate to Redstone Arsenal: A Guide

Hello and welcome to Redstone Arsenal! Congratulations on the relocation of your military family to this simultaneously historic and cutting edge facility. Amid the green hills and pleasant valleys of the Tennessee River Valley, the Arsenal is adjacent to Huntsville, Alabama. Often referred to as Rocket City for its proximity to Redstone and the scientific advancements achieved there, it’s the second most populous metro area in the whole state with all the amenities and culture you’d expect from a big city like that. And the base itself is nothing short of fascinating.

It took a whole lot of brilliant people working very hard in a lot of different places to put the first Americans into space in the early 1960’s. And few places were as valuable to that groundbreaking and noble endeavor as the United States Army’s Redstone Arsenal.

The post’s history began in 1941 when the Army bought up a large chunk of land along the Tennessee River to build a chemical weapons plant in the military buildup before World War Two. The resulting installation was made of three different complexes: the Huntsville Arsenal, the Huntsville Depot, and the Redstone Arsenal Plant. Most of the chemical weapons produced there were never used in combat, though a number of smoke and incendiary shells, as well as some early offensive rockets, came from the factories there.

With the end of the war, all three facilities were shut down for several years only to be reopened and consolidated into a single post, Redstone Arsenal, in the late 1940’s. The Army designated it as their Ordnance Rocket Center, the primary site for research and development of rocket weaponry. As the Space Race intensified during the 1950’s, the development of rockets for scientific and exploratory purposes became a major priority as well. After President Eisenhower formed the National Aeronautics and Space Administration (NASA) in 1958, a large chunk of the post was transferred to the new organization and became the George C. Marshall Space Flight Center (MSFC) with famed physicist Wernher von Braun as its director.

When Alan Shepard became the first American in space on May 5th of 1961, he and his capsule (Freedom 7) were shot 101.2 nautical miles up atop a Mercury-Redstone Launch Vehicle partially named for the place it had been developed. And the Saturn rockets that launched the Apollo missions a few years later, finally putting men on the moon, were developed at the MSFC as well. Everything from the earliest ballistic missiles to the space shuttle was, at least in part, created by the minds of men and women working at the Redstone Arsenal.

Today, Redstone Arsenal remains the key facility for the testing and development of rockets and missiles. The United States Army Aviation and Missile Command, the descendant of the various differently named units that have overseen the Army’s rocketry programs over the years, is headquartered there. In addition to the old prerogative of rockets and missiles, the Arsenal also houses personnel and facilities aimed at developing and improving all Army airframes from attack helicopters to UAVs. And the MSFC remains NASA’s largest facility, providing vital support to the International Space Station and conducting invaluable research to forward the future of human space exploration.

By relocating here, you and your military family add their names to the long list of people who continue to make this pioneering progress into space and beyond possible.